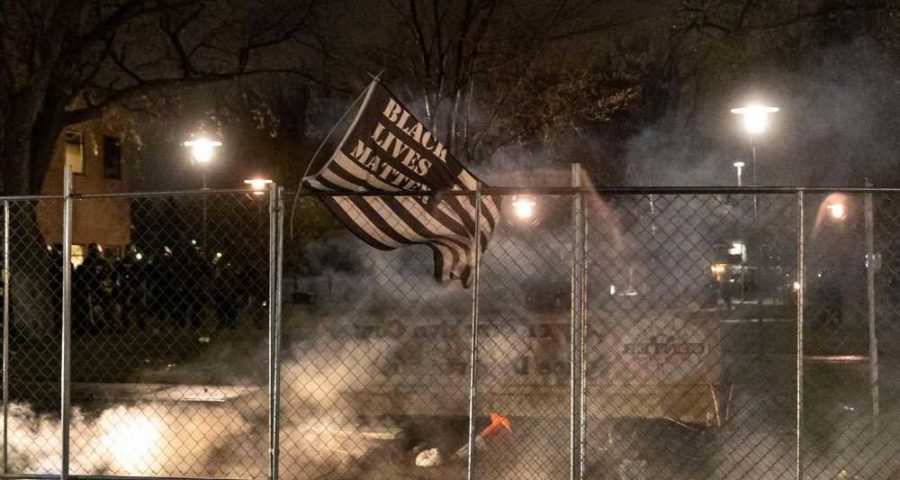 Biden: Daunte Wright protesters have no justification for looting

Protesters were met by dozens of law enforcement officers who fired rubber bullets and tear gas after telling the crowd to disperse, according to local reports.

The demonstrators broke into chants of “Daunte Wright!” and “You can’t stop the revolution!” Some shouted obscenities at officers.

Police had put up a chain link fence and concrete barriers around the precinct earlier in the day. Local cops, as well as Minnesota National Guard and Minnesota State Patrol officers surrounded the building, the Star Tribune reported.

Minnesota Gov. Tim Walz instituted another dusk-to-dawn curfew, but many of the protesters, who gathered at the precinct earlier in the day for a vigil for Wright, remained well past the deadline.

Wright, 20, was fatally shot by Brooklyn Center cop, identified by the Tribune as 25-year veteran Kimberly Potter, during a traffic stop on Sunday.

Police Chief Tim Gannon said the officer had intended to deploy a Taser as the man struggled with police — but fired a handgun instead.

The clashes on Monday came after heated demonstrations and scattered reports of looting in the Minneapolis suburb on Sunday night.