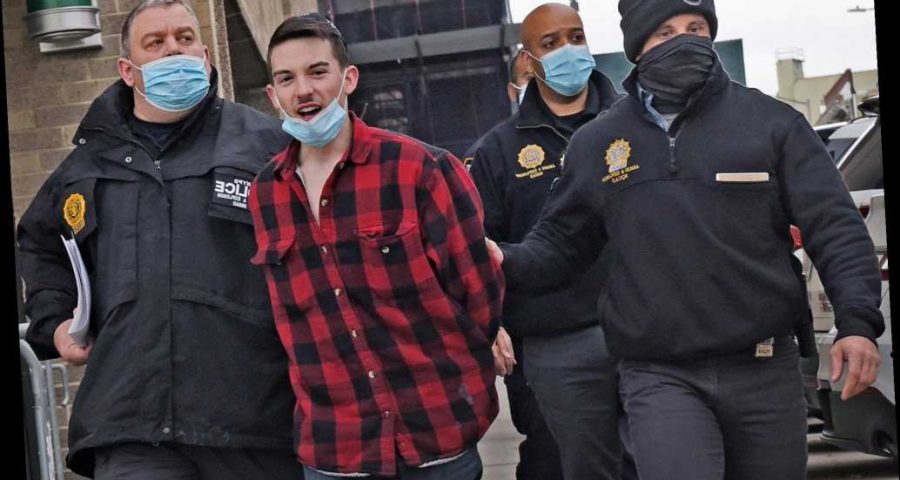 No, ‘Saved by the Bell’ star Dustin Diamond did not die in prison riot

The man suspected of placing a hoax bomb inside a Tesla at the Queens Place Mall was charged on Tuesday, police sources said — and claimed in a rant to reporters that he was simply charging the battery.

Louis Shenker, 22, was charged with placing a false bomb and criminal possession of stolen property — both felonies — in connection to the makeshift item, with wires connected to an aerosol can, discovered on the car left abandoned on a ramp leading to the mall’s parking garage just after 7:30 a.m. Monday, the sources said.

He was also charged with abandonment of a disabled animal, a misdemeanor, in connection to the husky that police rescued upon finding it trapped inside the car.

“The media is full of fake news, and we’re going to sue the s–t out of you for lying,” he added.

He also rambled about the coming of the “Mashiach,” the Hebrew word for “Messiah,” which he said will be “this year” — and declared that Mayor Bill de Blasio “is not going to win.”

Shenker has pushed conspiracy theories about the coronavirus and the November election on his own podcast, “The Minuteman,” on social media and on an InfoWars webcast, according to reports.

He was previously arrested Dec. 31 on arson and criminal mischief charges from an incident the day before, according to court records.

He is due back in court on March 3 in connection to that case.