R. Kelly jurors begin deliberations on his sex trafficking charges after a 23 day trial: Prosecutors lay into singer in closing arguments and say he ‘targeted and groomed girls, boys and women’

R. Kelly’s fate is now in a jury’s hands after weeks of lurid testimony in his sexual misconduct trial.

A jury of seven men and five women began deliberating federal racketeering and sex trafficking charges against the R&B superstar on Friday in Brooklyn, where prosecutors and defense attorneys finished their closing arguments this week.

Robert Sylvester Kelly, 54, is accused of running a Chicago-based criminal enterprise that prosecutors say he used to ‘target, groom and exploit girls, boys and women’ for unwanted sex and mental torment.

The witnesses said Kelly subjected them to perverse and sadistic whims when they were underage. He has denied any wrongdoing. 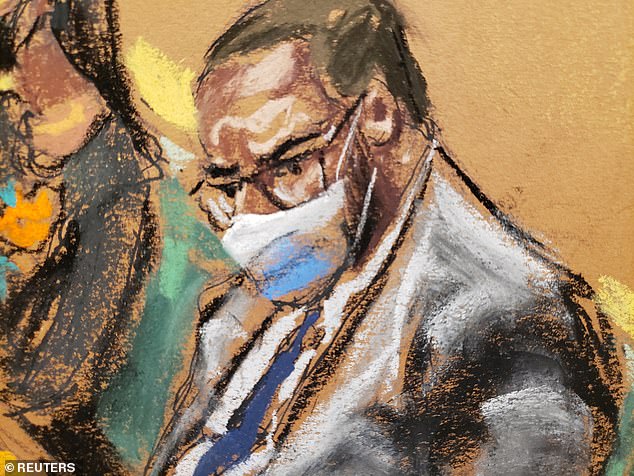 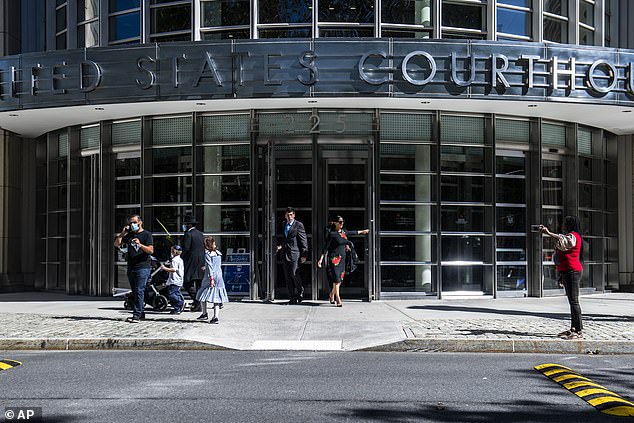 Kelly ‘believed the music, the fame and the celebrity meant he could do whatever he wanted,’ Assistant U.S. Attorney Nadia Shihata said in federal court in Brooklyn in a fiery rebuttal to the defense’s closing argument that portrayed Kelly as a victim of false accusations.

But, she added, ‘He’s not a genius, he’s a criminal. A predator.’ She added that his alleged victims ‘aren’t groupies or gold diggers. They’re human beings.’

Kelly has pleaded not guilty to racketeering charges accusing him of abusing women, girls and boys for more than two decades.

He is also charged with multiple violations of the Mann Act, which makes it illegal to transport anyone across state lines ‘for any immoral purpose.’

Known for the 1996 Grammy-winning smash ‘I Believe I Can Fly,’ Kelly had been trailed by sexual abuse accusations for much of his career before being charged in New York with nine criminal counts, including a broad racketeering charge. 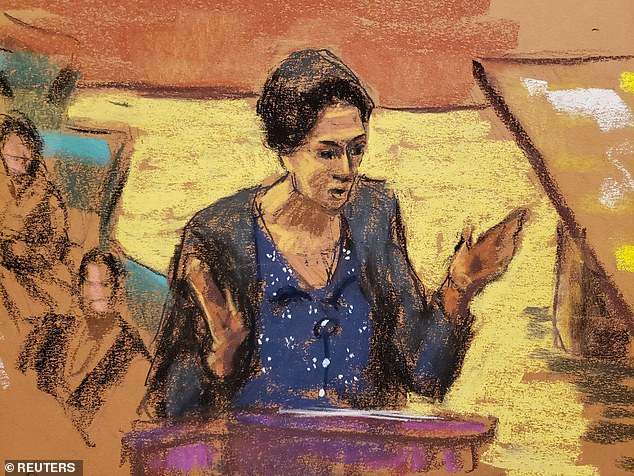 Kelly ‘believed the music, the fame and the celebrity meant he could do whatever he wanted,’ Assistant U.S. Attorney Nadia Shihata (above) said in closing arguments 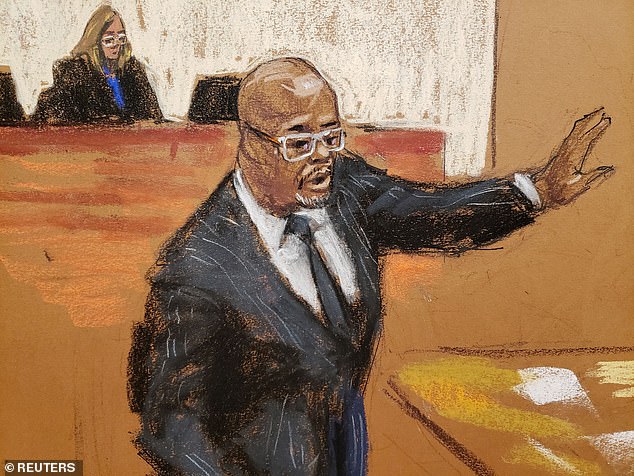 Prosecutors have tried to portray Kelly as a short-tempered, violent predator who used his fame and charisma to draw women and underage girls into his orbit, where he would subject them to physical and sexual abuse, including unwanted intercourse.

Several accusers testified that Kelly forced them to abide by strict rules or else face punishment, and write ‘apology letters’ designed to absolve him of blame.

Prosecutors say their evidence proves how Kelly, with the help of some loyal members of his entourage, used tactics from ‘the predator playbook’ to sexually exploit his victims.

The tactics included isolating them in hotel rooms or his recording studio, subjecting them to degrading rules like making them call him ‘Daddy’ and shooting video recordings – some seen by the jury at trial – of them having sex with him and others as a means to control them, prosecutors said.

Kelly’s lawyers have tried to portray his accusers as liars eager to cash in by denigrating the singer out of spite, because their relationships did not work out or Kelly was not a springboard for their careers. 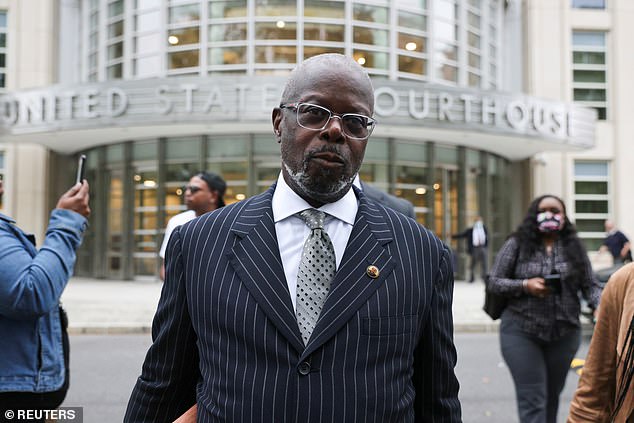 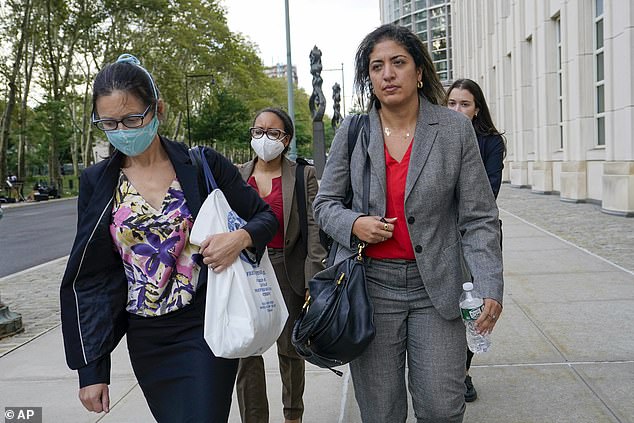 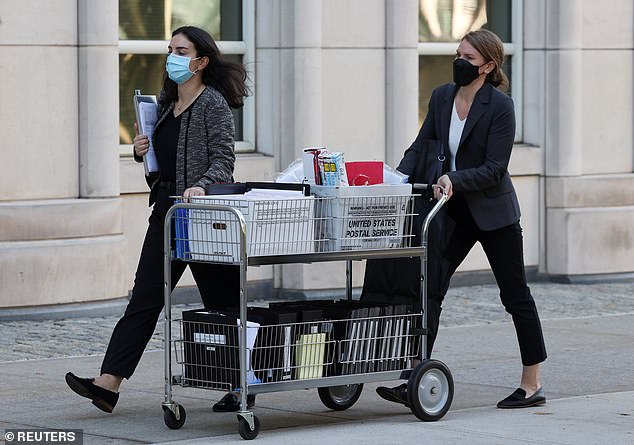 In his closing, defense attorney Deveraux Cannick told the jury that testimony by several accusers was full of lies, and that ‘the government let them lie.’

Cannick argued there was no evidence Kelly’s accusers were never forced to do anything against their will.

Instead, Cannick said, Kelly’s girlfriends stuck around because he spoiled them with free air travel, shopping sprees and fancy dinners – treatment that belied the predator label.

‘He gave them a lavish lifestyle,’ he said. ‘That’s not what a predator is supposed to do.’

Cannick invoked civil rights leader Martin Luther King Jr by urging jurors to summon the courage to treat Kelly fairly, as he said Kelly did to those around him – ‘like gold,’ Cannick said.

In her rebuttal, Assistant U.S. Attorney Shihata rejected the defense suggestion that Kelly’s accusers were “groupies” or “gold diggers.”

She also said topping the music charts and traveling the world did not give Kelly a license to break the law.

Kelly’s trial began on Aug. 18. He did not testify in his own defense, which is his right.

Even if he is acquitted, Kelly still faces federal charges in Chicago on child pornography and obstruction, and state charges in Illinois and Minnesota.