Danny Baker has apologised after he posted a ‘racist’ royal baby tweet showing a picture of a monkey wearing a suit outside a hospital.

The BBC Radio 5 Live host sparked outrage after he uploaded an image of a couple holding hands with the animal, with the caption: ‘Royal baby leaves hospital.’

He later removed the picture after it was hit by a huge backlash with users branding it ‘racist’ because of Meghan’s heritage.

The Duchess of Sussex’s estranged father Thomas Markle is white and mother Doria Ragland is black. 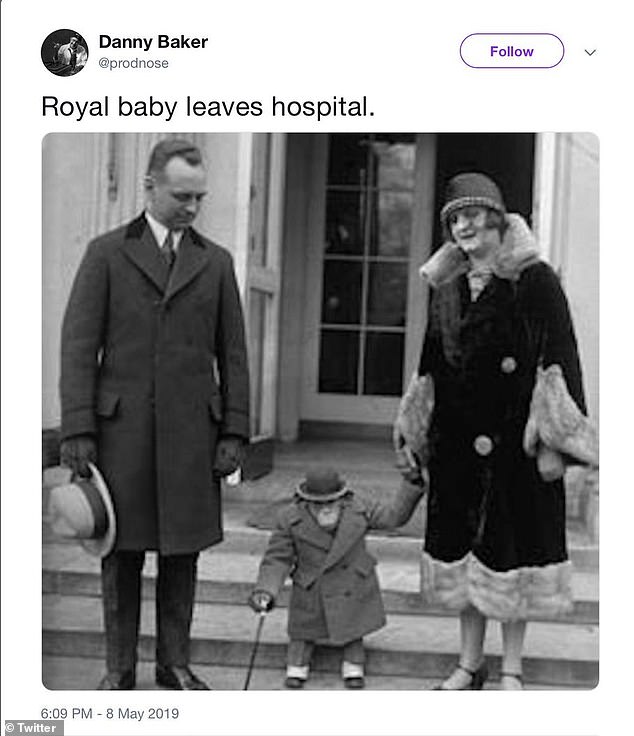 The BBC Radio 5 Live host sparked outrage after he uploaded this image of a couple clinging on to a monkey wearing a suit with the caption: ‘Royal baby leaves hospital’

Baker (pictured on I’m a Celebrity Get Me Out of Here in 2016, and right) later removed the picture after he was hit by a huge backlash with users branding it ‘racist’ because of Meghan’s heritage

He wrote: ‘Sorry my gag pic of the little fella in the posh outfit has whipped some up.

‘Never occurred to me because, well, mind not diseased.

‘Soon as those good enough to point out it’s possible connotations got in touch, down it came. And that’s it.

Baker, who has appeared on ITV’s I’m a Celebrity Get Me Out of Here! added: ‘Connection never occurred to me till people were good enough to enlighten. 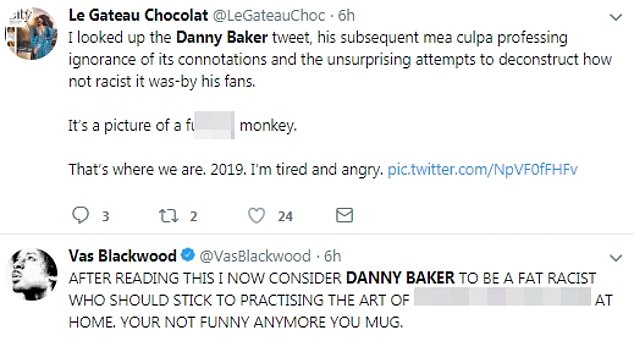 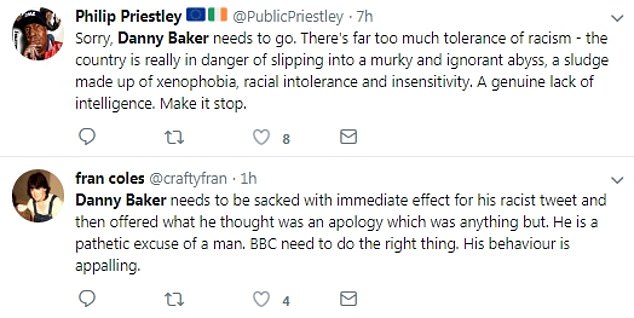 Twitter users called on the BBC to sack him following the tweet, which came just hours after Prince Harry and Meghan revealed baby Archie to the world

Twitter users called on the BBC to sack him following the tweet, which came just hours after Prince Harry and Meghan revealed baby Archie to the world.

One wrote:  Danny Baker posts an image comparing Archie – a Royal newborn with African heritage, to an APE.

‘Danny Baker should be sacked this morning!!!’

‘If he is still there at 16.59 @bbc MUST FIRE HIM! I’m disgusted by the hate and racism inherent in his Tweet Unforgivable HE’s not fit to be a broadcaster employed from the public purse.

‘Royal Baby is just two days old and he’s already being trolled by Danny Baker who has compared him to a chimpanzee…and Baker claims he’s not racist.’ 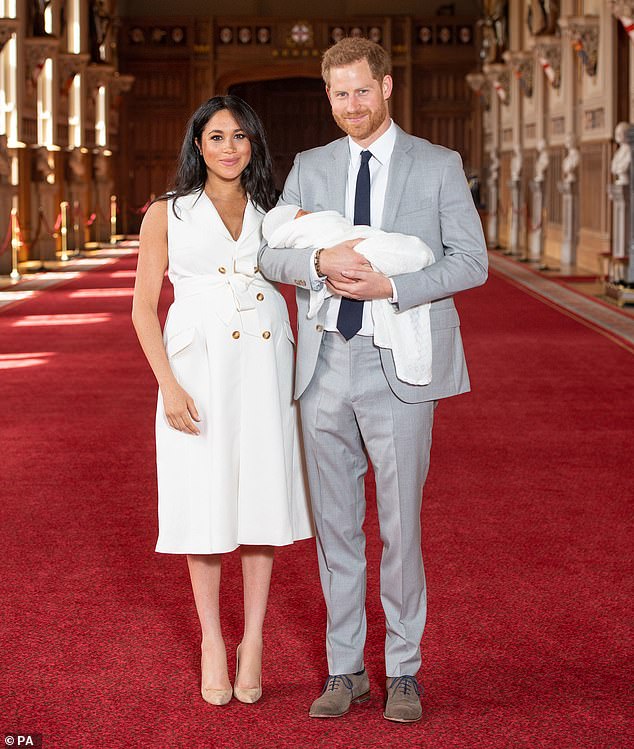 Another said: ‘His defence? His ‘mind is not diseased!’ Is there a pic of Danny Baker introducing his career to a toilet?

Another said: ‘Sorry, Danny Baker needs to go. There’s far too much tolerance of racism – the country is really in danger of slipping into a murky and ignorant abyss, a sludge made up of xenophobia, racial intolerance and insenstivity.’

‘A genuine lack of intelligence. Make it stop.’

Another added: ‘Danny Baker needs to be sacked with immediate effect for his racist tweet and then offered what he thought was an apology which was anything but. He is a pathetic excuse of a man.

‘BBC need to do the right thing. His behaviour is appalling.’