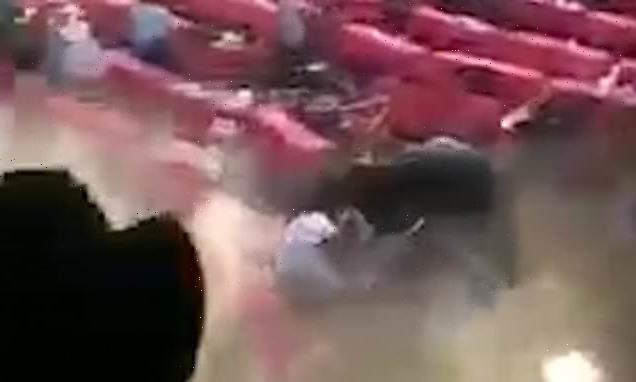 This is the shocking moment ten people were injured after a bull escaped and attacked fans at an illegal rodeo in Mexico.

The angry animal was able to cross an inadequate fence and began attacking fans at the arena in Puruándiro, Michoacán on Sunday.

The event, which should have been banned due to Covid-19 restrictions in the region. 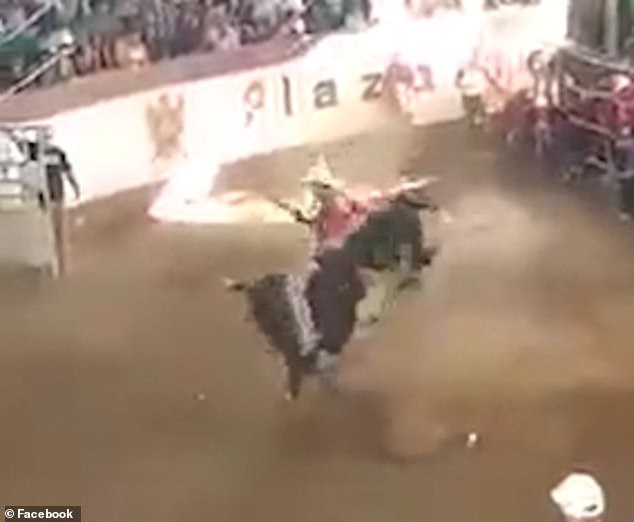 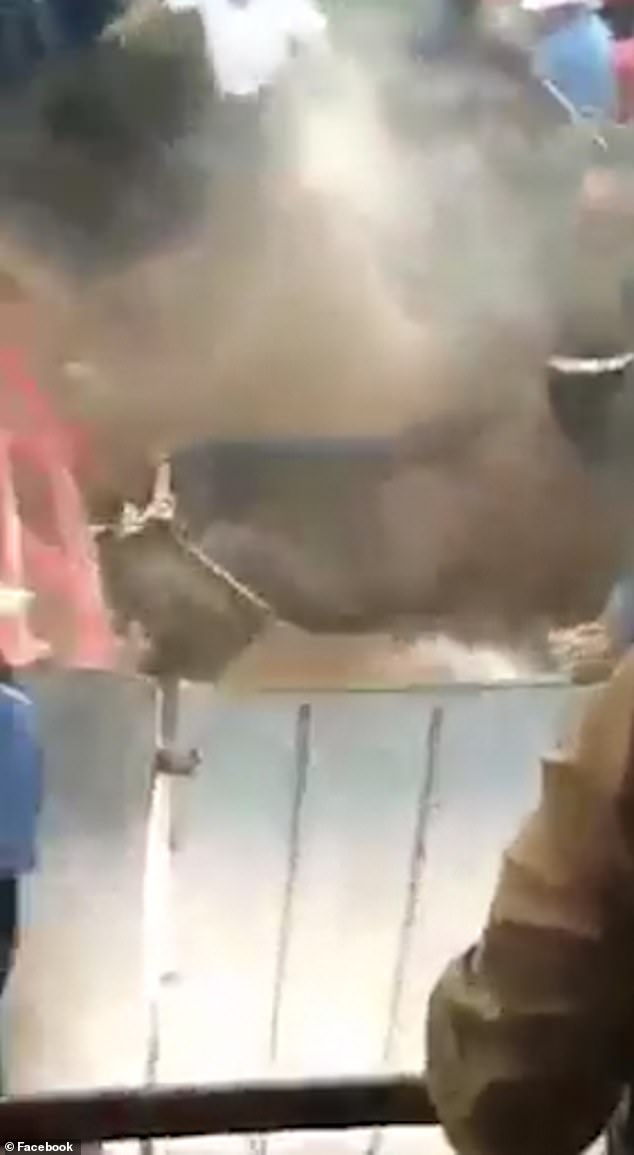 Local reports said one woman was crushed underneath the bull while several people were struck by the animal’s horns.

Footage of the incident shows the bull rider astride the animal for some 20 seconds before being thrown to the ground.

The bull then vaults the fence before rampaging through the seating area as terrified spectators attempted to flee.

One woman, who was trying to control the beast was struck by its horns several times. Despite this, she continues to try and steer the animal away from the spectators.

The video has been shared widely on social media.

Local officials had granted the rodeo a licence even though such gatherings were banned under Covid-19 regulations.

As well as the rodeo, the event featured food, alcohol and several bands playing music popular in the region.

One man in a wheelchair had a narrow escape from the charging bull, who escaped the arena after tossing off his rider. 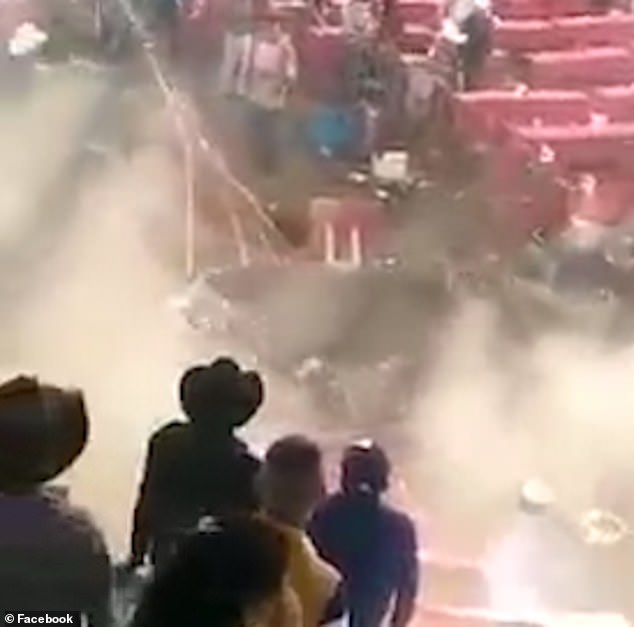 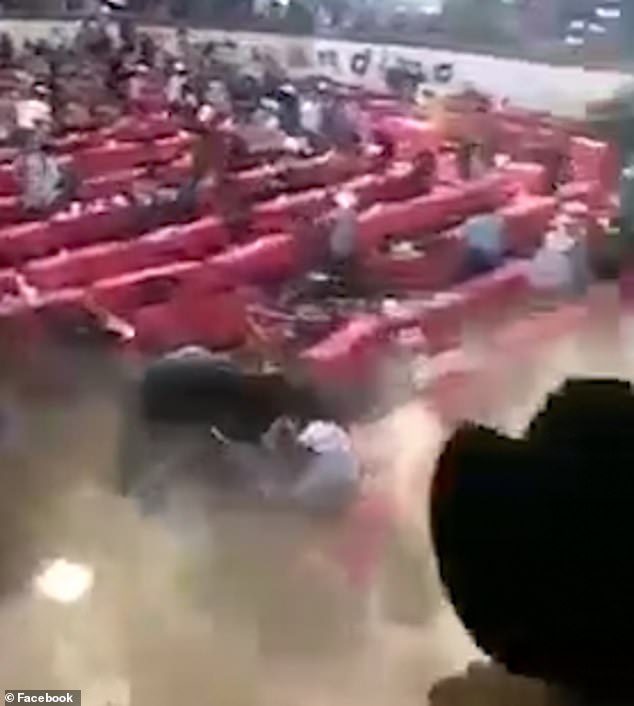 The local government has launched an investigation as to why organisers were granted a licence.

The dramatic footage shows women and children among those trying to escape from the bull.

Some people jumped into the arena from the spectator area to avoid the bull.

Eventually, the support staff were able to corral the animal and steer it back to the arena – placing several more people in danger until they were able to clamber over a safety fence.