Real Housewives of Cheshire star, 46, in appeal court battle with her millionaire ex-husband over her £3m divorce payout which he claims was ‘discriminatory’ against him as the family ‘breadwinner’

Real Housewives of Cheshire star Lauren Simon (pictured outside London’a Appeal Court) was handed the lump sum last year, after the end of her 13-year marriage

A reality television star and her property millionaire ex-husband are fighting over a £3million divorce payout he says was ‘discriminatory’ against him.

Lauren Simon, 46, who appeared on the Real Housewives of Cheshire, was handed the lump sum last year, after the end of her 13-year marriage to businessman Paul Simon, 49.

But Mr Simon, who lived with his now ex wife in a lavish £1.8million home in Bowden, Cheshire, claims the divorce order has effectively left him with no ready cash of his own.

He says the payout amounts to £1million more than the £2million the couple had between them in liquid assets.

He is asking top judges at the Court of Appeal to rule the payout was ‘inherently discriminatory’ in favour of his wife as ‘homemaker’ and against him as the main ‘breadwinner’ in the family.

But Mrs Simon, who claims their joint fortune was worth over £9million, is insisting the £3million her ex had to pay her was simply her fair share.

The court heard the couple married in November 2003 and had two children before separating in January 2016.

Mrs Simon shot to fame in 2015 after she found a role on the ITVBe show Real Housewives of Cheshire, which features the glamorous lifestyles of Cheshire women. She left the show earlier this year.

She earned £40,000-a-year, but also received perks and the chance to plug her brand of perfume, Lauren Stone Number One, which she launched at a lavish party in Hale Barns, the court heard.

Mr Simon lived partly on the back of a trust fund set up by his father, Harvey, and on earnings he made through his property development businesses.

But during their divorce case at the Family Court in Manchester last year, he claimed that the 2008 financial crash had caused ‘grave business difficulties’ for him. 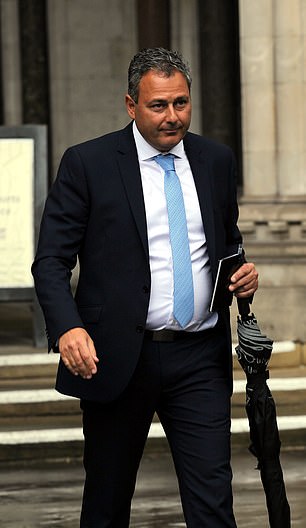 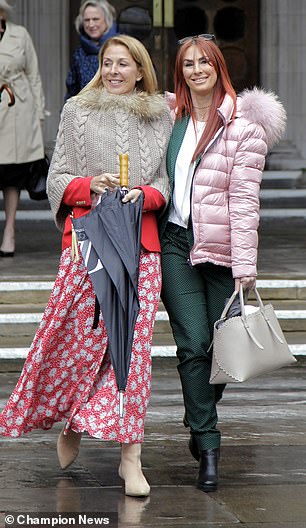 Paul Simon (left) who lived with his now ex wife (right, in the pink jacket, leaving the appeal court with a friend) in a lavish £1.8million home claims the divorce order has effectively left him with no ready cash of his own 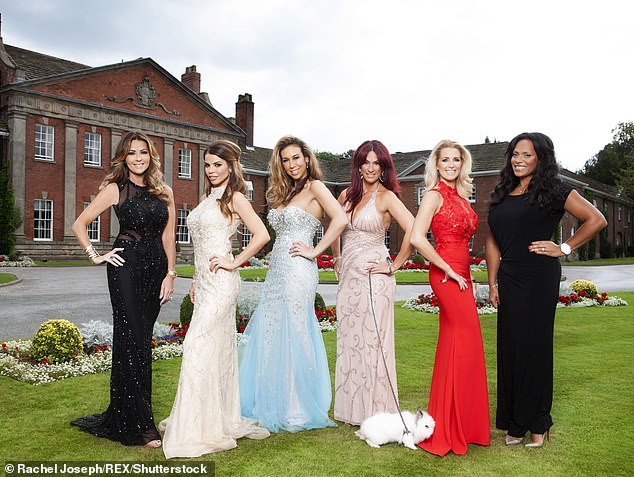 At the Court of Appeal today, the husband’s barrister Richard Todd QC argued that the sum was based on an over-valuation of the assets available to be split.

‘The learned judge made an order which was inherently discriminatory,’ he argued.

‘It discriminated against the husband as breadwinner and in favour of the mother as homemaker. 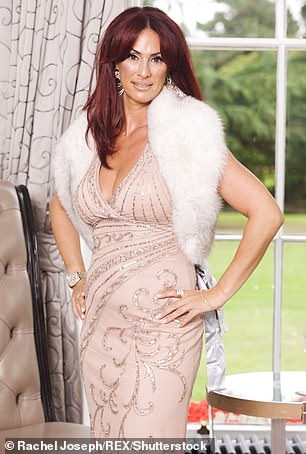 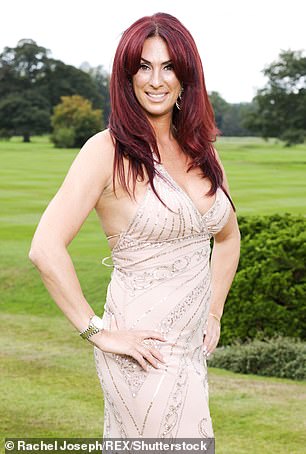 Mrs Simon (pictured in 2015) shot to fame after she found a role on the ITVBe show Real Housewives of Cheshire. It features the glamorous lifestyles of Cheshire women. She left the show earlier this year

‘All of the liquid assets – and more – were to be paid to the wife.

‘In addition to the liquid assets, the husband would have to find another approximately £850,000 to pay to the wife when he had no such resources.’

The judge had wrongly taken into account £4.8m worth of assets held in the trust fund as if they belonged to the husband, he told Lady Justice King, Lady Justice Rose and Lord Justice Coulson.

Although he is able to use the income from the fund during his lifetime, it was wrong to treat it as a resource which could be split on divorce, he argued.

It meant the judge had vastly overvalued the liquid assets which could be called upon to provide the wife with a payout, he continued.

‘If the learned judge had correctly calculated the total of the assets available to the parties, it is inconceivable that she would have ordered more than there was in liquid capital to the wife,’ said Mr Todd.

He also claimed that Mrs Justice Parker had taken an ‘indulgent approach to the wife’s evidence’ on what her needs were for cash after the divorce.

The judge found she needed £100,000, he said, whereas they had previously lived ‘modestly’ as a couple, flying economy class and returning from a holiday on New Year’s Eve to find cheaper flights.

Mr Simon himself earned less than £30,000-a-year, while the cash tied up in his businesses was not ‘realistically realisable’ without selling their assets, he added.

He continued: ‘In assessing the parties’ housing needs, the learned judge preferred the wife’s case on her housing need and then made no provision – none at all – for the housing of the husband.’

The former couple had ‘very similar or identical needs for housing,’ but Mrs Simon had claimed she even needed a bedroom for her 65-year-old housekeeper, he said.

And the judge was wrong to find she had no material earning capacity when she was making £40,000-a-year on TV, Mr Todd added.

However, battling the father of her children in court, Mrs Simon claimed he treated the trust fund like a ‘bank account’ to use when needed.

‘The wife’s presentation was that the assets in the case came to about £9,639,627,’ her barrister, Martin Pointer QC, said.

‘This was at a level quite appropriate to justify the lump sum order made by the judge in her favour.

‘The husband overstates the wife’s financial position. The truth is that, latterly, she has taken a role in the Real Housewives of Cheshire reality television series, which has brought in some limited money.

‘It is ephemeral and unlikely to endure. She does not have any acting training or skills and cannot be regarded as having a material earning capacity.

‘She attempted to launch a brand of perfume, but it had been loss-making and has closed.’

It was also incorrect for Mr Simon to claim he earned less than £30,000, since he was able to use capital gains from his property developments as well as the smaller salary he received, the barrister argued.

He said the £3m awarded was perfectly fair, given the huge amount of money available to the husband.

The judges adjourned the appeal until later this year.