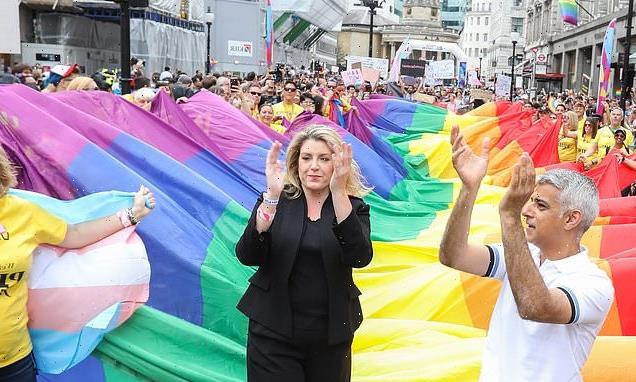 ‘Red Wall’ voters are no fans of woke views and disagree that we should ‘refer to pregnant women as pregnant persons’, poll shows

Red Wall voters disagree with woke views like those Penny Mordaunt has expressed in the past, a poll has revealed.

Half of people polled in 33 constituencies across the North, Midlands and Wales rejected the idea that a ‘trans woman is just as much a woman as a woman who was born biologically female’, with just 24 per cent agreeing.

A total of 73 per cent disagreed that people should ‘refer to pregnant women as pregnant persons’, according to the poll for the Daily Telegraph.

Miss Mordaunt previously commented on the ‘legacy of destruction’ the British empire unleashed on other nations – but 48 per cent disagreed that the colonial era should ‘mainly be remembered’ for this.

Miss Mordaunt, the former equalities minister, is currently facing scrutiny for her stance on gender self-identification. She has previously told MPs: ‘Trans men are men, trans women are women.’ 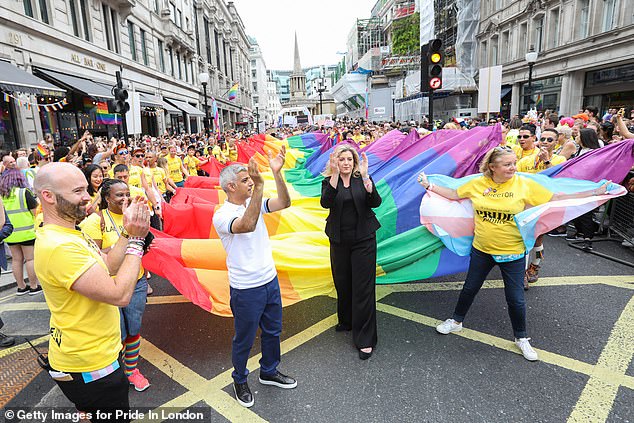 Red Wall voters disagree with woke views like those Penny Mordaunt has expressed in the past, a poll has revealed. Pictured: Penny Mordaunt (right centre) with London Mayor Sadiq Khan (left centre) during the parade at Pride in London on July 06, 2019

She was accused last week by her former leadership rival Suella Braverman of ‘not standing up for women’.

Miss Mordaunt has also sought to distance herself from her previous comments on gender, saying that transgender women are women ‘legally, but not biologically’.

She also appears out of step with Red Wall voters when it comes to issues around past language which may offend in modern society.

Over half of voters disagreed that shows like Dad’s Army and It Ain’t Half Hot Mum ‘feature old-fashioned views on things like race and are a source of embarrassment’.

But in her co-authored book, ‘Greater Britain: After the Storm’, Miss Mordaunt said the latter BBC sitcom, which aired in the 1970s, was ’embarrassing’.

She also commented on the ‘legacy of destruction’ that the British Empire unleashed on various nations – but 48 per cent of Red Wall voters disagree that the colonial era should ‘mainly be remembered’ for this.

A spokesman for Miss Mordaunt said: ‘These aren’t Penny’s views, and it is incorrect to suggest that this is the case.’