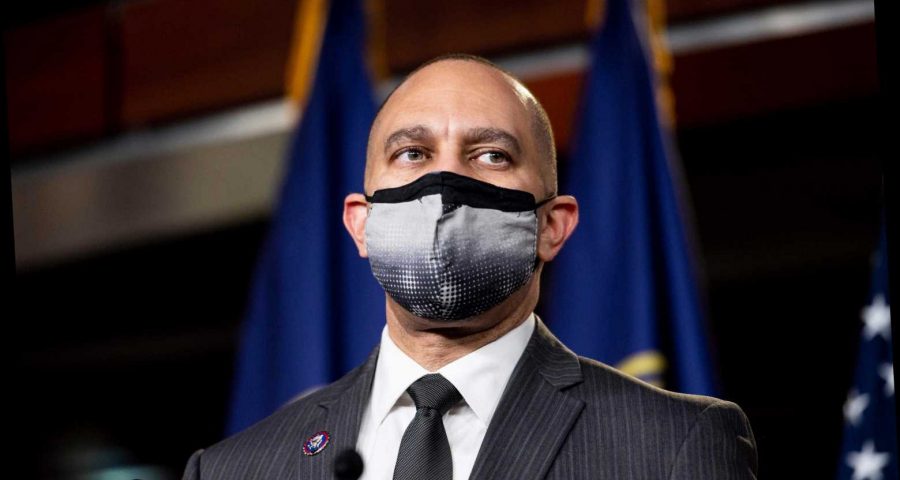 The takedown has become a social-media touchdown.

“You want to sit here and lecture us about patriotism when you voted to object to an election that you know Joe Biden won and perpetuate the big lie?” Jeffries said, referring to Owens’ vote against certifying the results of the 2020 presidential election. “The notion of you coming in here and lecturing us on your first day before this committee. … Explain your actions on Jan. 7 when you supported an insurrection.”

Jeffries was responding to a speech made by Owens, who represents Utah, in support of a proposal by Republican Rep. Matt Gaetz of Florida for the committee to recite the Pledge of Allegiance at the start of each session. The measure was quickly shot down.

“It’s not about words, it’s about actions. Fifteen seconds to show our kids that we’re adults, and we can agree to disagree, and that we love our country enough we can at least stand to represent our flag,” Owens said.

Owens, who played seven seasons for Gang Green in the 1970s, is a frequent Fox News contributor and critic of NFL players kneeling during the National Anthem in protest of racism and police brutality. Owens, who is black, threatened last year to stop watching games if the movement continued.