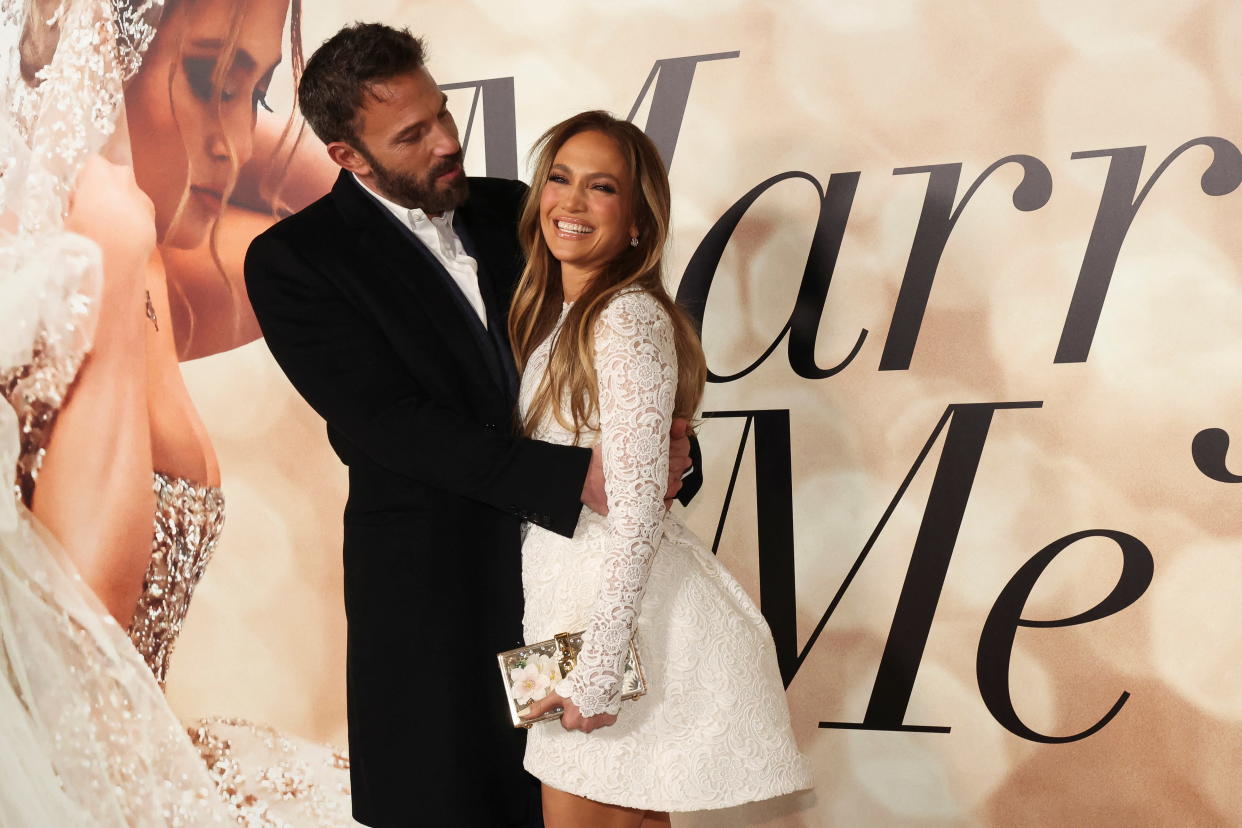 Bennifer 2.0 has made it official.

Following a report from People that Jennifer Lopez and Ben Affleck obtained a marriage license in Clark County, Nev. over the weekend, NBC News and other outlets are reporting that the back-on couple were wed on Saturday, July 16. The couple reunited last year after breaking off their first engagement in January 2004, and announced this April that Affleck, 49, had once again proposed, while Lopez, 52, was taking a bubble bath.

According to NBC News, court records show that a marriage license was issued to Benjamin Geza Affleck and Jennifer Lopez, who is also identified as Jennifer Affleck. No details about the ceremony itself have been reported.

This is the second marriage for Affleck, who shares three children with actress Jennifer Garner, and the fourth for Lopez. She and ex-husband Marc Anthony, who recently announced his own engagement, share twins Max and Emme.

Lopez spoke about rekindling her romance with Affleck while promoting her film Marry Me in February. The singer and actress shared that the relationship with her former Gigli and Jersey Girl co-star “feels very different than it was years ago.”

“We kind of put [our relationship] out there and we were naïve and it got a little trampled,” she told People of dating the actor and director from 2002 to 2004. [Now] we both were like, ‘Wow, we’re so happy and we don’t want any of that to come into play again.’ We’re older now, we’re smarter, we have more experience, we’re at different places in our lives, we have kids now, and we have to be very conscious of those things. We’re so protective because it is such a beautiful time for all of us.”

She added, “It’s a beautiful love story that we got a second chance. I’ve never been better.”

Yahoo has reached out to representatives for the couple for comment.