Melbourne's wealthy Smorgon family is heading for a Supreme Court showdown with a family member who claims she has been excluded from the multi-billion-dollar estate because she was conceived by artificial insemination and therefore considered a step-child.

The Smorgon family topped the BRW Rich Families list for seven years running until 2015 with a fortune of more than $2.7 billion, amassed from interests in property, meat, paper, chemicals, plastics, electronics and steel. 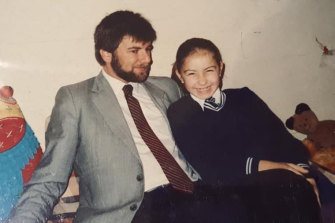 Samantha Smorgon as a child with her father, Robert Smorgon.

Ms Smorgon, who works in the healthcare industry, is now taking action against a group of 18 trusts controlled by her brother Stephen and other relatives in a bid to access accounts and other sensitive financial information which detail the size and value of the family’s assets.

“I have been told I was conceived by artificial insemination. However, my father is named as my father on my birth certificate and I am also named as his child on his death certificate,” Ms Smorgon wrote in documents obtained by The Age. 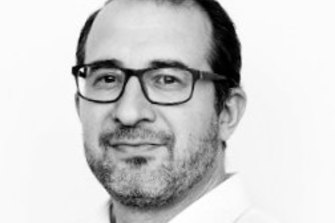 Her submission also claims that she believes her brother Stephen Smorgon was conceived by the same method.

Ms Smorgon declined to speak to The Age and The Sydney Morning Herald when contacted this week. A representative for ES Group Operations, as trustee of the 18 companies Ms Smorgon is suing, and the Smorgon family said the family was “currently considering our position” on the lawsuit. 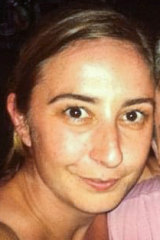 Samantha Smorgon as an adult.

“As we only received the summons in the past few days we are unable to make any comment on the matter at this stage,” the spokesman said.

Court and company documents reveal that Stephen is a director of a number of the family trusts including the Escor Group, which his grandfather Eric Smorgon founded with his father Robert and uncle Jack, in 1995. If Ms Smorgon is successful in her bid for access to the accounts and other information including tax returns and balance sheets, it would be the first time in almost two decades that light was shone on the vast wealth believed to be held in the trusts.

At the same time, the family rose to prominence in Melbourne as major benefactors across the arts, civics and cultural institutions, including the National Gallery of Victoria where a portrait of Victor’s wife Loti by Andy Warhol is now one of the best-known works in the collection. 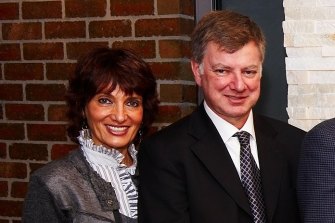 Smorgon Consolidated Industries operated across a number of industries but was best known in later years for Smorgon Steel, which was sold to OneSteel in 2005 for $2.5 billion. The consolidated business was split in 1995 into several entities, allowing each of the brothers to exercise more control on behalf of their own families.

“My father was part of a large corporate and trust structure, of the Smorgon Family Group, of which he would benefit,” Ms Smorgon wrote in the court documents. She claims she has not received any income or distributions from the trusts.