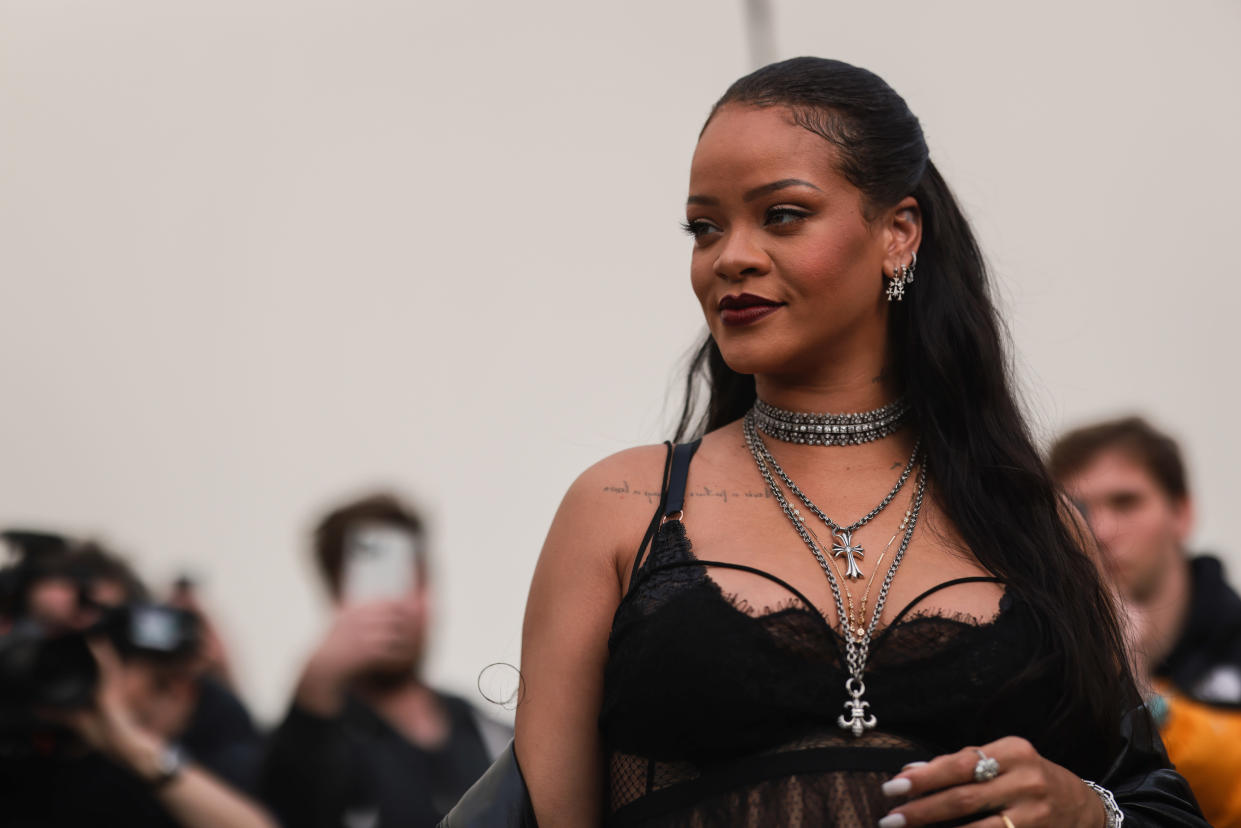 Rihanna been drafted to headline the Super Bowl LVII halftime show, the NFL has confirmed.

Following a report from TMZ that she's been in discussions with the NFL and Roc Nation about performing at State Farm Stadium in Glendale, Ariz., on Feb. 12, 2023, the pop star took to Instagram on Sunday to share a photo her tattooed hand holding up an NFL-branded football. The post also marks Rihanna's first social media activity since giving birth to her first child in May.

Roc Nation, which oversees the halftime show, shared Rihanna's post, adding the caption, "Let's GO." Jay-Z's music entertainment agency — which features the "Umbrella" singer on its roster — also tagged Apple Music, which is replacing Pepsi as sponsor of the show.

The Fenty Beauty mogul — who was photographed attending a Rolling Loud after-party with her partner, A$AP Rocky, on Saturday night — previously turned down the Super Bowl gig in solidarity with activist and former San Francisco 49ers quarterback Colin Kaepernick.

“I couldn’t dare do that," she told Vogue in 2019. "For what? Who gains from that? Not my people. I just couldn’t be a sellout. I couldn’t be an enabler. There’s things within that organization that I do not agree with at all, and I was not about to go and be of service to them in any way.”

In a statement from the NFL announcing Rihanna's performance, Jay-Z hailed the music star as a "generational talent, a woman of humble beginnings who has surpassed expectations at every turn."

Rihanna will be the halftime show at the Super Bowl. pic.twitter.com/GT9i8BBT9r