Minister Robert Jenrick was facing mounting calls for an investigation over how a town in his constituency received £25million from a scheme to help for of the poorest areas of Britain.

The Communities Secretary confirmed today he and a junior minister approved payments to towns in each other’s seats but insisted it was all above-board.

Newark, in Mr Jenrick’s constituency of the same name, was chosen by Mr Berry to get cash from the £3.6billion Towns Fund, which is supposed to help 101 of the worst ‘left-behind areas’ of England.

But Newark is only the 270th most deprived area in the country, according to the Times.

Mr Jenrick said there was ‘nothing to see here’ when he appeared on television this morning.

He insisted there was a ‘robust and fair’ methodology behind the Government’s Towns Fund and dismissed allegations that he had any involvement in Newark’s selection as ‘completely baseless’.

But Labour has demanded a top-level investigation into Mr Jenrick over how Government funding was allocated to his constituency over others in the UK.

Shadow pensions secretary Jonathan Reynolds told Ridge on Sunday: ‘The whole question has always been quite a murky one as to how this money was allocated, the Secretary of State has questions to answer and an investigation is the right way forward’. 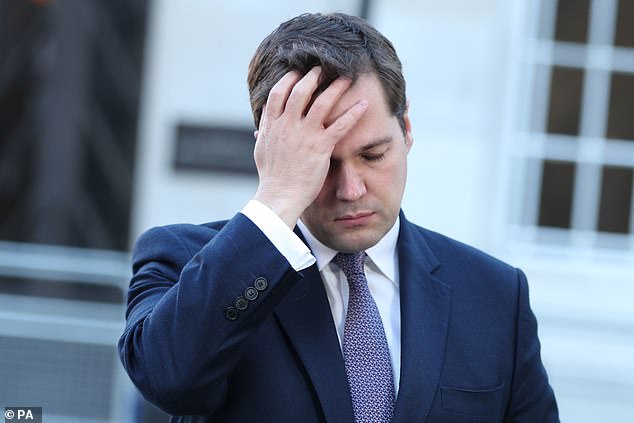 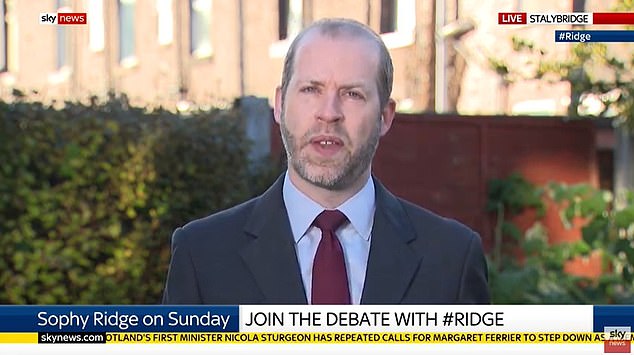 Shadow pensions secretary Jonathan Reynolds told Ridge on Sunday: ‘The Secretary of State has questions to answer and an investigation is the right way forward’

Mr Jenrick confirmed that Communities Minister Jake Berry gave the go-ahead for his Newark constituency to be selected for a £25 million fund award, whilst he signed off the decision for money to be allocated to a town in Mr Berry’s Rossendale and Darwen constituency.

Mr Jenrick told Sky’s Ridge on Sunday: ‘My department’s officials have been very clear that we chose the towns for our £3.6 billion Towns Fund on a robust and fair methodology that is there for everybody to see.’

Asked if he would face MPs in the Commons on Monday to defend the situation, he added: ‘We’ve answered all the questions and (are) happy to answer any more that might arise. But there really is nothing to see here.’

But later, the Communities Secretary could not deny that he and Mr Berry had approved towns in each other’s constituencies to receive allocations of Government funding.

Mr Jenrick told the BBC’s Andrew Marr Show: ‘If the question you’re coming to is was I involved in selecting my own community, absolutely not.

‘Ministers do not get involved in their own constituencies. That decision was made by another minister in my department.’

Asked which minister made the decision, Mr Jenrick replied: ‘It was made by Jake Berry.’

When pointed out that a town in Mr Berry’s constituency also received money from the fund, Mr Jenrick confirmed that he was the individual to have given that decision the go-ahead.

It comes not long after Mr Jenrick was mired in a ‘cash-for-favours’  controversy.

Earlier this year he rebuffed calls for his resignation after he ensured a controversial housing development was agreed before a new levy was introduced which would have cost millions for its backer.

Documents released after pressure from Labour showed multimillionaire Conservative Party donor Richard Desmond urged Mr Jenrick to approve his Westferry Printworks development in east London before a new community infrastructure levy was introduced which, it is believed, would have saved Mr Desmond £50 million.

It emerged that Mr Desmond had given the Conservatives £12,000 two weeks after the scheme for 1,500 homes was approved, and that the Housing Secretary had sat next to him and viewed a video at a fundraising event.

Shadow communities secretary Steve Reed said: ‘Mr Jenrick has made an unfortunate habit of overruling officials’ advice to get his own way, just as he did during the Westferry cash-for-favours scandal.

‘Now he has done the same with this blatant example of pork-barrel politics, with public money making its way to help his own re-election campaign.

‘Robert Jenrick must come to the House urgently to make a statement on how this money was awarded and submit himself to a full Cabinet Office investigation.’