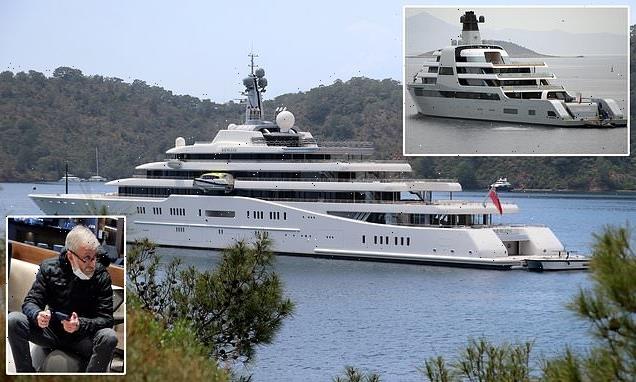 Roman Abramovich’s superyacht fleet is set to be banned from the seas: 533ft Eclipse and 456ft Solaris are among £1bn worth of assets which face being mothballed amid hard-hitting sanctions

Roman Abramovich’s superyacht fleet faces being mothballed ‘imminently’ as Bermudan authorities prepare to withdraw the flag they sail under, an insider has revealed.

The 533ft Eclipse and 456ft Solaris, along with at least two support vessels, are among £1billion worth of assets that would be unable to sail.

Eclipse and Solaris are anchored in Turkey at present to avoid being impounded under international sanctions elsewhere.

Meanwhile 220ft Garcon and 180ft Halo are in Antigua, where their ownership is under investigation. None will be able to depart for other destinations or even neighbouring ports if they lose their Bermudan registration. 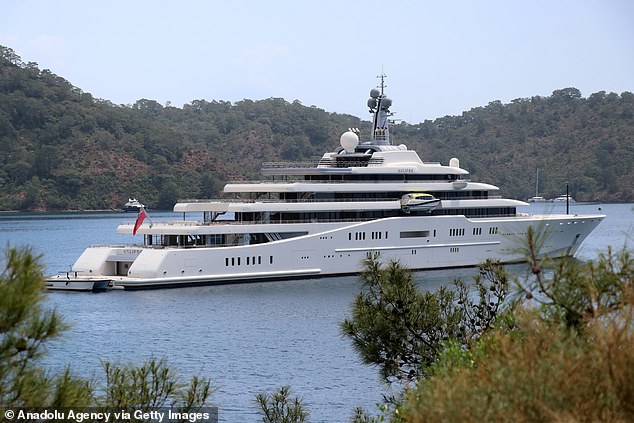 The 533ft Eclipse (above) and 456ft Solaris, along with at least two support vessels, are among £1billion worth of assets that would be unable to sail

And in a growing sign of how sanctions are hitting the Russian billionaire, contractors are refusing to carry out routine maintenance while blocks by banks mean the ships are unable to refuel and frustrated staff are going unpaid.

‘The whole fleet is under the Bermuda flag and they are in the process of being de-registered,’ a source told the Daily Mail.

‘We don’t know when it will happen. All we know is that it’s imminent. Without a flag, you’re not allowed to sail. The captain would be arrested. There’s also a fuel shortage. When you pay millions of pounds to refuel boats, it goes through banking channels and it gets rejected.’

Heads of department have been told to refrain from big purchases and to keep crew supplies to a minimum, although the food is ‘still really good’, the source said.

The withdrawal of contracting services means megayachts are unable to get shore-side help for routine maintenance.

Morale among the fleet’s 200 crew members has hit rock bottom as most have not been paid since February, the source added. 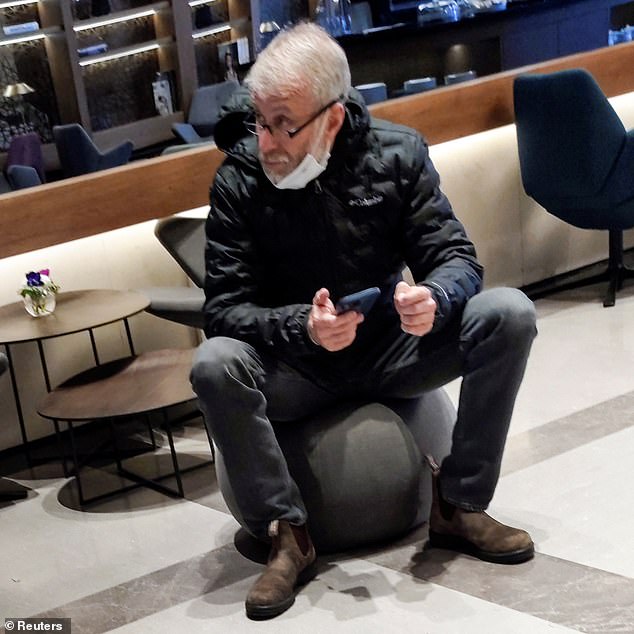 Roman Abramovich’s superyacht fleet faces being mothballed ‘imminently’ as Bermudan authorities prepare to withdraw the flag they sail under, an insider has revealed

‘First they were told two to three days. Then five to ten days. Then after that, there was just silence,’ the insider said.

‘People have been made redundant with promises of redundancy packages but then received not a cent.’

On Solaris, 30 people have left with redundancy packages. So, of 50 crew on board and 20 on leave at any time, that’s almost half who have gone. And it’s the same throughout the fleet.

Superyacht crews are not in breach of sanctions, but seafarers’ union Nautilus International warned increased compliance checks by banks had become a ‘major issue’ for staff salaries.

Head of yacht section Derek Byrne said: ‘A number of crew aboard Roman Abramovich’s yachts have approached us due to non-payment of wages.’ 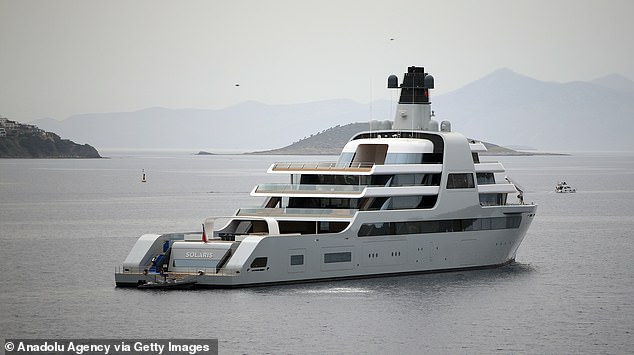 ‘The whole fleet is under the Bermuda flag and they are in the process of being de-registered,’ a source told the Daily Mail. Solaris is pictured above

He added: ‘External service provisions have been impacted and even the supply of fuel and equipment has reduced or ceased.

‘Some yachts have lost their class and are required to secure this, along with new insurance and potentially transfer of flag registration, which is seemingly not a straightforward process.’

The loss of the flag means vessels are almost certainly ‘illegal to sail’ and stuck in ports, he said.

Bermuda is a British overseas territory, allowing craft registered there to fly its version of the Red Ensign. The flag of convenience allows yacht owners to fly a national flag without being a resident or citizen of Bermuda while avoiding higher taxes and tougher regulations elsewhere.

It also gives vessels benefits such as protection of the Royal Navy and consular assistance. Ian Hodge, of the Merchant Navy Association charity, recently described use of the Red Ensign on oligarchs’ vessels as ‘an embarrassment’.

Abramovich’s fleet has been on the run since the threat of sanctions first surfaced after Russia’s invasion of Ukraine. Solaris, rumoured to have a missile detection system, was being repaired in Barcelona in early March when staff reportedly tore down scaffolding to escape authorities.

Both yachts are now anchored off Turkey’s south-west coast. Solaris is near the town of Yalikavak, while Eclipse, which has two helipads, is off the town of Dalaman.

Bermuda has been criticised for failing to take action against superyachts controlled by proscribed Russian oligarchs.

The Bermuda Shipping and Maritime Authority failed to respond to requests for a comment.

Last month a spokesman said it had ten registered vessels ‘associated with high-profile Russian nationals’. Abramovich was briefly in Istanbul last month, according to flight tracking data, but it is not known if he boarded his yachts.