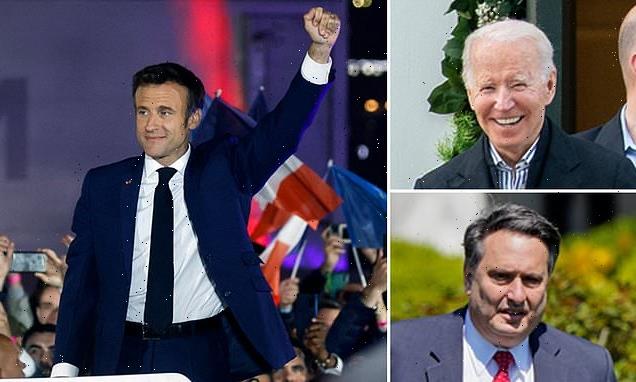 White House Chief of Staff Ron Klain pointed out French President Emmanuel Macron’s low job approval numbers in remarking on the European leader’s re-election on Sunday — at a time when his boss is being hammered for his own lack of support in multiple polls.

It appears to be an indirect response to criticism that President Joe Biden’s low approval rating, among other factors, could stop him from being a viable candidate in 2024.

Macron is the first French president to win re-election in 20 years, defeating far-right nationalist opponent Marine Le Pen by roughly 58 percent of the vote to 42.

‘President Macron appears to have secured a double-digit victory over LePen, at a time when his approval rating is 36%. Hmmm….’

Accompanying the tweet was a Morning Consult weekly tracking poll of several major world leaders’ favorability within their own countries.

That survey has Biden with a 40 percent approval rating among American adults, four points better than Macron and eight above British Prime Minister Boris Johnson, who ranks lowest on the list at 32 percent support. 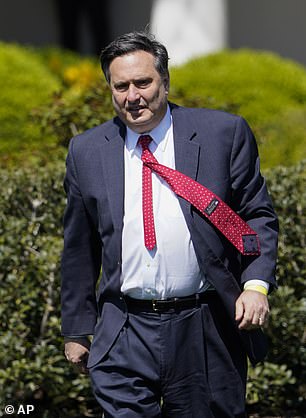 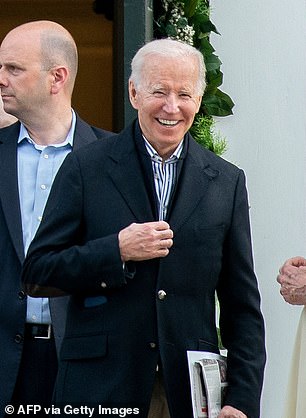 White House Chief of Staff Ron Klain (left) took an indirect jab at people who think his boss Joe Biden’s low approval numbers could stop him from running for office again in 2024. It’s the first public response to France’s election out of the Biden White House 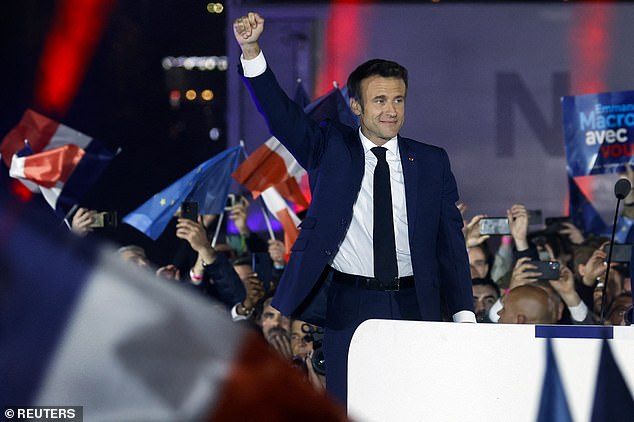 Biden’s low poll numbers have some Democratic operatives concerned that he could drag down the rest of the party in November’s upcoming midterm elections.

Last week a Gallup survey placed the president’s approval rating at 41 percent, lower than all of his post-World War II White House predecessors save for Donald Trump.

But in more bad news for Biden, recent head-to-head matchup polls have found him trailing his Republican rival in a 2024 rematch.

Despite that he’s reportedly told ex-President Barack Obama he would seek re-election.

The president ‘wants to run and he’s clearly letting everyone know,’ sources told The Hill.

Senator Elizabeth Warren (D-Mass.) said during a Sunday Meet The Press interview, ‘President Biden is running for re-election in 2024, and I’m supporting him.’

She also ruled out setting up her own presidential bid, after going up against Biden in the 2020 primaries.

Klain’s tweet is the first public reaction to Macron’s victory to come out of the Biden administration.

In the rest of the western world however, and Europe in particular, leaders breathed a sigh of relief as France at least for now staved off a wave of far-right influence that’s taken hold of parts of the continent.

Klain’s tweet referenced a Morning Consult poll that regularly ranks world leaders with polls of their own people. The latest update showed Biden with four percent more favorability among Americans than Macron has among French adults 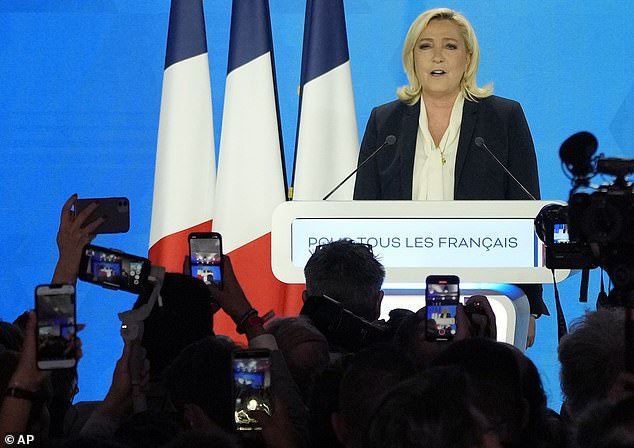 Macron’s fellow European leaders, particularly those in the West, hailed his victory as a win against far-right nationalism that’s been rising in parts of the continent

Le Pen’s criticism of global organizations like NATO and the European Union could have caused a massive shakeup at a time when those alliances are being tested by Russia’s invasion of Ukraine.

‘In this turbulent period, we need a solid Europe and a France totally committed to a more sovereign and more strategic European Union.’

German Chancellor Olaf Scholz said Macron’s victory was a message of ‘strong commitment’ to the rest of Europe.

‘I am pleased that we will continue our good cooperation!’ Scholz wrote.

In his own congratulations to Macron, Britain’s Johnson wrote: ‘France is one of our closest and most important allies. I look forward to continuing to work together on the issues which matter most to our two countries and to the world.’

Biden has yet to publicly react to Macron’s victory himself. The president has spent part of Sunday golfing with his senior adviser Cedric Richmond.

He also spoke by phone with Israeli Prime Minister Naftali Bennett. The White House announced after the call that Biden was invited to visit Israel ‘in the coming months.’