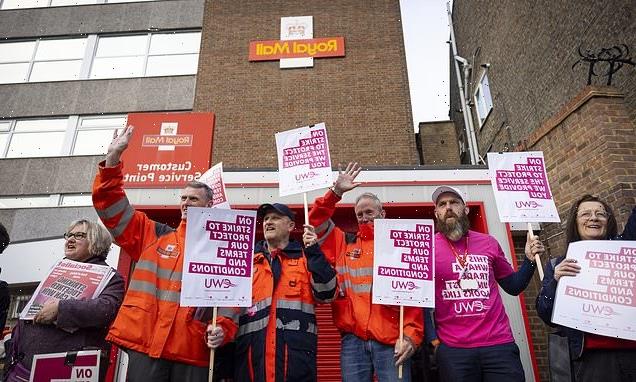 Royal Mail workers will strike on seven days in December, including on Christmas Eve, in a long running dispute over pay, jobs and conditions, their union has announced.

The workers will now walk out on December 23 and 24, in addition to December 1, 9, 11, 14 and 15, the Communication Workers Union said in a statement, exacerbating concerns that Christmas post could be severely delayed.

The strikes are in addition to walkouts scheduled for three days later this month- on November 24, 25 and 30.

Nearly 99 per cent of CWU members voted in favour of strike action after rejecting a 2 per cent pay deal and calling for a ‘pay rise that fully addresses the current cost of living’.

‘The CWU want a negotiated settlement with Royal Mail Group and will continue to engage the company to that end,’ a spokesperson said. ‘But those in charge of Royal Mail need to wake up and realise we won’t allow them to destroy the livelihoods of postal workers.’

News of the fresh strikes comes a day after Royal Mail said talks with the union aimed at averting a strike had been extended.

Royal Mail, the British arm of International Distribution Services (IDSI.L), has been locked in a bitter dispute with the CWU over pay and job conditions, leading to several days of strikes this year. 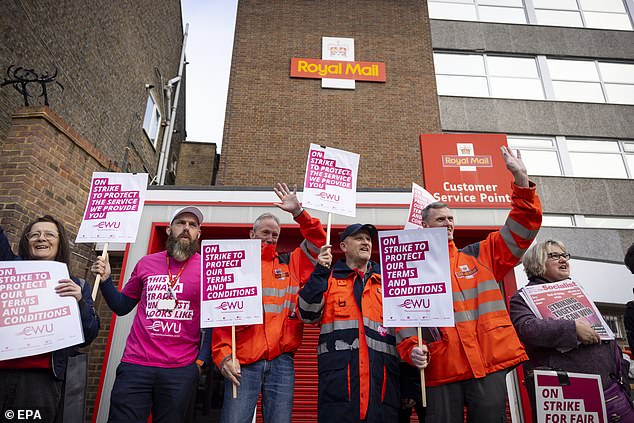 Royal Mail workers will now walk out on December 23 and 24, in addition to December 1, 9, 11, 14 and 15, the Communication Workers Union said in a statement

Royal Mail today asked the Government to cut its letter service to five days a week after unveiling an approximately £219million loss bosses say was worsened by strike action.

The postal service is looking to switch from a six-days-a-week letter delivery service to five, covering Monday to Friday only, under its Universal Service agreement.

The group will, however, look to maintain a seven-day parcel delivery service.

The move comes after the firm revealed three days of strike action in the first half of the year cost Royal Mail around £70million. A further five days in October are estimated to have cost about another £30million.

Royal Mail said it is in ‘intensive’ talks with unions to avert further strike action but is making up to 6,000 redundancies amid a swingeing overhaul to turn around its fortunes.

Simon Thompson, chief executive of Royal Mail, vowed to do ‘whatever it takes’ to turn the group around when half-year results showed it tumbled to a £219million underlying operating loss in the 26 weeks to September 25.

The postal service had reported earnings of £235million a year ago.

‘We have always been clear we need change to survive,’ Mr Thompson said today. ‘We have started turning the business around and will do whatever it takes.’ 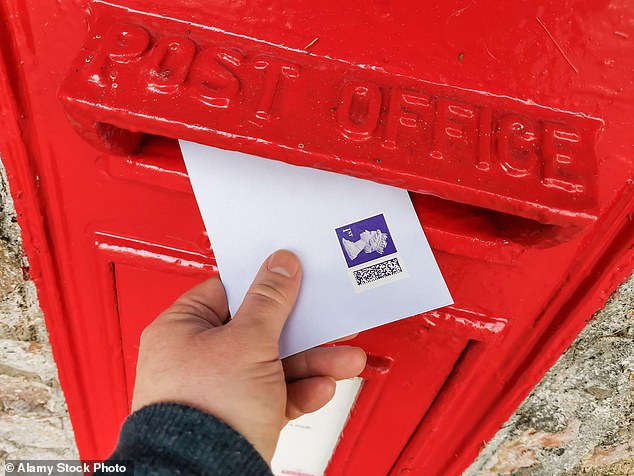 ‘We would prefer to reach agreement with the Communication Workers Union (CWU) but in any case we are moving ahead with changes to transform our business.’

A Government spokesman said there are ‘no current plans to change the universal service’.

He added: ‘While we recognise the issues that Royal Mail raise, there would need to be a strong case that showed changes would meet reasonable needs of users of postal services and ensure the financial sustainability of the universal postal service.’

In a statement late on Wednesday, Royal Mail said it had entered ‘intensive talks’ with the CWU ahead of the next wave of strikes planned on November 24.

It expects full-year losses of around £350million to £450million, including the direct impact of 12 strike days – eight that have already taken place and four more that have been announced.

Royal Mail staff are among a growing list of key workers planning to walk out over the winter.

Ministers were today told devastating NHS strikes will begin this winter unless they enter ‘formal pay negotiations’ with nurses in the next five days.

Health Minister Steve Barclay has already held crisis talks with the Royal College of Nursing twice since it announced it would launch a ‘historic’ waves of strikes that are set to begin before Christmas and rumble on until May. Other medical unions are planning to co-ordinate walk-outs to cause as much chaos as possible.

Pat Cullen, RCN’s general secretary and chief executive, said: ‘It is with regret that I write to say unless our next meeting is formal pay negotiations, beginning within the next 5 days, we will be announcing the dates and locations of our December strike action.’