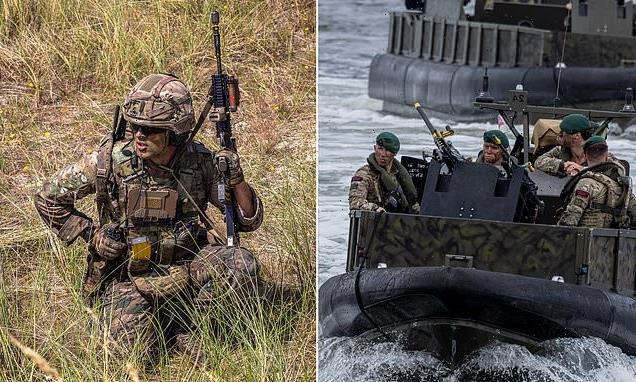 Watch out Vlad! Royal Marines open up with heavy machine guns from their landing craft as they show off their beach assault skills on manoeuvres alongside Netherlands comrades

Royal Marines put on a show of power in a lively demonstration alongside Dutch allies in Den Helder as part of celebrations for the Royal Netherlands Navy.

The Royal Marines’ small boat raiding specialists are in the Netherlands to sharpen their amphibious warfare skills with their Dutch allies. 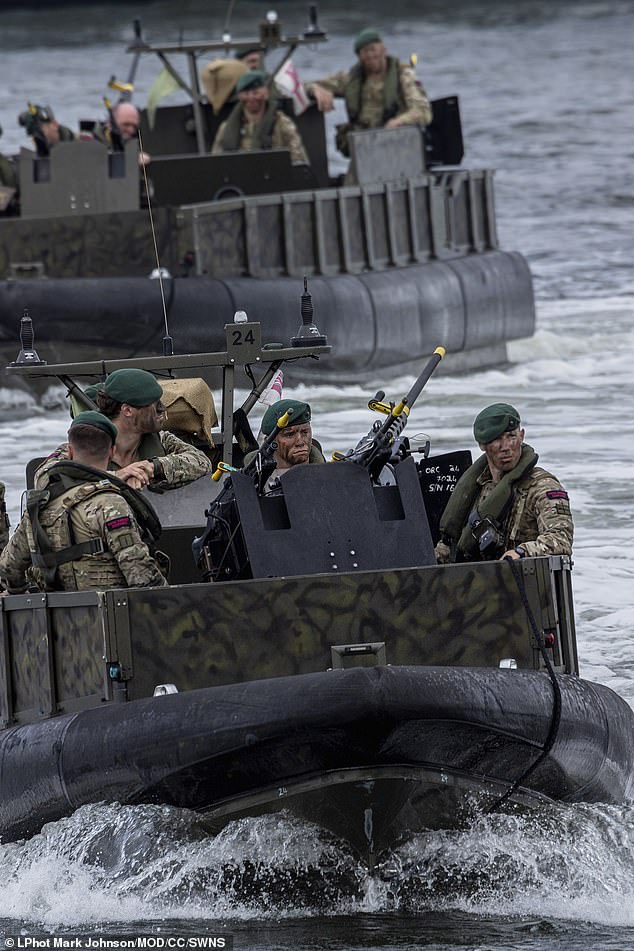 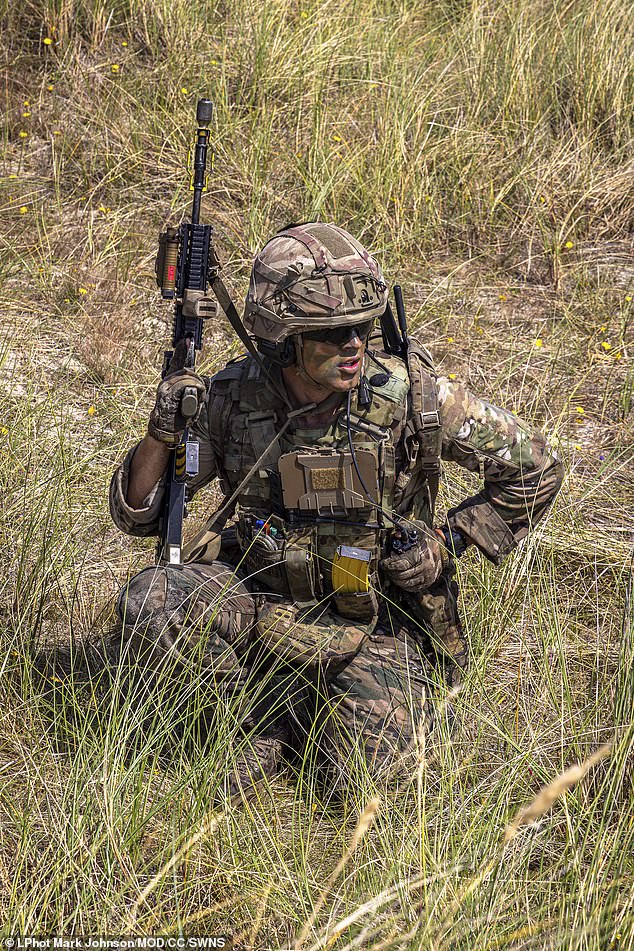 The marines used landing and raiding craft, firing heavy machine guns as they approached, before offloading Viking armoured vehicles in front of the assembled crowd

The Netherlands has strongly condemned the Russian invasion of Ukraine and provided military support, including sending 18 armoured howitzer tanks.

Though the Dutch Secretary of Defense has warned that their military is reaching the limit of what it can do, stating that their defense warehouses are getting empty.

State Secretary Christophe van der Maat of Defense said in an interview with AD that if the Netherlands were to be attacked on its own territory, Defense could only participate for ‘a few days.’

Across a weekend of celebrations, 100,000 visitors came to Den Helder – the largest naval base in the Netherlands – to show how the Royal Netherlands Navy works and celebrate its work, much like the UK’s Armed Forces Day that took place last month.

Mounts Bay was a popular attraction, with queues lining the dockside to get on board. She also acted as floating television studio for the live broadcast of events.

‘Supported by 47 Commando, the Royal Fleet Auxiliary ship’s company hosted over 4,000 visitors over the weekend to view our landing craft, firefighting and navigation bridge equipment demonstrations.’

Cadet Alexandra Knight added: ‘It’s great for someone who has newly joined to see the partnership between the nations. It’s been a really fantastic experience.’

Mounts Bay and 47 Commando are now on exercises alongside Dutch counterparts that will enhance the two nations’ ability to work together.