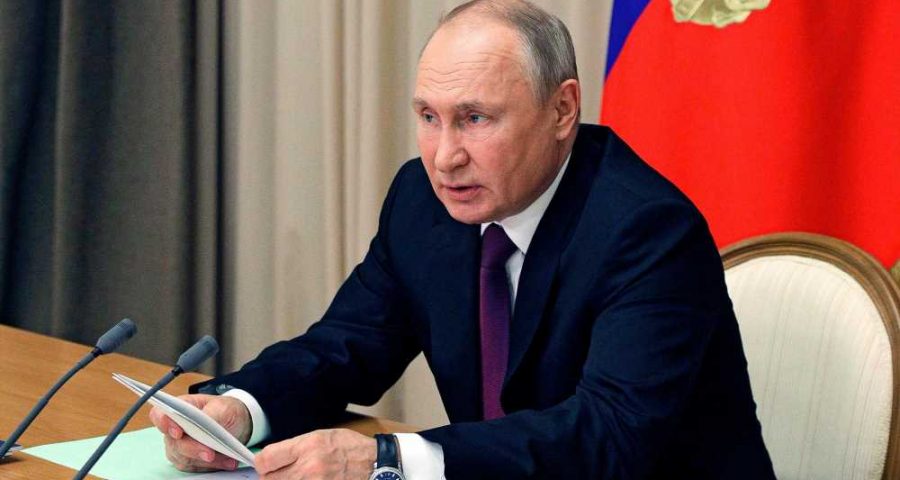 Moscow says one of its warships fired warning shots and a Russian plane dropped bombs near a British destroyer to force it away from an area in the Black Sea near the coast of Crimea — but London is denying the incident occurred.

The Russian Defense Ministry on Wednesday said the shots were fired at the British warship Defender after it ignored a notice that it was entering Russian territorial waters near Crimea, which Russia illegally annexed in 2014.

It also said a Russian Su-24 plane dropped four bombs in the ship’s path to force it to change course.

But Britain’s Ministry of Defense denied the Russian account, saying “we do not recognize the claim.”

“We believe the Russians were undertaking a gunnery exercise in the Black Sea and provided the maritime community with prior-warning of their activity. No shots were directed at HMS Defender and we do not recognize the claim that bombs were dropped in her path​,” the ministry said on Twitter.

Russia’s Defense Ministry said the confrontation occurred near Cape Fiolent on the southern coast of Crimea near the port of Sevastopol, the headquarters of the Russian navy’s Black Sea Fleet, according to the Interfax news agency.

​Russia’s annexation of Crimea prompted sanctions from the US and other Western countries, and NATO ships continue to use the waterway despite the Kremlin’s claims that it is part of its territory.

In April, Russia sent a fleet of 20 ships into the Black Sea in an act of defiance against the Biden administration’s demand that Moscow reduce its military presence in Crimea and near Ukraine’s border.​

President Biden also ​slapped sanctions on more than three dozen people in Russia and said he would send two US warships to the area before ordering the ships to reverse course.

Russian Gen. Valery Gerasimov, speaking before the incident, criticized the presence of NATO ships in the Black Sea.

“​The moves by warships of the U.S. and its allies have been clearly provocative,” Gerasimov​, chief of the general staff of the Russian armed forces, said at ​a security conference in Moscow​. “It creates preconditions for incidents and doesn’t help ease tensions in the military sphere.”