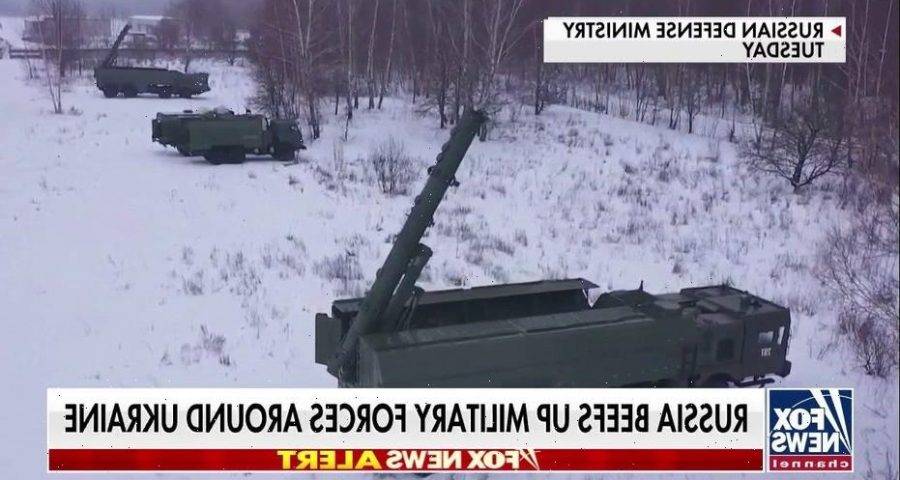 Jacqui Heinrich reports from the White House with the latest response from the Biden administration.

A U.S. State Department official claimed that intelligence shows “every indication” Russia will use military force in Ukraine by mid-February.

An unnamed U.S. official first told Fox News on Jan. 14 that Russia had started to prepare for a “false-flag operation” in eastern Ukraine, which would provide the pretext for an invasion. The official said that preparations would take several weeks, meaning that any invasion would likely begin by mid-February at the latest.

Deputy Secretary of State Wendy Sherman reiterated those claims on Wednesday while speaking at the Yalta European Strategy Forum.

“I have no idea whether he’s made the ultimate decision, but we certainly see every indication that he is going to use military force sometime perhaps (between) now and the middle of February,” Sherman said.

Sherman also met with her Russian counterpart earlier this month in Vienna in an attempt to find a diplomatic resolution to the building crisis.

Russia submitted a security proposal to the U.S. in December, urging the U.S. to pledge to not allow Ukraine to join NATO as well as a commitment to withdraw NATO forces from the region. The U.S. promised to deliver a written response to those demands following a meeting last week between U.S. Secretary of State Antony Blinken and Russian Foreign Minister Sergei Lavrov.

But Sherman said that U.S. officials believe the Beijing Winter Olympics may also impact the timing of any invasion.

“We all are aware that the Beijing Olympics begin on February 4, the opening ceremony, and President Putin expects to be there,” Sherman explained. “I think that probably President Xi Jinping would not be ecstatic if Putin chose that moment to invade Ukraine, so that may affect his timing and his thinking.”

Sherman stressed that while the U.S. is pushing for diplomacy, it is also “preparing for the worst.” She reiterated that “even one Russian troop further invading Ukraine is a very serious matter” – a stance Biden made clear following his misstep in saying that a European response may depend on the nature of the invasion, such as whether it was a “minor” incursion or not.

Russia has continued to amass troops along Ukraine’s eastern border, with over 100,000 troops running military drills and exercises over the past month. Russia continues to deny that it plans any invasion.