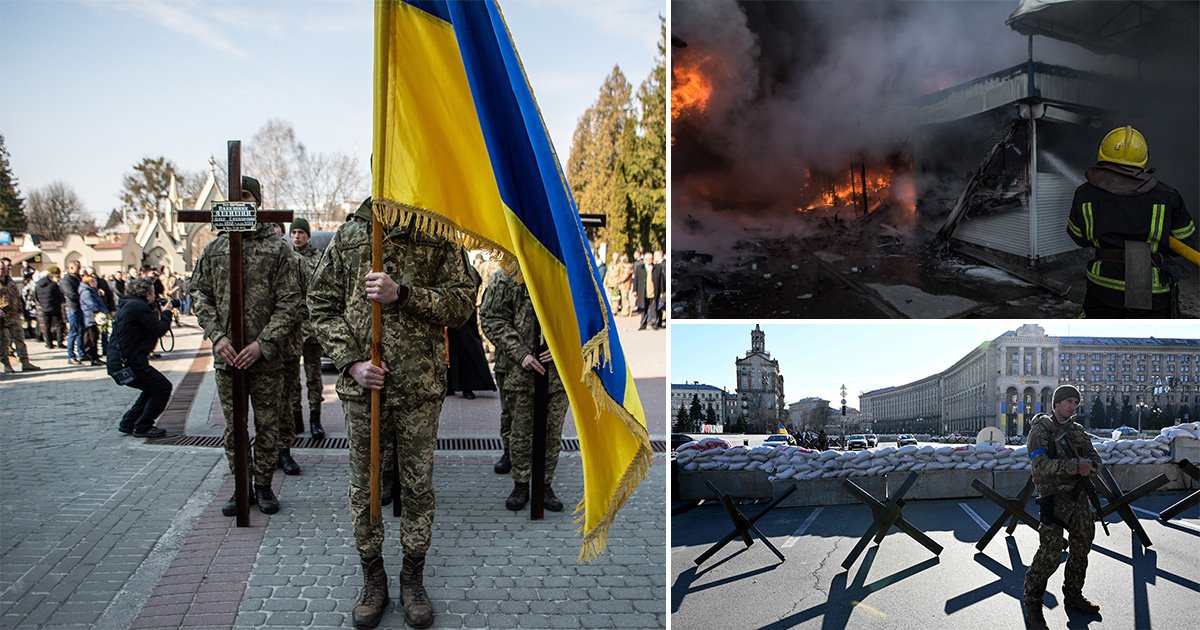 Russia’s advance has ‘largely stalled on all fronts’, British intelligence from Ukraine suggests.

The Ministry of Defence (MoD) said on Thursday that Vladimir Putin’s forces were still being hit with heavy losses and making minimal progress.

The MoD tweeted: ‘The Russian invasion of Ukraine has largely stalled on all fronts.

‘Russian forces have made minimal progress on land, sea or air in recent days and they continue to suffer heavy losses.

‘The vast majority of Ukrainian territory, including all major cities, remains in Ukrainian hands.’

The Russian President is reported to have been planning a lightning advance through Russia’s neighbour and is likely to have expected more cities to be in Ukrainian hands by now.

Only Kherson has fallen so far, while is Kyiv is standing firm despite an ominous Russian presence on the outskirts of the capital.

Kharkiv and Mariupol are also being battered by Russian airstrikes.

Ukraine accused Russia of dropping a ‘highly explosive’ bomb on a theatre in Mariupol, where hundreds of civilians were hiding from shelling, and the word ‘children’ had been scrawled on the ground nearby in Russia.

Meanwhile, losses are mounting in the northern city of Chernihiv, with more than 50 people killed by Russian forces on Wednesday alone, the regional governor said on Thursday.

The information could not immediately be verified and Russia denies targeting civilians.

On Wednesday evening, the MoD said it is likely that ‘Russia is resorting to the use of older, less precise weapons, which are less militarily effective and more likely to result in civilian casualties.’

Russia-Ukraine war: Everything you need to know

Since Russia’s invasion of Ukraine began on February 24, the country has suffered widespread damages and loss of life amid a major bombing campaign.

Over 3 million people have fled, as Ukrainian cities face shortages of food, water, heat, and medicine – with thousands of British people opening up their homes to Ukrainian refugees.

Countries have retaliated by imposing sanctions on Russia and oligarchs such as Roman Abramovich, while large companies like Disney, Starbucks, McDonald’s, and Coca-Cola have suspended business in the country.

However, despite these economic blows, Russian President Vladimir Putin hasn’t shown any signs of calling off the attack anytime soon.

Get in touch with our news team by emailing us at [email protected].