Thousands of children will remain stuck at home for at least a week beyond Monday’s scheduled return to school.

Some may have to wait a full fortnight more – denying them desperately needed classroom time after a year of educational chaos.

The postcode lottery is revealed in a Daily Mail survey of local authorities and academy trusts across England.

While Monday is the return date, Boris Johnson had granted schools a week to get fully up to speed. 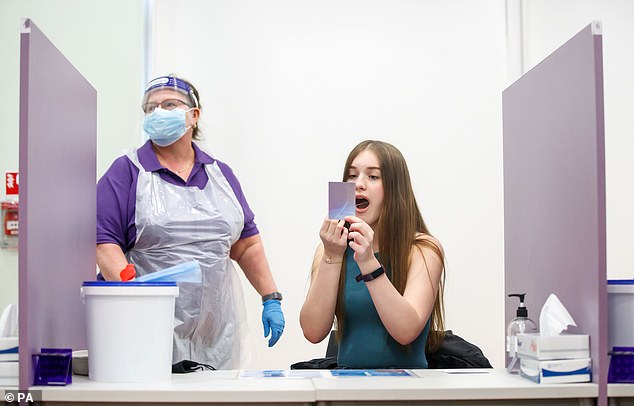 A significant majority of councils have elected to spend much of next week testing secondary-age pupils, with lessons for all resuming on March 15.

However some councils are going beyond the one-week allowance.

Newham in east London said its secondaries would take a fortnight to fully return as has Wakefield in West Yorkshire.

Herefordshire Council said pupils should be back by March 17, while Bracknell in Berkshire said it was aiming for ‘the week beginning March 15’ for a full return.

Schools outside council control have a range of return dates. Dudley Academies Trust in the West Midlands has told parents their Year 7 children can return to lessons only on March 22. 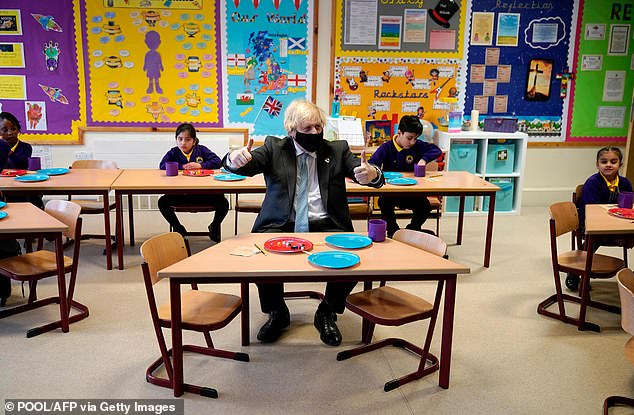 More half-terms and a shorter summer holiday could be the future of schooling post Covid-19, the Education Secretary said yesterday.

Gavin Williamson said ‘all options’ must be on the table to help pupils recover from the effects of the pandemic and prosper in the future.

He added: ‘There’s been discussion about five-term years. It’s right to have that discussion… about how we can really drive children’s attainment in schools.’

Julie McCulloch, director of policy of heads’ union ASCL, said there was substantial evidence to suggest that some children, particularly those from disadvantaged backgrounds ‘may benefit from holidays being spread more evenly across the school year’.But she added that any major shake-ups should not be made in a ‘knee-jerk’ fashion.

The ASCL head teacher union said yesterday that 76 per cent of secondaries were opting for a ‘phased’ return throughout the coming week.

A further 7 per cent of heads said they would extend their reopenings into the following week.

The Chief Inspector of schools, Amanda Spielman, yesterday warned that a ‘large proportion of children are just bored, lonely, miserable’ because they have been at home for so long.

Robert Halfon, the Tory MP and chairman of the Commons education committee, said: ‘One can understand a few days’ grace here or there for Covid-related reasons, but we have got to get children learning again.

‘Millions have now been vaccinated and the Chief Medical Officer says schools are safe; every day children are not in school we are damaging – and potentially destroying – their life chances.’

A former permanent secretary at the Department for Education admitted on Thursday that the pandemic should have been handled better.

Jonathan Slater, who lost his job over last summer’s exams fiasco, told a conference the system was ‘a bit of a mess’ and was crying out for ‘clear strategy and vision’.

From Monday all teenage pupils will need to wear masks in lessons. Secondary schools will also oversee three Covid tests per pupil in the first two weeks of term. After then, children will be asked to do tests at home.

Teachers have questioned whether their schools should be acting as ‘field hospitals’, and yesterday warned that obtaining parental consent for testing was likely to be a problem. 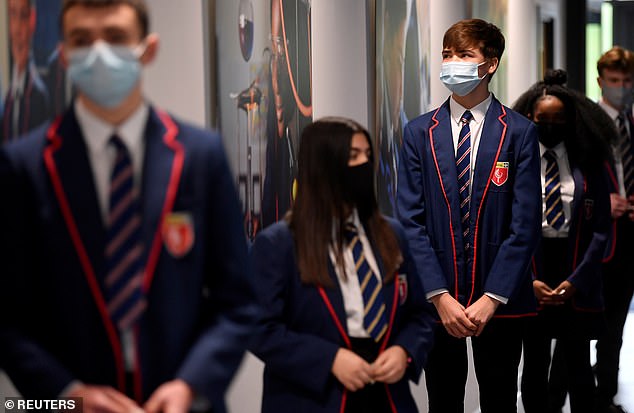 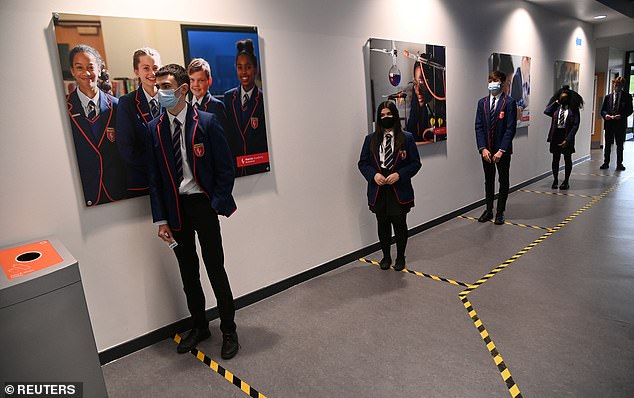 Masks in class ‘must go soon’

The head of Ofsted hopes masks in secondary schools will remain for ‘as little time as possible’.

Amanda Spielman said yesterday that she understood the ‘need for infection controls’ but hoped pupils would return to a normal teaching environment soon.

The Department for Education says secondary school students and staff should wear masks in class when social distancing cannot be maintained.

Public Health England’s Dr Susan Hopkins said this will reduce the risk of Covid transmission. But campaigners say the evidence behind the measure must be published.

More than half the heads responding to ASCL’s survey said consent was an issue and fewer than one in five had had no problems preparing testing systems.

Geoff Barton, general secretary of the ASCL, warned of ‘the massive challenge facing schools and colleges in running a testing programme which involves setting up something that looks like a field hospital and then processing hundreds or thousands of pupils before they return to class’.

He added: ‘The logistics involved mean that may schools will need to phase the return of students. There will be a full return but it will be from – not on – Monday.’

Primary schools should be unaffected, getting their pupils back in their entirety on Monday.

A Department for Education spokesman said: ‘Our guidance is clear that secondary schools and colleges can stagger the return of their students over the first week to help them offer rapid testing in a safe and orderly way, but all students should be back no later than Monday, March 15.

‘We know the vast majority of schools are working towards getting students back as soon as possible. Wherever it becomes clear that is not the case, our regional schools commissioner teams work closely with councils and trusts to make sure schools follow our guidance.’