FOOTAGE has emerged showing wreckless revellers in Spain cramming into a bar as the country fights a vicious Covid-19 second wave.

Scores of youngsters can be seen boozing cheek by jowl in the rammed nightspot in Catalonia, blatantly ignoring coronavirus social distancing rules — with some even hugging and kissing. 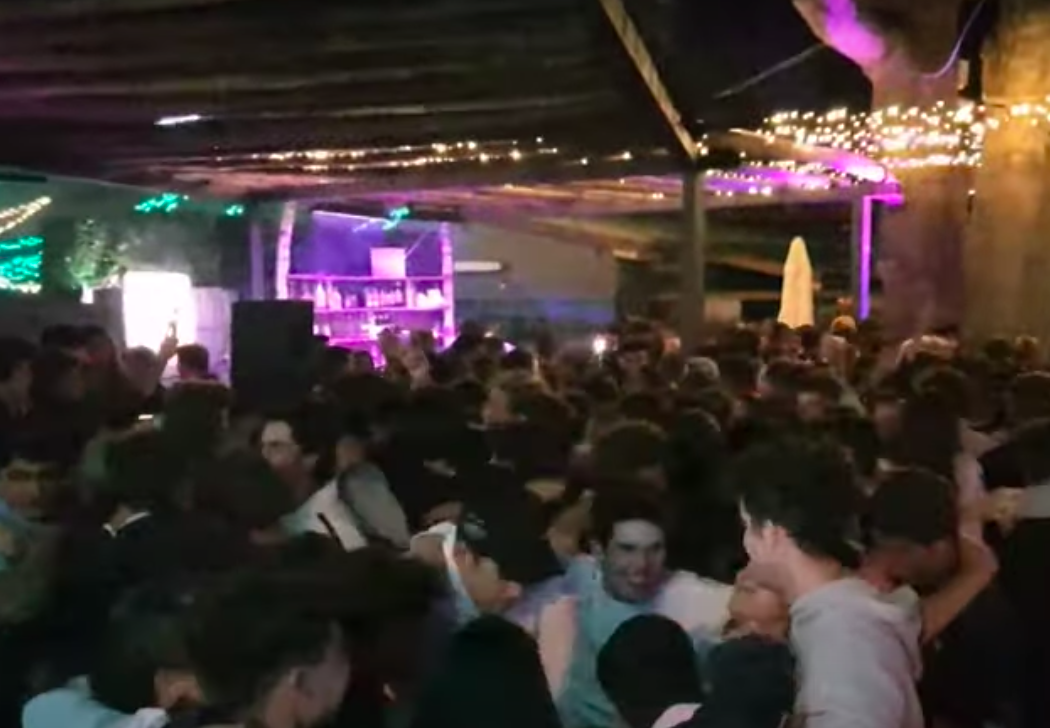 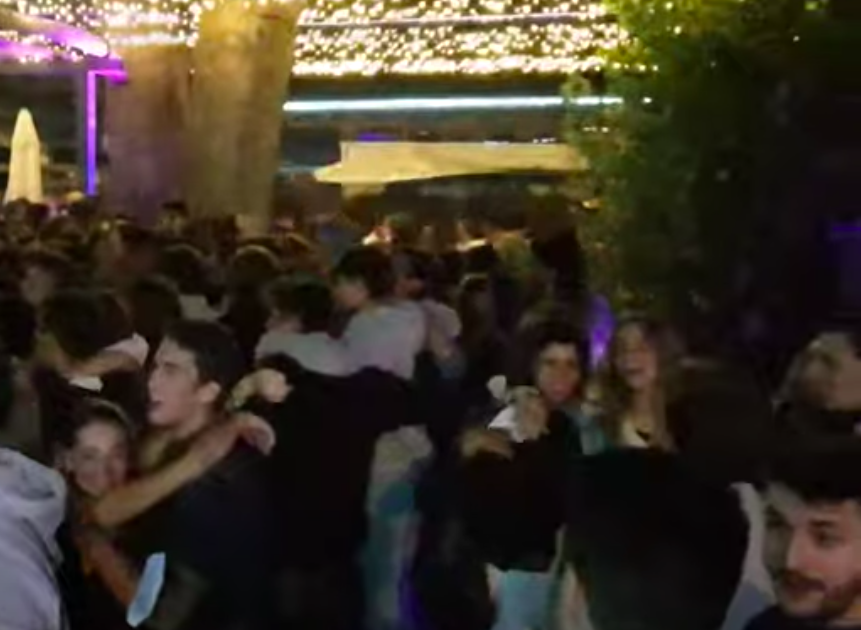 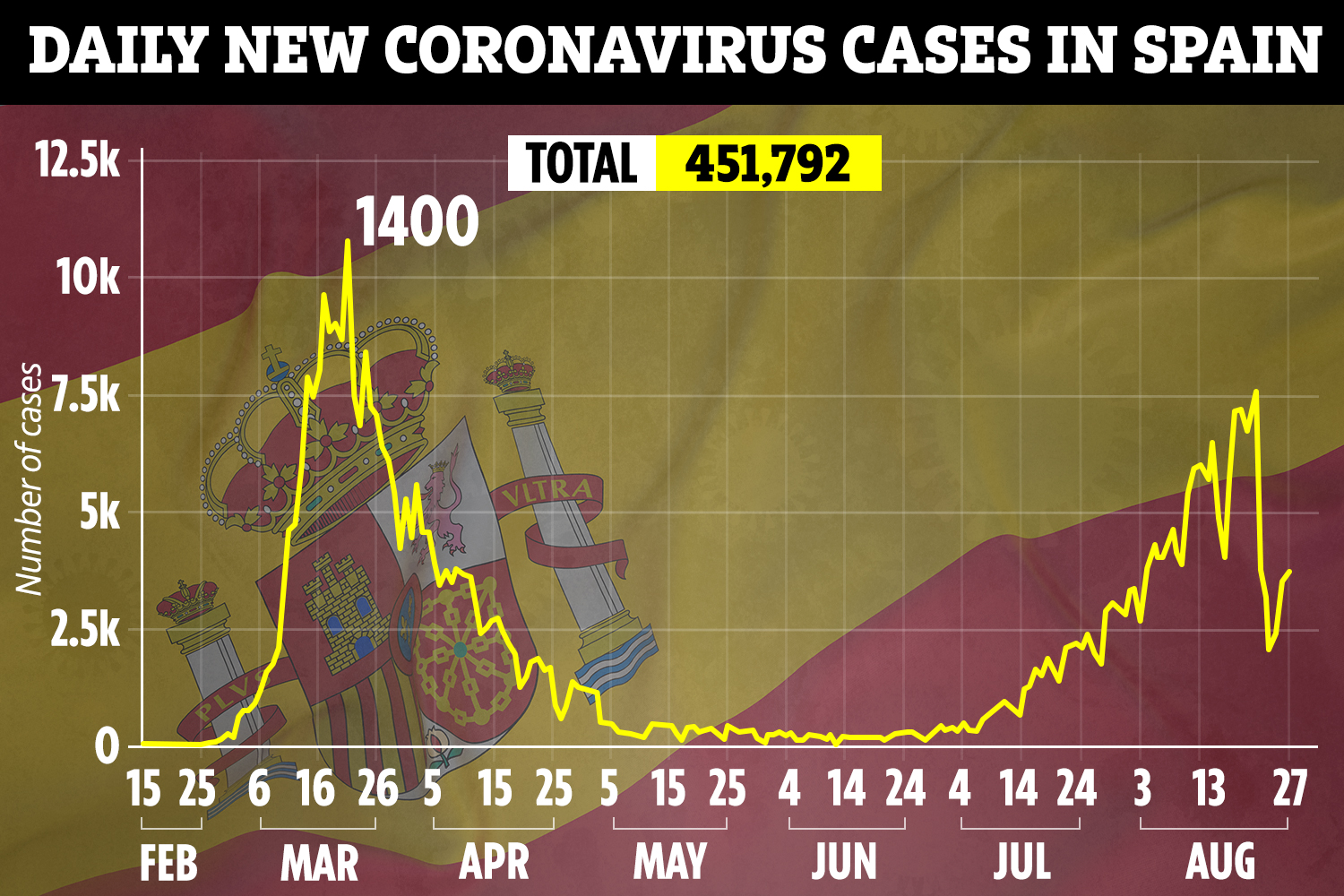 The video has emerged as the country experienced a surge of more than 9,600 Covid-19 yesterday— with the capital Madrid and tourist favourites Barcelona, Benidorm, Marbella emerging as major hotspots.

Spain is by far the hardest hit in Europe and this week overtook the US in new daily cases per million people, according to new figures.

Regions across Spain including the capital and Gran Canaria are back in voluntary lockdown as coronavirus outbreaks continue.

But other like Catalonia have tried to avoid lockdown by shutting nightclubs and banning outdoor drinking, with those caught risking £14,000 fine.

Bars and restaurants have been allowed to stay open as long as they shut each night at around 1am and observe social distancing rooms.

However, footage obtained by El Pais shows Badiu bar-restaurant in Queixans last Saturday night crammed with singing, hugging and kissing young drinkers just before it closed at 1am.

Several witnesses told the newspaper that despite the efforts of waiters, most of the rowdy revellers surged into the bar and ordered drinks without face masks on or maintaining a safe distance from staff and themselves.

It’s practically impossible to have young people between 18 and 25, sitting down, quiet and not dancing

Mauro Maqueada, the owner of Badiu, said: "We make all patrons enter with a face mask and do everything possible to adapt to the measures that are being applied.

"Every night, we throw people out for not behaving."

She added it should be up to "individual responsibility" and complained about how difficult it was for establishments to meet the coronavirus restrictions.

She said: "It’s practically impossible to have young people between 18 and 25, sitting down, quiet and not dancing." 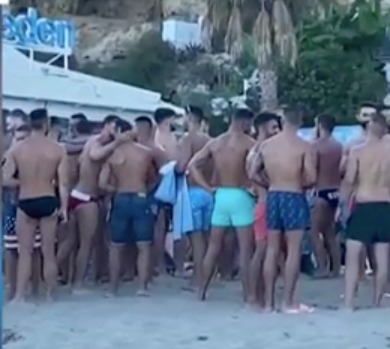 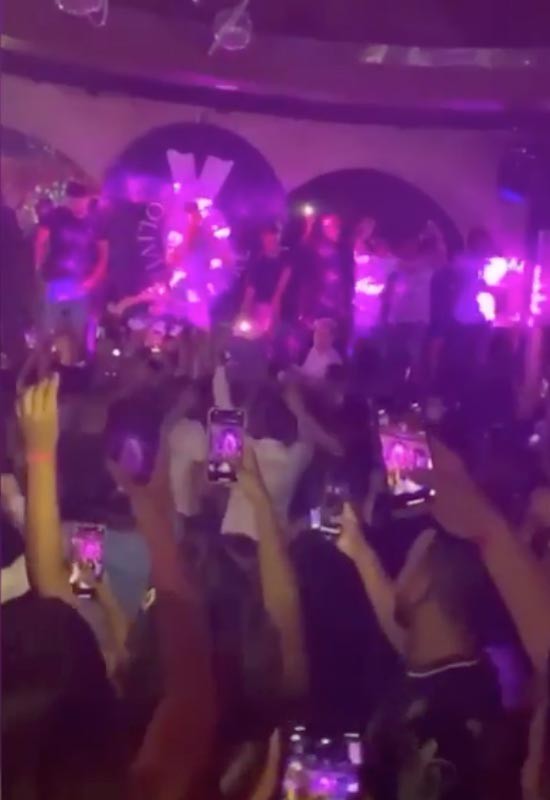 On Monday, video emerged showing scenes at the Eden resort in El Bajondillo in the Costa Del Sol which outraged locals.

AS TV claimed there were more than 200 people not following health and safety regulations directly in front of the beach club.

The beach club owners said they “only serve customers at a reserved table or hammock” and that it does not allow “the free movement of people through the establishment without wearing masks or keeping safe distances”.

It came after police found 500 party goers crammed in there with no social distancing or masks earlier this month.

On Tuesday Prime Minister Pedro Sánchez called on the army to help deal with the escalating crisis.

Mr Sánchez warned the pandemic could "take control of our lives" again should the surge in cases continue into the Autumn.

Although the Spanish government declared Spain a safe country to travel, thousands of British tourists have been ordered to self-isolate for 14 days on their return from Spain or face a £1,000 fine.

Neighbouring France has recorded 6,111 new infections – its highest number since early May with level of new infections not seen since the height of the epidemic in early April.

Its government wanted to avoid a new nationwide lockdown, even as a senior adviser warned that a second wave could hit the country in November.

But wearing a face mask in public has become mandatory across Paris and several surrounding areas. 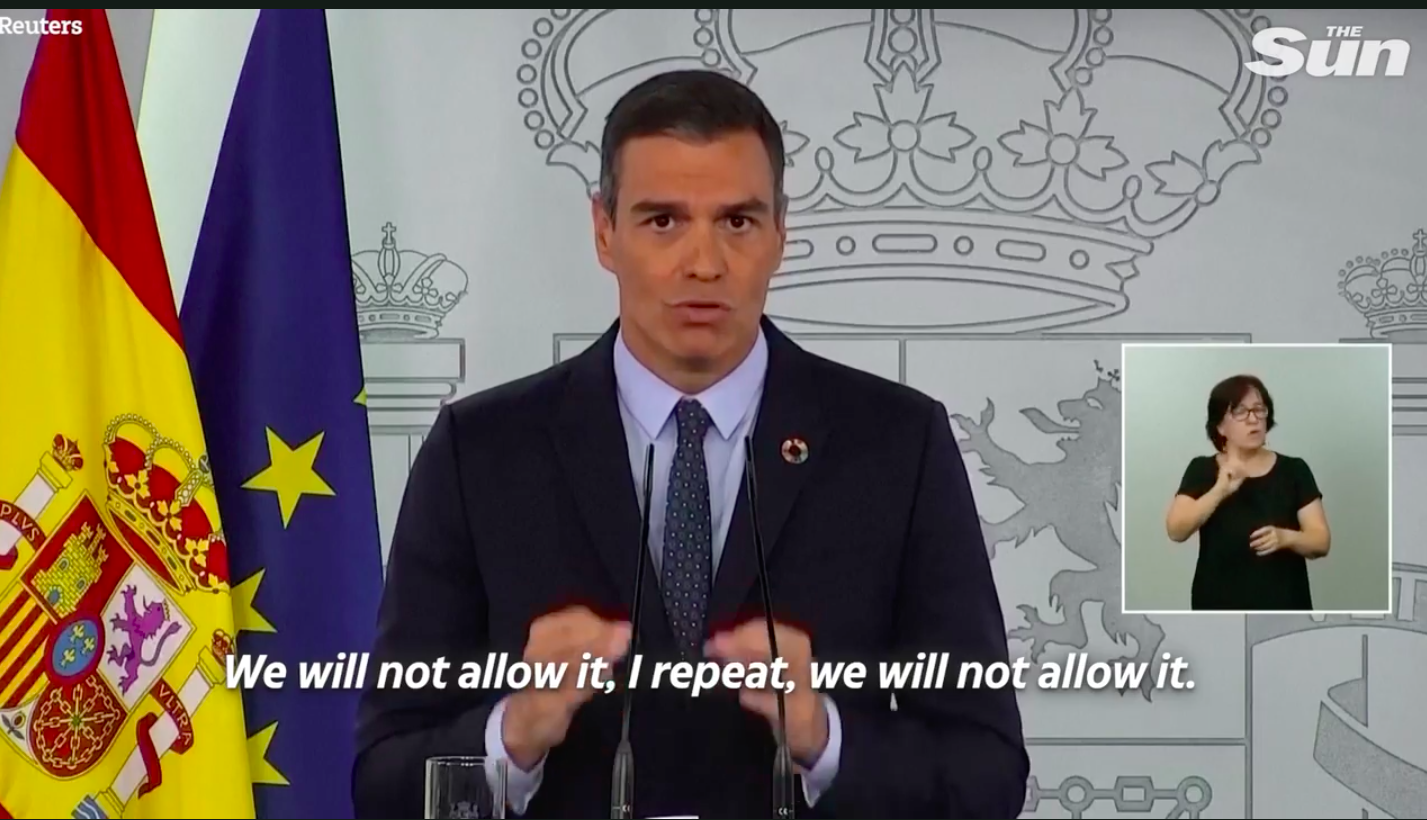 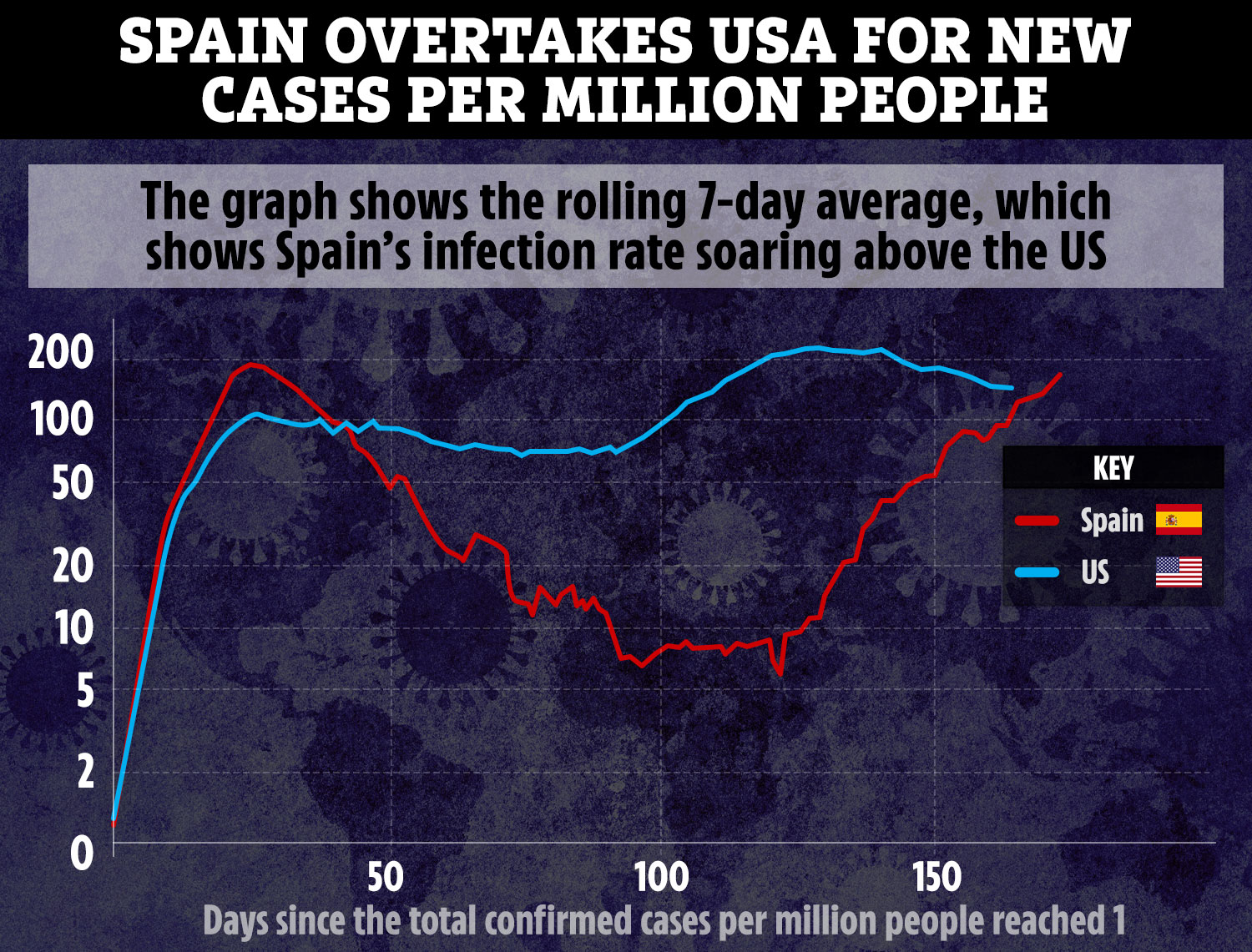 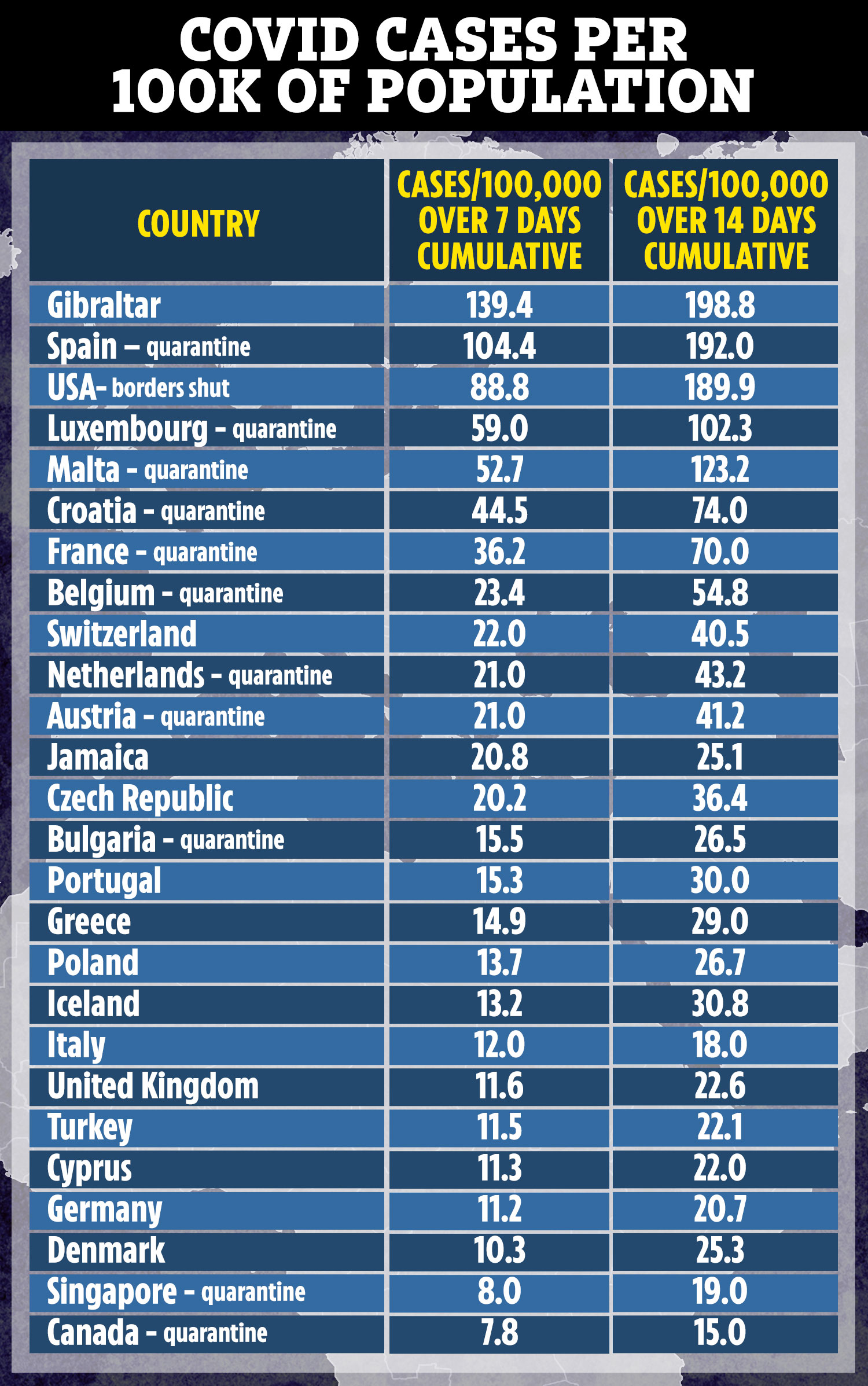 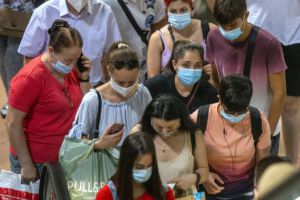