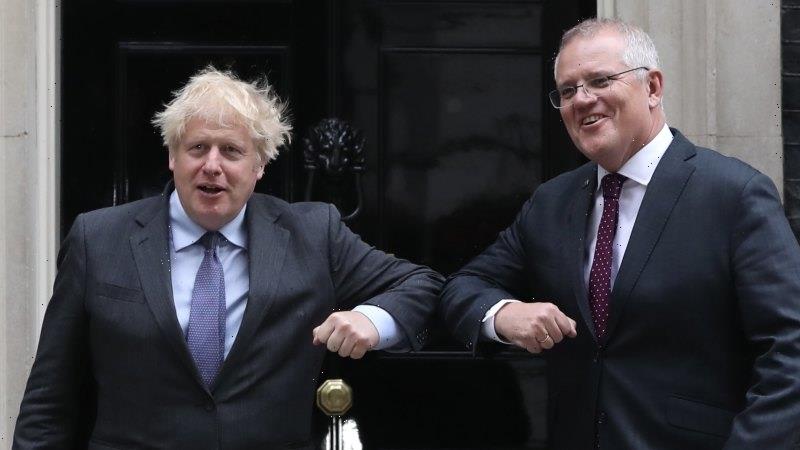 London: A free trade deal which clears the way for more Australians to live and work in Britain once international borders reopen has been struck by Prime Minister Scott Morrison and Boris Johnson after the pair offered last-minute concessions over diner at Downing Street.

The Sydney Morning Herald and The Age understand the leaders will announce the in-principle agreement – which could boost the Australian economy by up to $1.3 billion each year and offer exporters new options to pivot away from the volatile Chinese market- on Tuesday morning local-time. 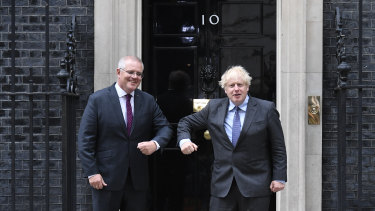 Morrison and Johnson thrashed out some of the final barriers to the new economic pact during a three-hour dinner at the British Prime Minister’s official London residence on Monday evening.

The in-principle agreement which will now be fleshed out into legal text and then passed by parliaments in both countries.

It will likely take effect from mid-next year.

The Australian deal – Britain’s first since it split from the European Union – also gives Johnson a big symbolic victory as he seeks to soften the economic costs of Brexit through new agreements with other trading partners.

While the terms of the Australian deal have not been released, it is expected to include a substantial revamp of visa requirements to make it easier for professionals and young travellers to live and work in Britain and vice-versa.

The agreement will also mean a raft of professional qualifications gained in one country will be recognised in the other.

Fears that the signing might be delayed by a squabble over how much Australian beef and lamb would be allowed into the UK proved unfounded, with the two leaders settling on a scheme which will phase out tariffs and quotas. The exact number of years will not be known until Tuesday’s announcement.

The UK had initially asked for a 15-year transition period and Australian wanted all restrictions to be immediately swept away.

The sensitivities in Britain over the impact of more Australian agricultural imports on farmers point to difficult negotiations ahead with America, one of the world’s largest food producers.

Protectionist forces within the Conservative Party have claimed an open-slather deal with Australia would set a precedent for future negotiations with Washington.

The full potential of the deal will only be realised whenever Australia eases its hardline approach to coronavirus and opens its border to vaccinated travellers, which Morrison has not put a timeline on.

British government documents show a trade deal with Australia could lift UK GDP by 0.02 per cent, or £500 million ($914 million). Exports to Australia are expected to increase by between 3.6 and 7.4 per cent.

Canberra is yet to conduct its own impact modelling but British forecasts suggest GDP in Australia could grow by up to £700 million ($1.3 billion) under a tariff-free deal.

Former Australian prime minister Tony Abbott, one of 12 advisers on the new-look UK Board of Trade, cautioned protectionists against trading in “fear, not hope”.

“It baffles me a little that so many people in Britain are always running the country down,” he told GB News.

Morrison will now travel to Paris to meet French President Emmanuel Macron and former Australian finance minister Mathias Cormann, the new secretary-general of the Organisation for Economic Co-operation and Development, before returning to Canberra.