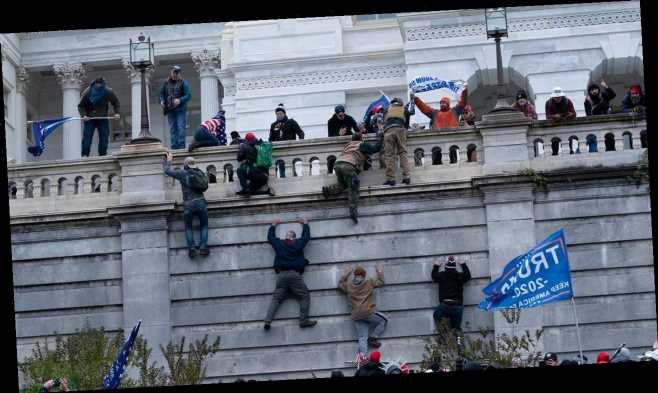 The president of Seattle's rank and file police officer's union is facing an internal investigation and calls to apologize or resign after tweets suggesting liberal activists are partly to blame for the U.S. Capitol riot.

Seattle Police Officers Guild President Mike Solan tweeted Friday that the "far right and the far left are responsible for that sad day" and retweeted a message pointing out that a Black Lives Matter activist was in the mob of Trump loyalists who stormed the Capitol building last week.

Solan wrote that American cops are caught in the "middle" between factions vying for political control after sharing a tweet by Andy Ngo, a conservative journalist known for covering street protests in Portland who was attacked by Antifa counter-protesters in 2019.

Ngo had shared a screengrab of video taken from inside the Capitol building during the riot that interrupted the congressional certification of Electoral College votes. It appeared to show the same man in a mugshot from July 2020.

Ngo identified the man as John Earle Sullivan, "an extreme BLM activist from Utah." Sullivan "was arrested & charged in July 2020 over a BLM-antifa riot where drivers in Provo were threatened & one was shot," according to the journalist.

"As the [mainstream media] tells us who to blame for yesterday’s troubles, @MrAndyNgo continues to be reliable. #HOLDTHELINE!" Solan wrote.

Solan did not immediately return a Fox News request for comment Sunday. 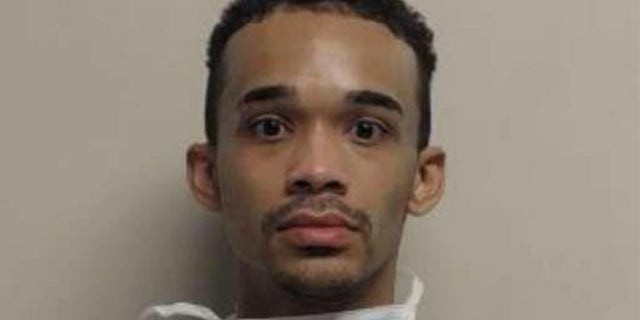 John Early Sullivan — A Utah activist who faces criminal charges in connection with a Provo protest he organized in June said he attended a pro-Trump rally that turned into a violent attack on the U.S. Capitol in order to see "the truth" about the protests for himself and the organization he represents.
(Utah County Sheriff’s Office)

Sullivan, the founder of Utah-based Insurgence USA, was detained by police in Washington, D.C., for about an hour and a half Thursday night, as investigators questioned him about videos he posted to social media from inside the Capitol building Wednesday, Deseret News reported.

Sullivan admitted to Fox News that he climbed through a window to "document" the riot Wednesday and that he regularly attends protests to record what’s going on, including a clash involving Proud Boys on Tuesday near D.C.’s Black Lives Matter Plaza. His group, Insurgence USA, describes itself as "the revolution," and, in August, another video shows Sullivan telling a small crowd at a D.C. intersection that he would "rip" President Trump out of office, pointing to the nearby White House.

Sullivan was previously arrested in Utah and faces charges in connection with a June protest he helped organize in Provo, where a different demonstrator allegedly shot a passing motorist during a confrontation.

BLM ACTIVIST INSIDE CAPITOL CLAIMS HE WAS 'DOCUMENTING' RIOTS, ONCE SAID 'BURN IT ALL DOWN'

After receiving complaints about Solan's tweets, the Office of Police Accountability, an independent office at the Seattle Police Department that handles misconduct complaints, confirmed it has opened an investigation, the Seattle Times reported.

Interim Police Chief Adrian Diaz announced Friday that OPA will also be conducting a full employee review of activities at the Capitol after it was discovered that at least two Seattle police officers attended the pro-Trump rally that preceded the mayhem.

"The SPOG President’s statement is wrong, immoral, and a lie. The violent and seditious actions we all witnessed were done by anti-government mobs, inspired and directed by President Trump and his legion of enablers," the mayor’s office said, according to KOMO.

"His statements do a huge disservice to the hundreds of police officers who work daily to serve the public and the rule of law, believe in equality, and were disgusted by Wednesday’s events," it continued. "His statements do not reflect the values of the City of Seattle but instead echo the failed lies of a failed presidency. In fact, every officer at the Seattle Police Department has an obligation to not post speech that negatively impacts the Department’s ability to serve the public."

The Washington Fraternal Order of Police criticizced Solan's comments on social media, saying they "undermine our efforts to rebuild the trust needed between law enforcement and our communities."

"We believe that when peace officers allow their personal biases to influence their perceptions of events and behavior, it severely compromises our ability to fulfill our duty to protect and serve," the state police group said in a statement.

Scott Lindsay, a former candidate for city attorney in Seattle, also called on Solan to apologize or resign.

"As someone who has fought for police reform and defended Seattle Police against defunding, I have a duty to call out when the head of their union spreads misinformation about the Capitol attack. @realmikesolan should apologize or resign. SPD officers deserve better," Lindsay tweeted.

Solan responded to Lindsay, writing: "It is a major stretch for you to claim that I blame BLM solely. Not true. Far right and far left are responsible for that sad day. We all can do better as a nation. Conversation is the remedy."

Carmen Best, the former Seattle police chief who stepped down in September, sided with Lindsay, writing: "Wholly agree with Scott Lindsay!  BLM was not the cause of yesterday’s insurrection. We have to tell the truth."

Best, the first Black police chief in Seattle, resigned after the City Council approved a plan to cut the police budget by $4 million and lay off as many as 100 officers. Her last few tumultuous months on the job were marred by protests against systemic racism and police violence following the death of George Floyd.