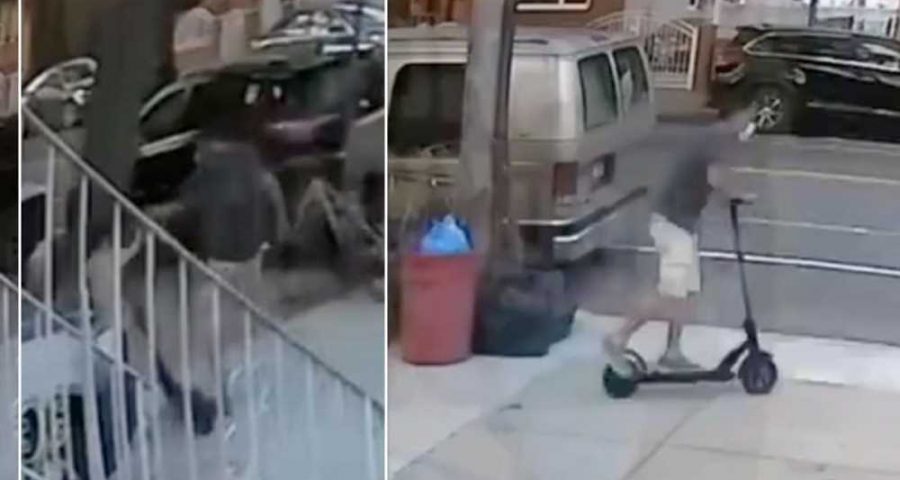 In the video, the masked adult is seen waiting for his victim, a second grader, to cruise down the sidewalk on 12th Avenue in Borough Park.

As the child rides toward him, the creep grabs the handlebars to bring the vehicle to a stop, snatches the e-scooter away from the boy, and rides off in the other direction, the footage shows.

Earlier this week, NYPD officers presented the traumatized boy with new wheels for his seventh birthday.

“[W]e were able to provide the young victim a brand new scooter and helmet for him to enjoy!” the NYPD tweeted.

In the aftermath of the robbery, the boy was too scared to attend school or ride a scooter again.

“We are working on it,” the father told The Post last week. “We are going to have therapy for him, for sure. We are not going to let him fall behind.”