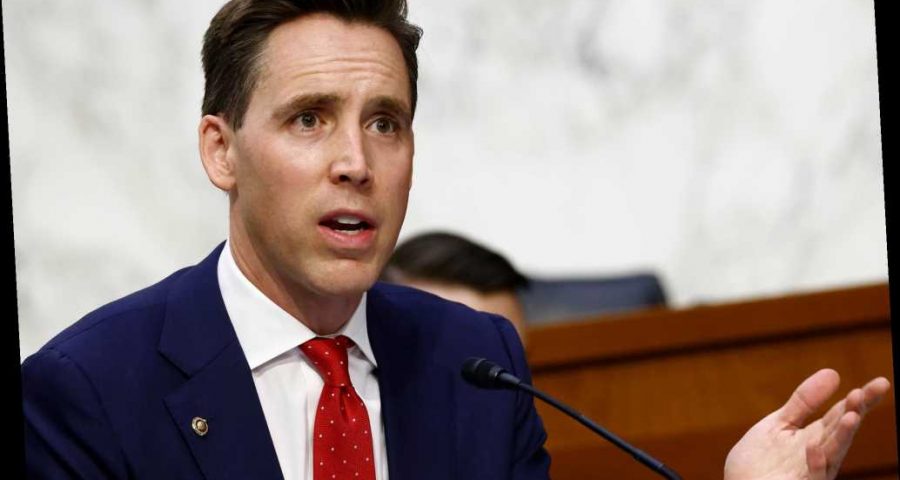 A group of far-left activists carried out a protest at Sen. Josh Hawley’s Washington, DC, home over his decision to object to President-elect Joe Biden’s Electoral College victory, while his wife and children were inside alone.

On Monday evening, Hawley (R-Mo.) tweeted that “Antifa scumbags came to our place in DC and threatened my wife and newborn daughter, who can’t travel. They screamed threats, vandalized, and tried to pound open our door.”

The Missouri senator said that he was in his home state when the protest took place.

ShutDown DC, the group that organized the gathering, offered a different interpretation of events, describing it as “an hour long vigil.”

“We came to let Hawley know that his actions are undemocratic and unacceptable. Voters decided who they wanted to be president and now Hawley is trying to silence their voices, even after Republican election officials certified the vote counts,” ShutDown DC activist Patrick Young said of their actions.

The group posted video of the full event hours before Hawley took to Twitter to detail the ordeal.

The 51-minute video showed about a dozen or so individuals standing on the sidewalk outside the senator’s DC home, chanting phrases including “shame” and “protect democracy from the GOP.”

At multiple points, individuals could be seen going up to Hawley’s front door to drop off reading materials and turn around.

At the 26-minute mark, a woman appearing to be Hawley’s wife came outside the entryway while holding the newborn. She can be seen returning inside moments later.

Less than ten minutes later, three people who were not affiliated with the demonstration could be seen being let into the home by the same woman.

At another point, a neighbor of the Hawleys confronted the protesters before being pulled away.

Police arrived on the scene not long after, eventually telling one of the protest organizers that it may be illegal to continue what they were doing, leading some activists to promise to return in the morning.

The group left signs and candles before leaving the residence.

After Hawley took to Twitter to slam the group for creating fear for his wife and family, the group responded by denying any wrongdoing.

“We visited Senator Hawley’s house for around 30 minutes. We sang songs, chanted and shared our stories. A small group of people delivered a copy of the constitution to his door (with Article II, Section 1 of the Constitution dog eared for easy reference),” the group stated in one of a series of tweets Monday night.

The group described their event as a “vigil,” which Hawley did not take kindly to.

Last Wednesday, Hawley became the first GOP senator to pledge to object to certifying the Electoral College results in Congress, guaranteeing President Trump a last stand in his fight to overturn the November election results.