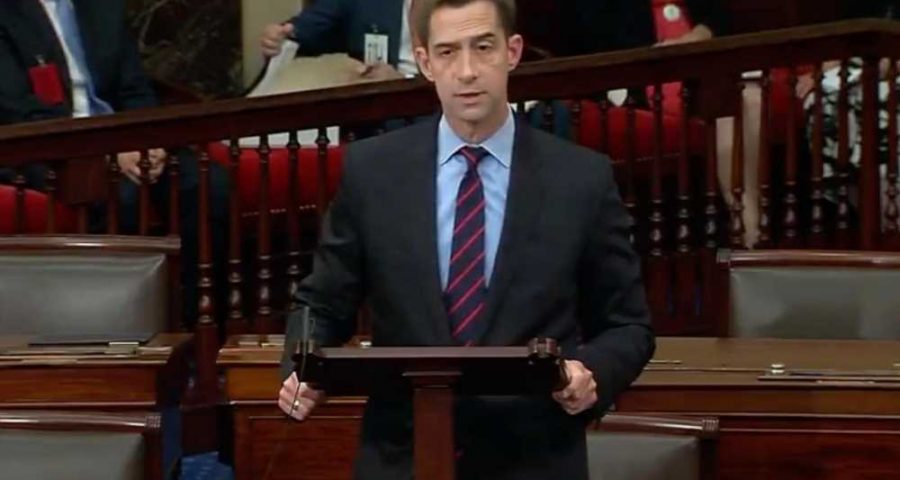 W is for Woke: Elementary school accused of indoctrinating kids with anti-cop video

The US Senate has voted to pass an amendment in the $3.5 trillion budget reconciliation package that bans federal funds from being used to teach Critical Race Theory in schools, Senator Tom Cotton says.

The Arkansas Senator introduced the Stop CRT Act last month in a bid to prevent federal tax dollars from being used to teach the “indoctrinating” theory in K-12 classrooms.

The Senate approved Cotton’s amendment in a 50-49 vote, according to Fox News.

“They want to teach our children that America is not a good nation but a racist nation,” Cotton told the Senate floor ahead of the vote.

“Those teachings are wrong and our tax dollars should not support them.”

“My amendment will ensure that federal funds aren’t used to indoctrinate children as young as pre-K to hate America.

“Our future depends on the next generation of kids loving America and loving each other as fellow citizens, no matter their race.”

Cotton’s amendment was part of a 15-hour “vote-a-rama” overnight that eventually saw senators pass the $3.5 trillion budget reconciliation package at around 4 a.m. in a 50-49 vote.

The fight over CRT in schools — of which Cotton has been an outspoken critic — has escalated in the US over the last year.

Much of the outrage is centered on concerns that children are being indoctrinated into believing that white people are inherently racist.

Supporters of the theory argue it can eliminate systemic racism because it looks at the ways race has influenced US law and culture.

Cotton pointed to several cases of CRT being used in schools, including that 30 schools in 15 states have assigned the CRT-inspired book, “Not My Idea: A Book About Whiteness”, which depicts “whiteness” as the devil.