Hundreds of the University of Melbourne’s most senior academics have urged it to pull back from its plan to slash hundreds of jobs as part of a “pandemic reset program” they warn will damage the university’s global standing.

As the university prepares to shed 450 jobs in response to lost revenue, more than 200 professors who sit on its academic board say the plan could “damage our capacity to deliver on our public purposes in the short and long term”. 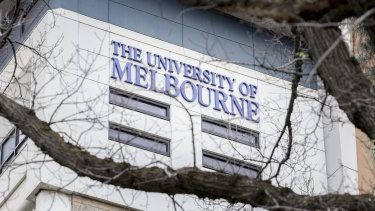 Hundreds of members of the University of Melbourne’s academic board say planned cuts will damage the university’s global standing. Credit:Daniel Pockett

They say the planned restructure – details of which have not yet been fully revealed to staff – will “engender distrust and damage morale, and harm our reputation as a preeminent university, both nationally and globally”.

The academic board is responsible for maintaining high standards of teaching and research.

In a letter to vice-chancellor Duncan Maskell seen by The Age, the board members this week urged the university’s executive to pause its planned restructure, arguing the case for permanent cuts and restructuring of the university’s operations had not yet been made to staff.

“We acknowledge that the COVID-19 pandemic has affected the university’s financial situation. Its impact on the university for the coming years is, however, unclear,” the letter states.

Not all board members signed the letter.

Professor Maskell has already told staff the pandemic will permanently transform the University of Melbourne into a smaller institution. The university forecasts lost revenue of at least $925 million between 2020 and 2022 due to the loss of international students.

A university spokesman said the University of Melbourne was taking a "considered and rational approach to critical decisions that must be made during the COVID-19 pandemic to ensure it continues to be Australia’s leading university that is focused on outstanding teaching and research, not just for today but well into the future".

Victoria's public universities have already announced combined losses of more than 2000 positions this year. There are threats of more to come if the market in international students is not revived.

RMIT University confirmed on Thursday that it had accepted 355 voluntary redundancies, but said it could be forced to shed 250 more jobs before the year is out.

RMIT faces lost revenue of $175 million this year and says it is looking to find savings of $200 million.

“RMIT is responding to an unprecedented situation, which has fundamentally changed our circumstances and operating environment,” a spokesperson said.

“We are continuing to look at all measures that can help RMIT’s ongoing financial sustainability, but the sheer scale of the challenges facing us means that some job losses are inevitable.”

Meanwhile, Monash University will close its Centre for Theatre and Performance as part of a restructure that includes the loss of 277 jobs.

Monash revealed to staff on Thursday where job losses will be targeted, including 58 academic roles where courses are being reduced or scrapped, 91 jobs in student administration and support and 30 library roles.