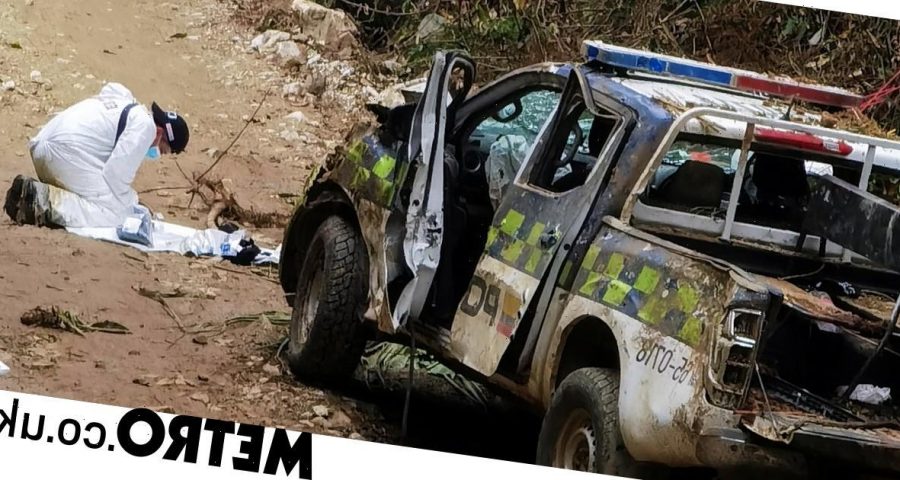 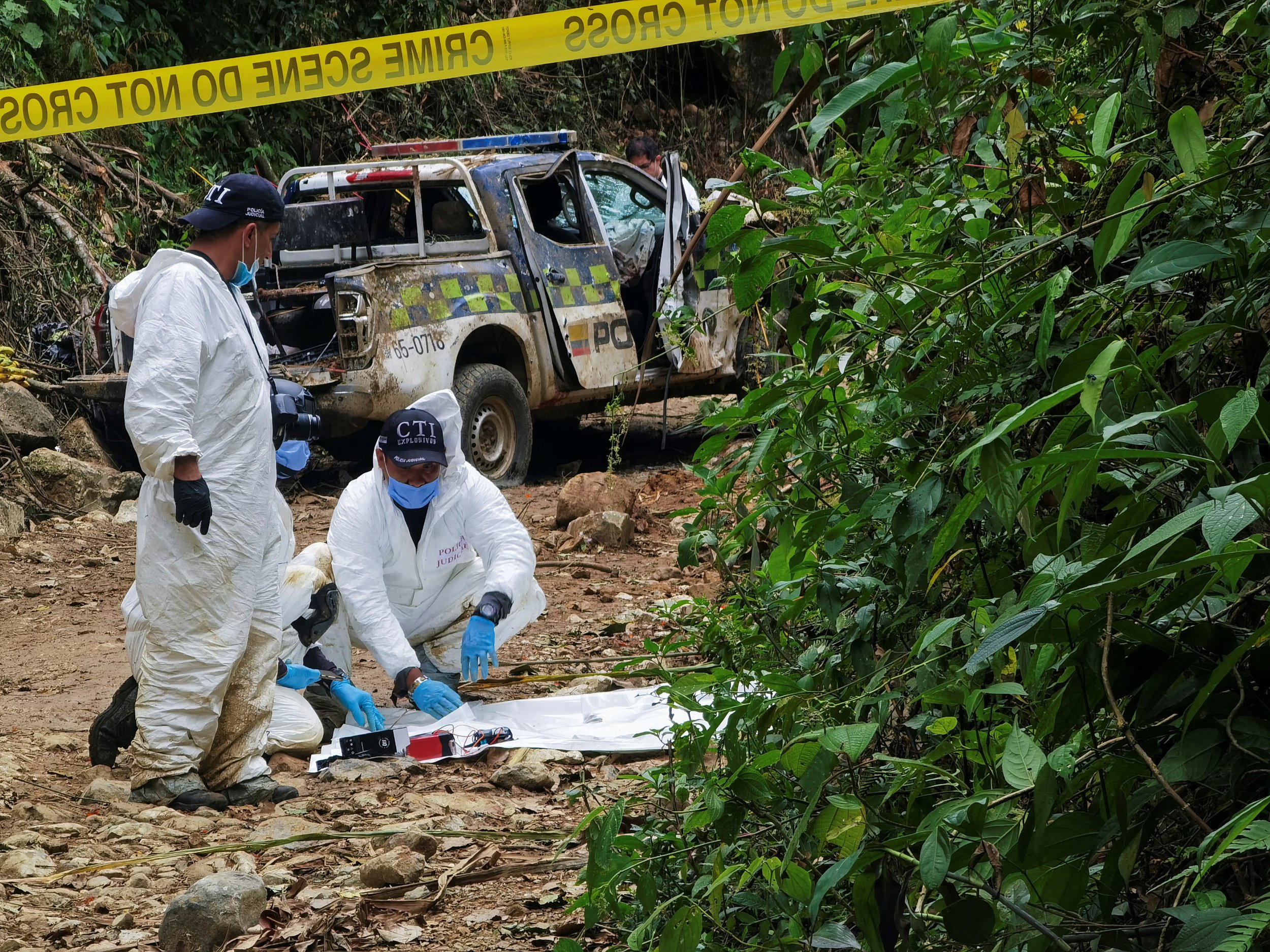 Seven police officers were killed when their vehicle hit a road mine before attackers with guns appeared.

The cops were leaving a social event in the south-west Huila region of Colombia when the explosion happened.

They were then shot dead in an ambush attack, a police spokesperson said.

The killing is the worst attack on security services since President Gustavo Petro was sworn in as the country’s first left-wing leader earlier this month.

‘I forcefully reject the attack with explosives in San Luis, Huila where eight police died. Solidarity with their families,’ Petro said on Twitter on Friday, quoting a death toll of eight that was later revised.

‘These acts are a clear sabotage to total peace. I have asked authorities to go to the area to take on the investigation.’

According to local media and the attorney general’s office, three of the officers killed were reported to be 20 or under.

No group has said it was behind the attack, but Colombia’s Blu Radio pointed the finger at guerrilla groups operating in the area.

He also pledged to uphold a 2016 peace deal that ended a 50-year long conflict with communist guerilla group FARC.

Talks with the National Liberation Army, a group of paramilitary rebels seen to be the largest armed resistance in Colombia, will also be restarted, he said.

There are plans to negotiate the surrender of crime gangs by offering to make deals in exchange for reduced sentences.

Various dissident groups have rejected the peace accord negotiated by the previous leadership in 2016, with the government estimating there are around 2,400 rebel fighters still at large.

Several well-known dissident commanders have been killed recently, mainly due to fighting at the Venezualan border.

Colombia’s conflict between the government, left-wing rebels, right-wing paramilitaries and drug trafficking gangs killed at least 450,000 people between 1985 and 2018 alone.