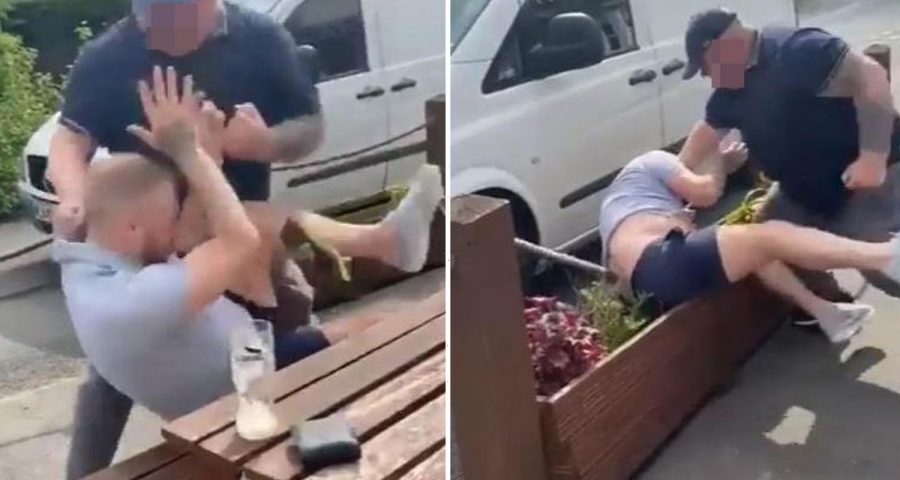 A FIGHT broke out at a rural pub after a man brutally beat up his “friend” in an alleged “revenge attack” – accusing him of stealing money from his daughter's purse.

The furious bloke launched the attack on the unsuspecting man as he drank a pint outside of the leafy pub in Worcestershire. 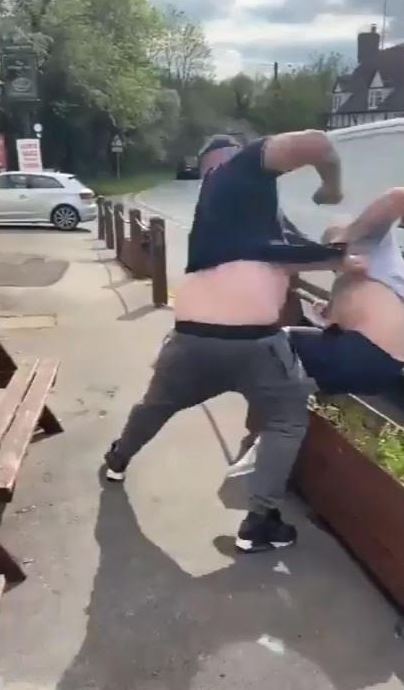 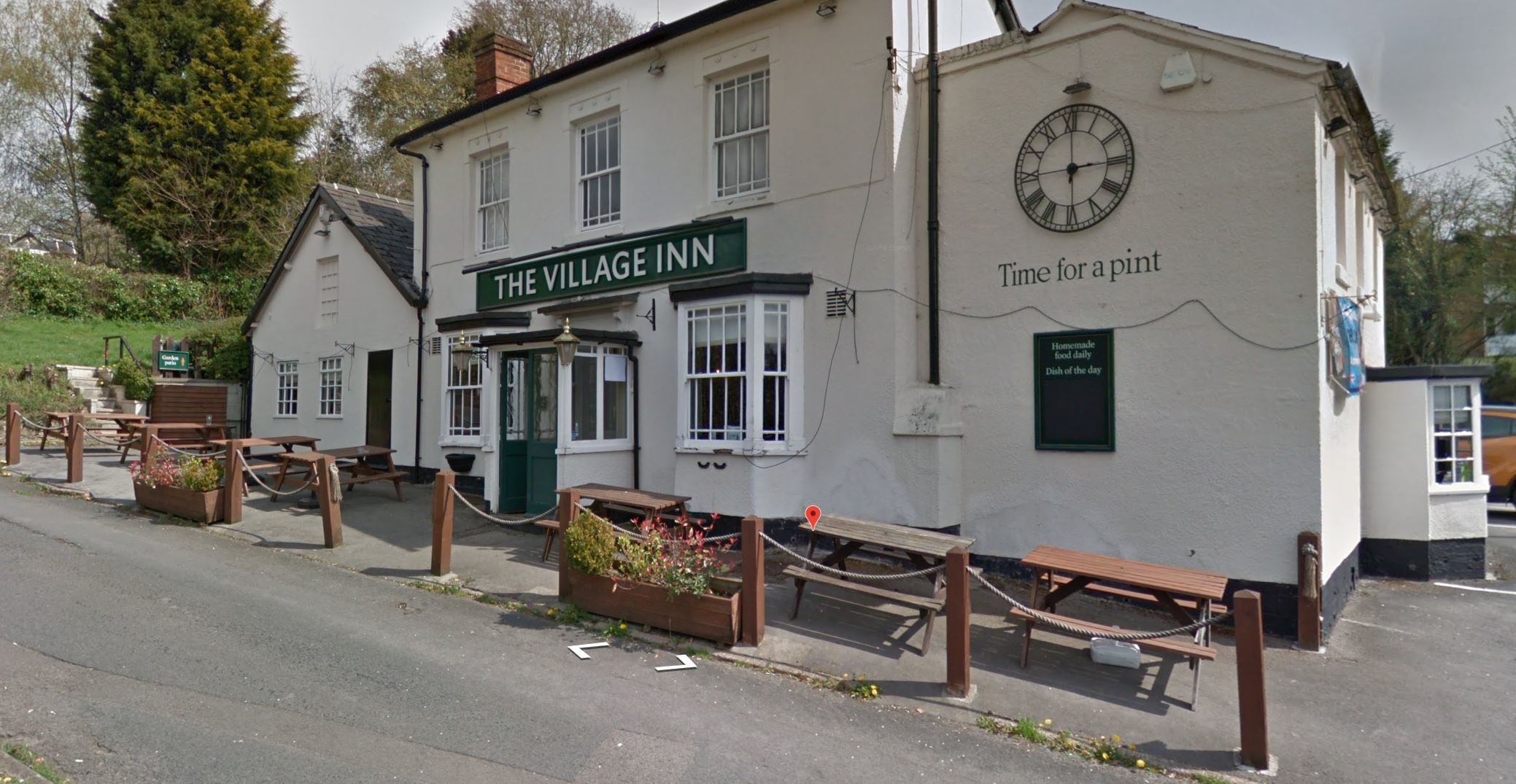 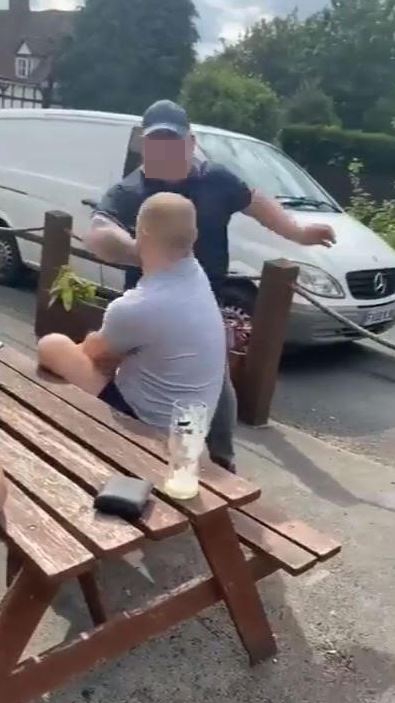 He then proceeds to savagely pummel his victim to the ground from the bench he was sat on and throw him in the air.

The man then screams: “Are you f***ing mad taking money out of my f***ing daughter's f***ing purse!”

It is thought that the disturbing incident took place outside The Village Inn in Beoley, with the footage being shared online on June 3.

In the clip, the man casually strolls into the sunny pub garden as his unsuspecting “friend” sits drinking a pint with a group of mates.

As his mate tries to greet him from the table, the man instead walks towards him and savagely sucker punches him in the head.

The enraged man shouts “You come to my house, you p****!” before grabbing his alleged pal by the collar and ripped his t-shirt. 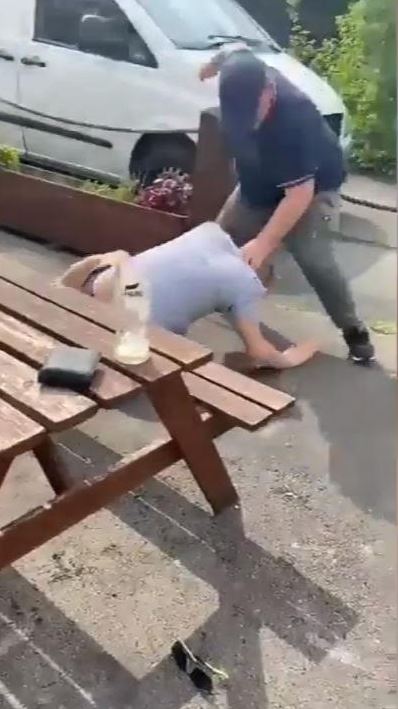 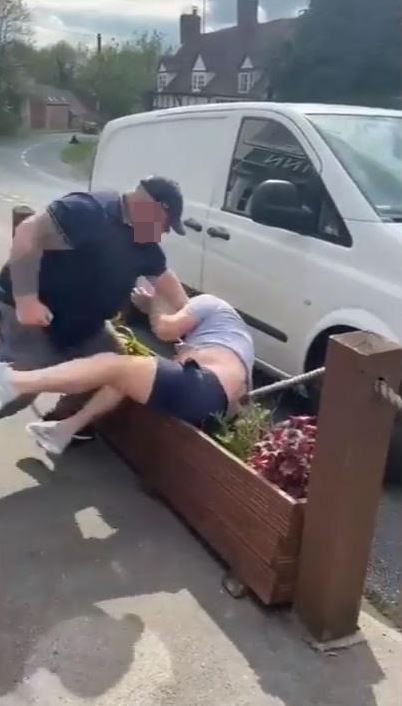 He then to savagely pummelled him to the ground and repeatedly punches him in his head and body.

His former friend cowers in pain as the betrayed man lands a few final blows to his head and calls him “a tramp” as the clip cuts to an end.

Social media users were shocked by the violence in the clip, however many believed that the man deserved his punishment for allegedly stealing money from his friend’s daughter’s purse.

One wrote: “If I had a child, I would of done the same tbh.”

Another viewer also commended the assailant: “Well done mate, who would dare rob a friends kids! No shame! He got what’s coming for sure.”

Other individuals commented on how the video was seemingly filmed by a lad in the group who was aware of the impending revenge attack.

A third added: “You know the guy who recorded it defo set my guy up. Good man!”

Another individual also commented: “Looks like the guy filming knew what was coming when the big man pulled up!

"That’s why the f*cker who robbed a kid got no backing from his pals. What a set up from his mates!”

When contacted by The Sun, The Village Inn said they had no knowledge of the incident.

The Sun has contacted West Mercia Police for a statement. 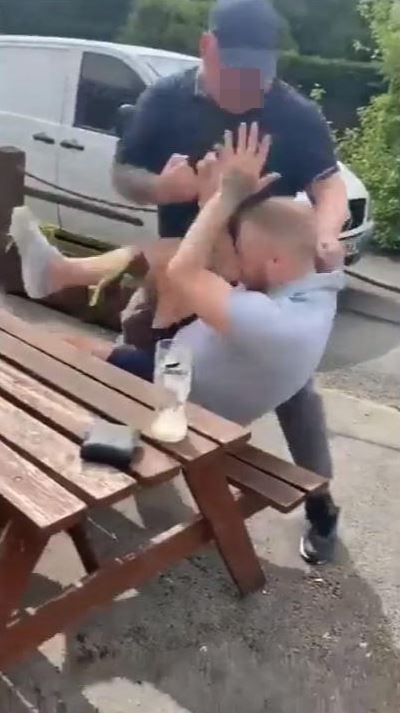