SHOCKING video shows rival thugs clubbing each other with bats, turning a suburban street into a bloody warzone.

A witness reported seeing one of the men bleeding from his skull following the brutal clash in Bolton, Greater Manchester. 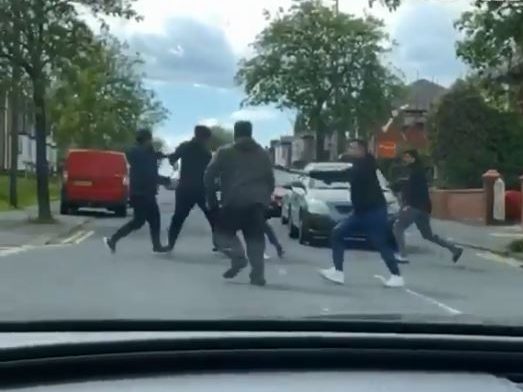 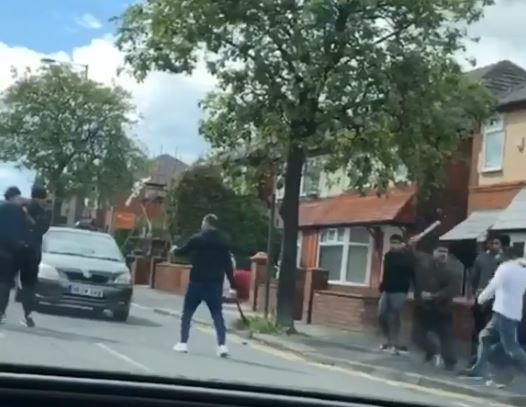 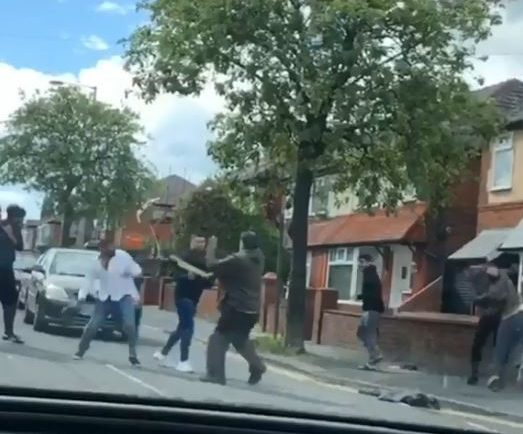 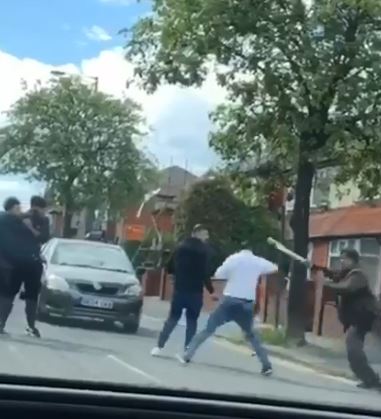 Footage shows the mass brawl erupting in a residential street in broad daylight as a group of yobs start pounding each other with crowbars and cricket bats at about 3pm on Saturday.

About 12 men were caught on camera furiously swinging weapons in the middle of the road in front of horrified onlookers who pleaded with them to stop fighting.

It is unclear what sparked the violence, but during the melee one of those involved could be heard claiming a rival had "attacked my brother".

A witness in a passing vehicle videoed the fight as the attack brought traffic to a halt.

The person filming warns the driver to watch his car, before a man charges at a rival and starts swinging a cricket bat at him.

As several mini battles break out, one man is seen trading punches with a rival and knocks him to the road.

Another shoves his opponent against a car bonnet before a friend comes to his aid and chases the attacker off, hurling a bat at him as he runs away.

Suddenly, a man wielding a baseball bat rushes up behind a rival and cracks him over the head with it, causing him to stagger.

The person filming says: "Oh, s***. He's landed that straight on his head."

A second clip shows an onlooker urging the thugs to stop the violence, saying: "Guys, Ramadan's on Monday."

Most read in UK news 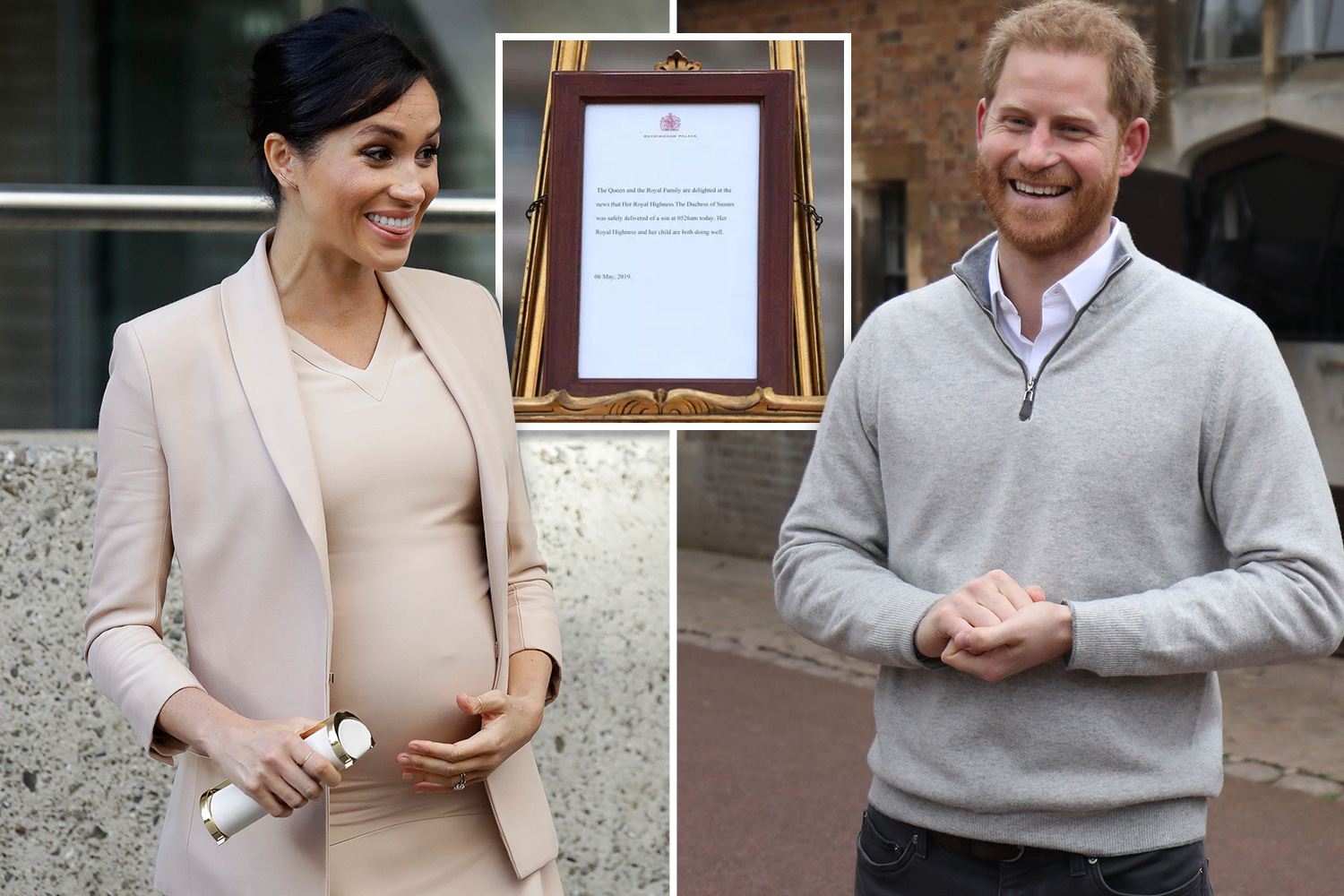 The fighting eventually stopped when the groups broke up and the fighters dispersed.

A Greater Manchester Police spokesman said that cops were told of the clash at 2.55pm – but upon arrival at the scene, everyone had left.

He added: “Minor injuries have been reported from people believed to be involved. Enquiries are ongoing, no arrests were made."