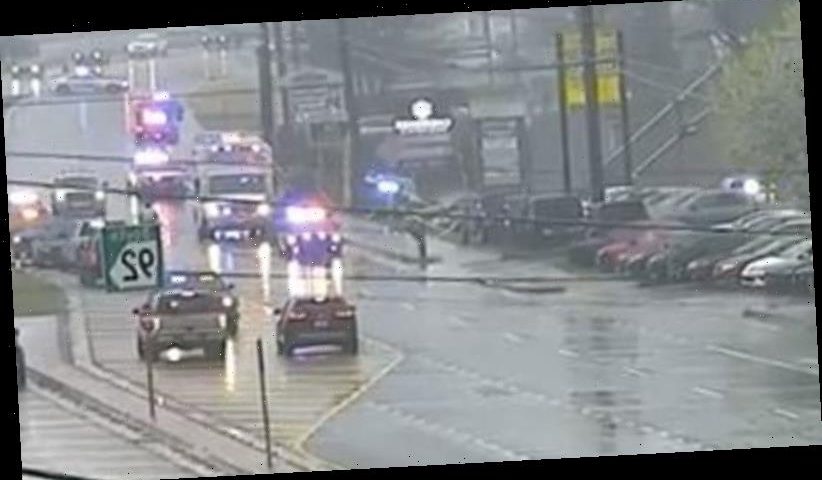 Woodstock: A 21-year-old man has been captured in southwest Georgia, hours after eight people were killed in shootings at three Atlanta-area massage parlors.

At least four of the dead were Asian women, CNN reported.

Three people were killed and two others injured at a massage parlour in Cherokee County late on Tuesday afternoon (Wednesday AEDT), officials said.

Shortly after, shootings at two Atlanta massage parlours that are across the street from each other left four dead.

Police did not say whether they believe the Atlanta shootings were connected to the one in Cherokee County, which is about 50 kilometres northwest of Atlanta.

Cherokee County Sheriff’s Office spokesman Jay Baker confirmed the deaths and said three people have been transported to hospitals for treatment. Their conditions were not immediately available.

Baker told WXIA-TV that it was not immediately clear what prompted the shooting.

It appears that all five victims were shot inside the business, Cherokee County sheriff’s Captain Jay Baker told The Atlanta Journal-Constitution.

The suspect was captured by surveillance video pulling up to the business around 4.50pm on Tuesday (Atlanta-time), minutes before the shooting, authorities said.

Authorities late on Tuesday were searching for a suspect seen driving a dark-coloured SUV. The sheriff’s office posted surveillance pictures on its Facebook page, asking people to share the images that show the man near the vehicle. They described the man as a suspect, and asked that anyone who recognises him or the vehicle call 911.