THESE are the final moments of an ex-WCW wrestler before he collapses and dies in the ring in front of a horrified crowd.

Mexican wrestling star Silver King, 51, had clotheslined his opponent and had just been pinned down when he reportedly suffered a heart attack at the Roundhouse in North London overnight. 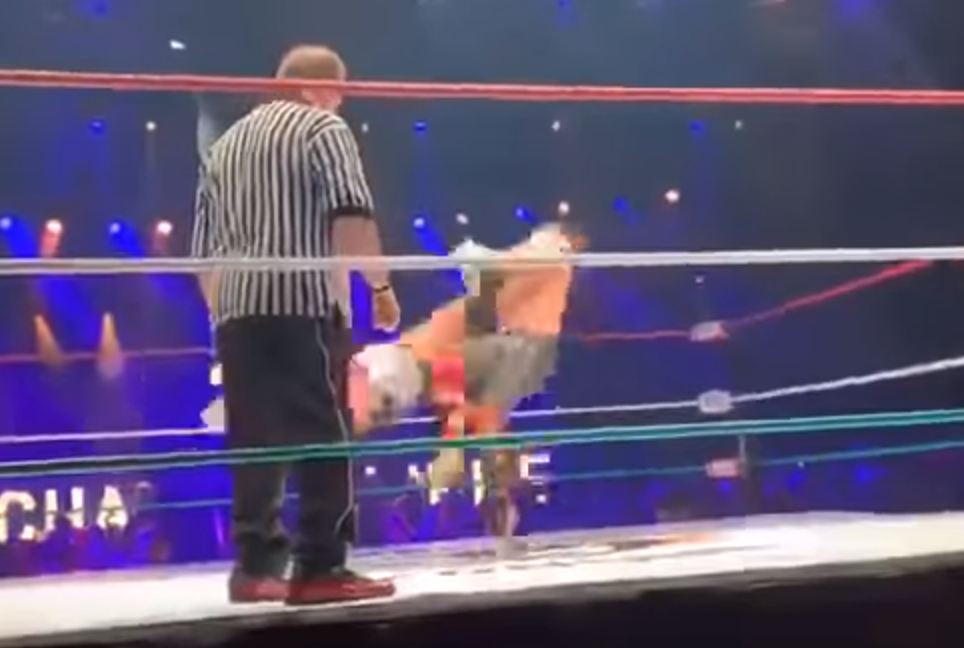 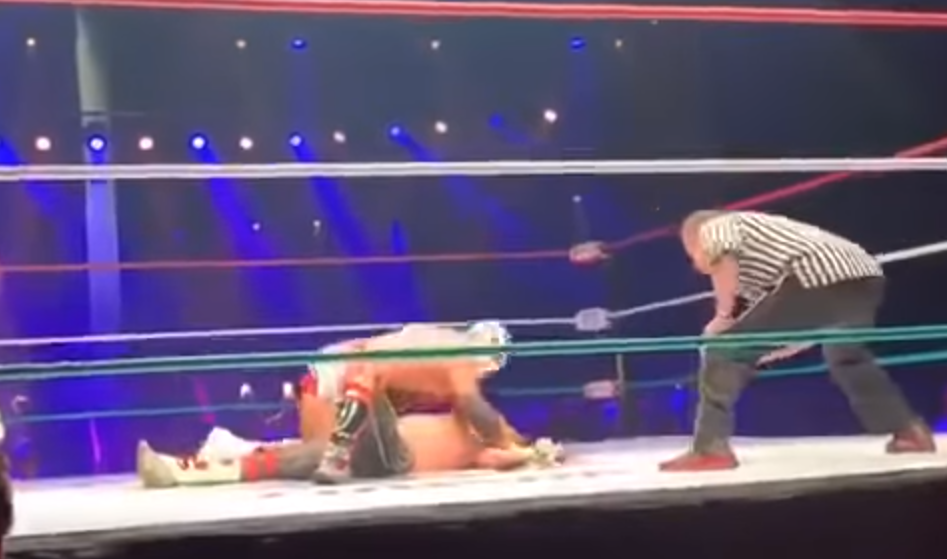 The wrestler, real name Cesar Barron, had been battling Juventud Guerrera, or Youth Warrior, last night when the tragedy unfolded.

In the final minutes of the fight, Silver King can be seen clotheslined twice but manages to get up – slamming his opponent to the canvas.

He then holds Guerrera to the ground, with the wrestler managing to get up as the ref starts a countdown.

But as the crowd cheers, Silver King can be seen still on the ground as his opponent circles back to him.

Guerrera then grabs Silver King and kicks him.

The ref then starts a countdown – declaring Youth Warrior the champion as he celebrates in front of the crowd.

It isn't until a few minutes later that it becomes apparent that Silver King isn't moving – with paramedics rushing into the ring as the audience is ushered out of the room.

The Sun Online has chosen not to show medics performing CPR on the wrestler as they battled to save his life.

They were wrestling and then something just seemed to go wrong

Authorities have not confirmed the cause of death.

A witness told The Sun: “They were wrestling and then something just seemed to go wrong.

“As they were wrestling it stopped and they seemed like they weren’t in sync at all, and the other wrestler started performing CPR.

“Other wrestlers jumped into the ring to help, and they got a defibrillator out.

“It was scary, they evacuated everyone but there didn’t seem to be an ambulance arrive for at least 20 minutes.”