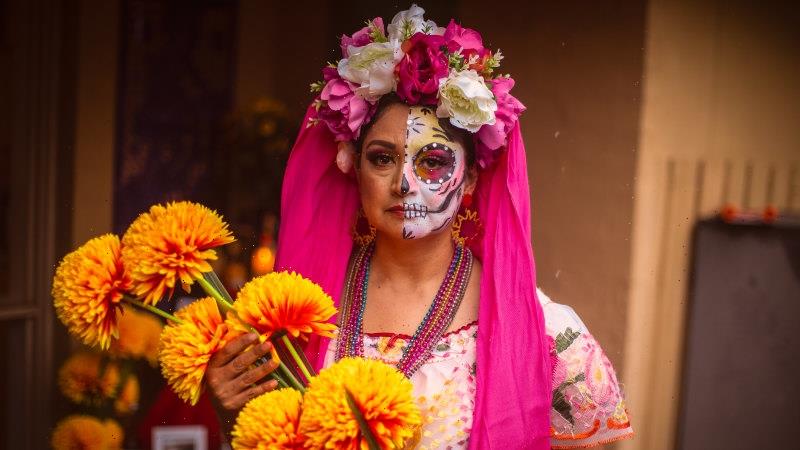 Pedro Chan’s father, Pedro snr, was a good man who died too young, says Chan. He was an accountant who worked hard. He loved to cook, travel and watch soccer with his children. He also loved a party.

Pedro snr died in 1985 aged 43 of pancreatic disease in Mexico City. This weekend, 13,000 kilometres away in Melbourne, where the weather was chillier but the costumes just as colourful, his son remembered him and celebrated his love of life in the lead-up to the Day of the Dead on November 2. 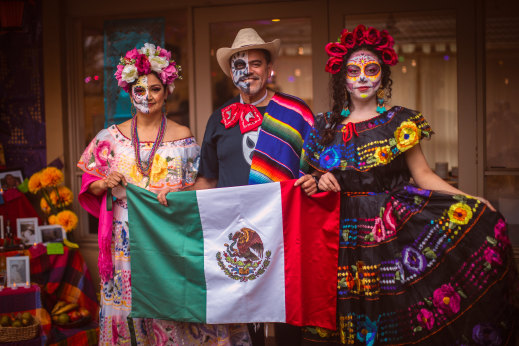 Pedro Chan jnr, 59, who moved to Australia in 1995 when there were just “tens of Mexicans” here, says his father would have approved of a party he hosted on Saturday at his house in Dingley Village in Melbourne’s south-east.

Day of the Dead – Dia De Muertos or Dia de los Muertos in Spanish – is an important holiday for Australia’s small but growing Mexican community. In the 2021 census, 6845 people said they were born in Mexico, compared with 4873 in 2016.

Mexicans believe the souls of the deceased return on the Day of the Dead to commune with the living, so they light their way with candles and orange marigolds.

Yes, there is sadness, but the Day of the Dead is also a time for morbid humour, dancing and eating, dressing as skeletons, politicians or superheroes, and connecting with culture. 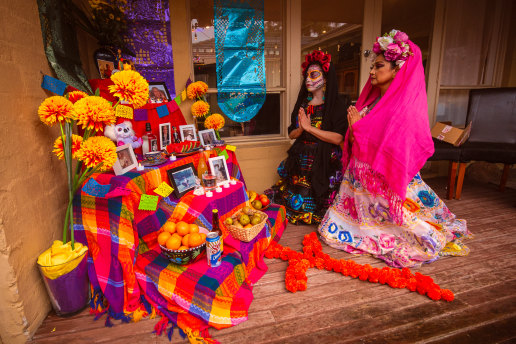 Flor Labana and Susi Tovar at the altar to loved ones at Pedro Chan’s house in Dingley Village.Credit:Scott McNaughton

Most of Chan’s relatives live in Mexico, so his Melbourne friends are like family.

Celebrating with him over the weekend were Flor Labana, 39, president of MexVic, a Mexican cultural and social group, and Susi Tovar, 49, who both dressed as “catrinas” – elegant skeletons that symbolise mortality and mock privilege.

At an altar in Chan’s courtyard, guests placed offerings such as photos, favourite foods, toys, cigars and tequila to remind them of lost loved ones.

There were also small skulls, skeletons and Christian figurines. 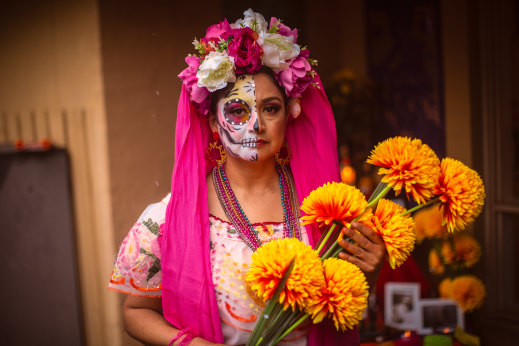 Susi Tovar with marigolds, a traditional Day of the Dead flower.Credit:Scott McNaughton

Chan, who has indigenous Mexican heritage, said in his culture, death wasn’t considered scary – it was “something normal”.

While people would cry, they would not consider it a tragedy. “For them, the [dead] person moves on to a better world, a different plane.”

Chan, a software developer, said the 2017 Disney animated movie Coco, which is about a Mexican boy and his deceased great-great-grandfather, had reiterated the belief that when you forget someone, they are truly dead. “So we try to keep thinking of them.” 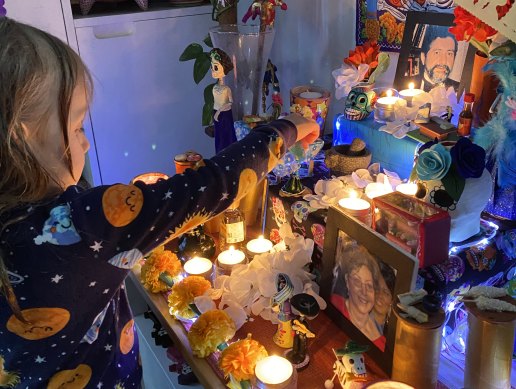 Four-year-old Matilda at the altar put up by her Mexican-born mother Monica Espinosa in their Carnegie home.Credit:Monica Espinosa

In the Melbourne suburb of Carnegie, Monica Espinosa, 42, has an altar at home with a photo of her late father, Genaro.

Genaro died 25 years ago but the altar is a way for her children Patrick, six, and Matilda, four, who never met him, to connect with his memory.

Local Day of the Dead events include Dia de los Muertos at the Immigration Museum on November 2 at 5pm, with an altar, music, food and catrina parade.

On November 5 from noon to 6pm, there will be a family event with dancing, Mexican food, an Aztec ceremony and an altar at St Brigid’s parish hall in Fitzroy North.