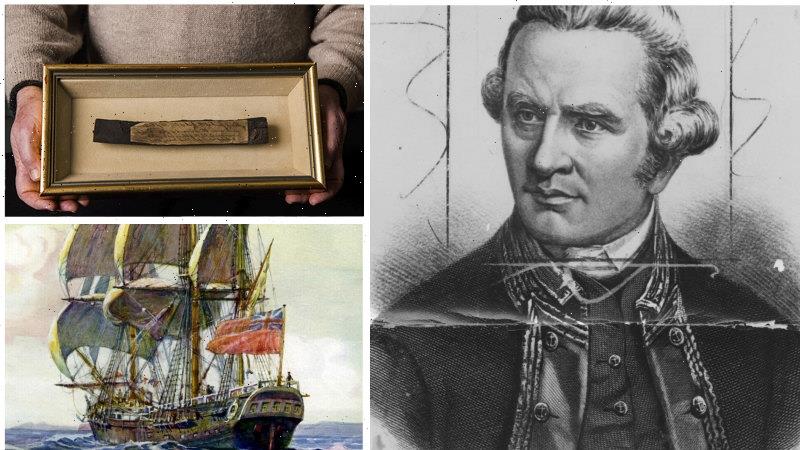 A small section of timber from the keel of Captain Cook’s HMB Endeavour is to be auctioned in Sydney in four weeks with a reserve price of $400,000.

The “unique provenanced piece of timber” just 22 centimetres long and two centimetres wide is inside a small display case and bears an inscription believed to have been written by the sister of botanist Sir Joseph Banks, Sarah Sophia Banks. 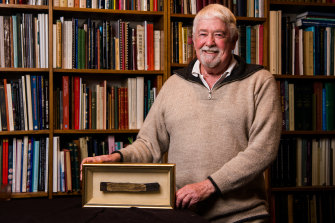 Ross Pratley owns a small part of the keel from HMB Endeavour, which will be auctioned in Sydney this month.Credit:James Brickwood

It reads: “This is part of the keel of the Ship Endeavour, which under the command of James Cook, Esq, circumnavigated the Globe in 1768-1770, Broken up at Newport, Rhode-Island, USA, 1879.”

The catalogue entry for lot 853 states: “There are only two pieces of this historic ship in private hands, this one and the other is in a Sydney collection, excessively rare and of the highest importance to Australian history.”

Jim Noble of Noble Numismatics, conducting the auction at the State Library of NSW on July 27, said Sarah Banks was a terrific collector of coins, medals and ephemera.

“Her collection was given to the British Museum in 1818 and she had documented every token that had been struck in the late 18th century,” he said. “We feel that the most likely person who would have written the inscription for Joseph Banks would have been his sister. 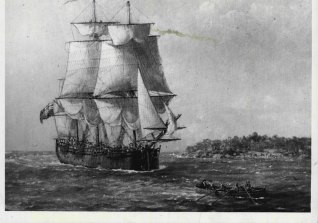 “I think a museum would be the most likely people to bid for the keel section or maybe a collector. It’s a fair bit of money for a millionaire but it is no money at all for a billionaire.”

The vendor is coin and Australiana collector Ross Pratley, from the Central Coast, who bought it at auction in Australia for $26,500 in 1986.

A painting of Captain James Cook in naval uniform from the National Maritime Museum in Greenwich, London. Credit:Getty Images

“When we first obtained it, we took it around stamp and coin fairs and it was an enormous attraction with crowds flocking to have a look at it,” he said.

Asked why he was selling it, he added: “Well I’m 74 and it is just time to part with a few things. I’d like to see it in a museum where it can be shared with other people. In America where they changed the name of the Shuttle to the Endeavour you would think there would be wide interest.

“The Australian National Maritime Museum were the underbidders when I bought it, unbeknown to me at the time.”

Before him, it was owned by David Worland, 80, from Canberra, who is interested in Hellenistic archaeology. He obtained it from an antiquarian bookshop in Paddington where he swapped it for some rare titles.

“When Banks heard that the hulk was about to be sunk in Newport, he sent someone there specifically to get pieces of it. I heard the reserve figure is $400,000. Those sort of figures don’t seem to worry anyone these days,” Mr Worland said.

To great fanfare, marine archaeologists announced in September 2018 that they believed they had finally identified the resting place of HMB Endeavour at Rhode Island, off the US east coast.

Kieran Hosty, marine archaeology manager at the Australian National Maritime Museum, said: “We have been actively searching for the remains of the vessel in Rhode Island and, as we know what timbers HMB Endeavour was built out of, we have been using the process of Timber Species Identification to aid us in that work.

“There have been a range of objects associated with HMB Endeavour come up for auction over the past 25 years. They always gain considerable interest.” 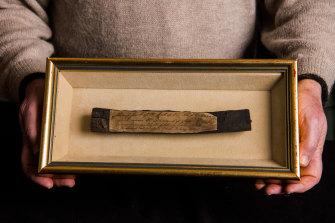 Ross Pratley is ready to sell the piece at auction. Credit:James Brickwood

“There are some critical pieces of information the team require before we can definitively identify the vessel,” he said.