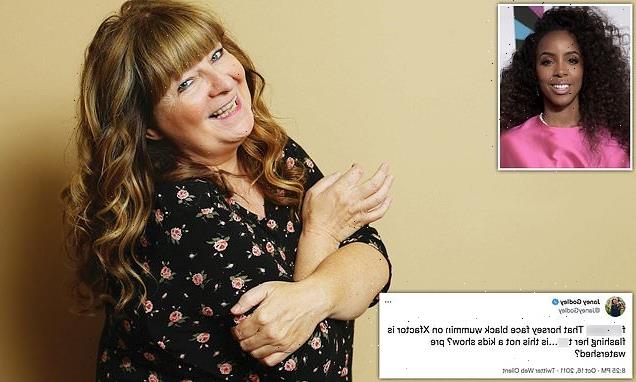 A Covid health campaign fronted by a comedian once described by Nicola Sturgeon as her ‘alter ego’ has been cancelled – after historic tweets from the comic were branded offensive and racist.

Ms Godley, 60, also said of rapper 50 Cent ‘If it wasn’t the fact he is a big black man talking about his d**k I wouldn’t have known he was a rapper?’

She had said sorry already for other messages but added a new apology last night over the latest that emerged, admitting ‘they have terrible, horrific undertones’. She also moved to make her Twitter feed private.

And the ‘stop the spike’ campaign she had been paid for with £12,000 of taxpayers’ money was axed – with Ms Godley pledging to give it all to charity.

A Scottish Government spokesman confirmed: ‘Trust in our public health messages at this time is paramount. We have therefore taken the decision to withdraw any further campaign material in which Ms Godley features.’ 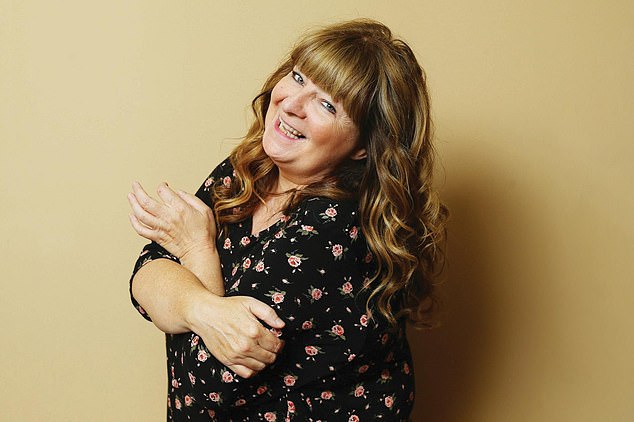 Jane Godley, 60, had been paid an estimated £12,000 for the Scottish Covid campaign 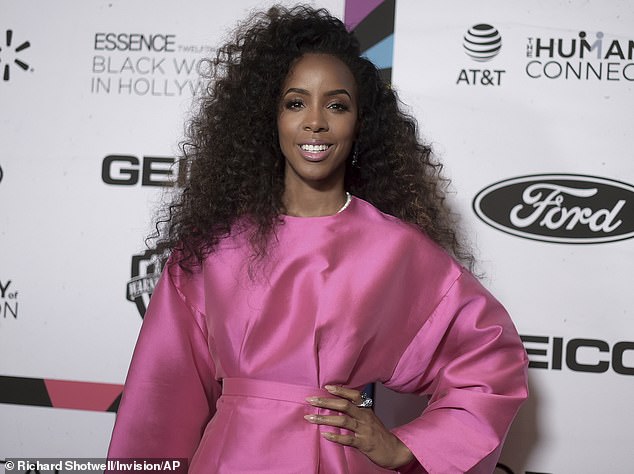 The latest uncovered tweets from the comedian were sent between 2010 and 2012, when she was in her fifties.

They were found by US news website the Daily Beast who said they were ’20 blatantly racist tweets’.

The posts included tweets sent when Kelly Rowland was judging the X Factor in the UK in 2011.

One tweet read: ‘F***sake That horsey face black wummin on Xfactor is flashing her t***…is this not a kids show’

Another said: ‘Kelly does speak like the stereotyped black Aunt Jemima who stands on a stool in the Tom & Jerry cartoons screaming ‘TOM TOM.’

The last described her as ‘the black horse from USA’ and another said ‘If Kelly talks like a ghetto blaster racist black chick am gonna punch her rice and peas’.

On other occasions she tagged rapper 50 Cent in her posts, which included one asking ‘If it wasn’t the fact he is a big black man talking about his dick I wouldn’t have known he was a rapper?’.

He actually responded, telling her ‘take yo big ass to sleep if you dont like what im saying.’ She also called footballer Mario Balotelli an ‘angry black man’

In an apology last night, Ms Godley said: ‘I thought being an outspoken comedian meant I could get away with saying anything I wanted and people would accept that and wouldn’t take it out of context, but that’s completely wrong.

‘I have to stand up and own my offensive, hurtful language and apologise, they have terrible, horrific undertones and I deserve all the criticism that comes my way. If I can’t own the shame of these words I would be disingenuous to everyone who supported me. I am so sorry to everyone I hurt.

‘Again regards of the despicable language I used in the past I deeply apologise without reservation and I am sorry for everyone I hurt and let down.’

She also issued a statement earlier this week saying her ‘historic tweets’ were ‘deeply hurtful and shows my lack of empathy and zero self-awareness and come from a time of ignorance in my life’.

Godley said: ‘I am a firm believer in progress not perfection, I will continue to progress.

‘People have every right to see who they are supporting and what values they hold and looking through their past social media is the way forward. I apologise for every single offensive word I wrote.

‘The offensive replies from me, were to accounts that threatened me and I lashed out with abhorrent heckles. Their accounts were suspended, I should have blocked and reported them and not argued back.

‘Comedy is no excuse for shocking and hurting people with words.

‘I will endeavour to be better in future.

‘There are fake tweets that were created to threaten me, but notwithstanding, the ones I wrote, I take responsibility for.

‘During the course of this pandemic, I have tried to keep everyone’s spirits up and at the same time highlight the dangers. I am passionate about this and will continue to help in any way I can.’