London: Britain recorded no new deaths within 28 days of a positive COVID-19 test on Tuesday.

The last time Britain recorded no deaths was in March 2020, before the country had entered its first lockdown. The figure on Tuesday relates to how many deaths have been reported and it comes after a national holiday on Monday – a factor which has in the past skewed the data. 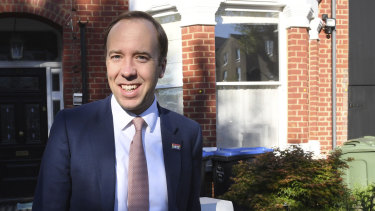 “The whole country will be so glad there were no COVID-related deaths recorded yesterday,” health minister Matt Hancock said in a statement, adding that the vaccines were clearly working.

“But despite this undoubtedly good news we know we haven’t beaten this virus yet, and with cases continuing to rise please remember hands, face, space and let in fresh air when indoors, and of course, make sure when you can you get both jabs.”

Britain’s overall death toll from the pandemic stands at 127,782 and is the fifth highest in the world, according to Johns Hopkins University data.

The British government data showed 3165 new cases of the virus, broadly flat on the previous day.

Prime Minister Boris Johnson now faces the dilemma of whether to prioritise the economy and ease the rules to remove all social distancing restrictions and allow large events to be held, or to stay cautious and delay the final step out of lockdown amid a surge in cases.

Adding pressure on Johnson was the decision by Scotland’s First Minister Nicola Sturgeon to postpone a planned June 7 relaxation of the rules across a swathe of the region including Edinburgh because of an increase in the number of cases of the variant first detected in India.

Prevalence of this Delta strain is what could prevent England’s plans for unlocking. It has spread across Britain and the number of daily COVID cases has ticked upwards in the past two weeks. That’s raised concern of whether a second summer will be lost to the pandemic.

Britain is also hosting the Group of Seven and climate summits this year.

Johnson’s spokesman refused to be drawn on the government’s thinking, saying only that it needed more time to assess the data.

Johnson and his team have warned they will need to wait for more data on the spread of the variant first identified in India before announcing by June 14 whether the easing of restrictions can go ahead as proposed.

UK Hospitality, which represents about 85,000 venues, said jobs will be lost if there’s a delay to the end of lockdown measures, while survey data from the Night Time Industries Association suggests the future of nine in 10 nightlife businesses is threatened after more than a year of enforced closures.

Asked if the government would copy Scotland’s approach of having different restrictions in different places, Johnson’s spokesman Jamie Davies said the unlocking was a “national endeavor.”