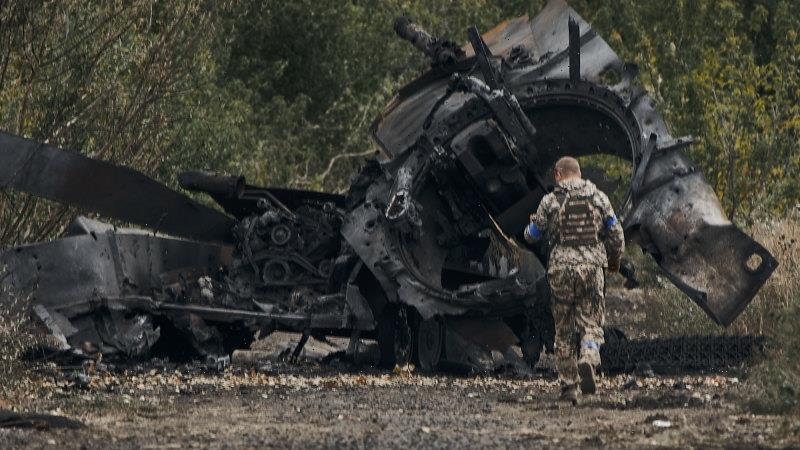 Washington: The United States believes Russia has largely ceded its gains near Kharkiv and many retreating Russian soldiers have exited Ukraine, moving over the border back into Russia, a senior US military official said.

“Overall we assess the Ukrainians are making progress as they fight to liberate and reclaim territory in the south and east,” the US military official told reporters on Monday, US-time, speaking on condition of anonymity, without offering a number. 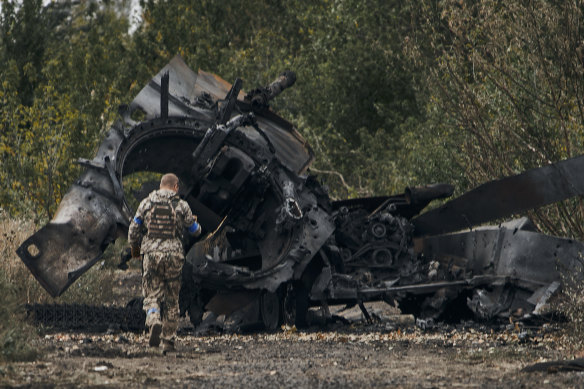 A Ukrainian soldier inspects a Russian tank destroyed in a battle in a freed territory on the road to Balakleya in the Kharkiv region.Credit:AP

“On the ground in the vicinity of Kharkiv we assess that Russian forces have largely ceded their gains to the Ukrainians and have withdrawn to the north and east. Many of these forces have moved over the border into Russia.”

Ukrainian troops retook a wide swath of territory from Russia on Monday, pushing all the way back to the northeastern border in some places, and claimed to have captured many Russian soldiers as part of a lightning advance that forced Moscow to make a hasty retreat.

A spokesman for Ukrainian military intelligence said Russian troops were surrendering en masse as “they understand the hopelessness of their situation.” A Ukrainian presidential adviser said there were so many POWs that the country was running out of space to accommodate them.

As blue-and-yellow Ukrainian flags fluttered over newly liberated towns, the Ukrainian military said it had freed more than 20 settlements in 24 hours. In recent days, Kyiv’s forces have captured territory at least twice the size of greater London, according to the British Defence Ministry.

After months of little discernible movement on the battlefield, the momentum has lifted Ukrainian morale and provoked rare public criticism of Russian President Vladimir Putin’s war.

“In some areas of the front, our defenders reached the state border with the Russian Federation,” said Oleh Syniehubov, governor of the northeastern Kharkiv region. Over the weekend, the Russian Defence Ministry said troops would be pulled from two areas in that region to regroup in the eastern region of Donetsk.

There were reports of chaos as Russian troops pulled out.

“The Russians were here in the morning. Then at noon, they suddenly started shouting wildly and began to run away, charging off in tanks and armoured vehicles,” Dmytro Hrushchenko, a resident of recently liberated Zaliznychne, a small town near the eastern front line, told Sky News.

Commentators on Russian state television have been forced to go off script by Ukrainian forces’ swift advance in the country’s Kharkiv region and Moscow’s rapid retreat. 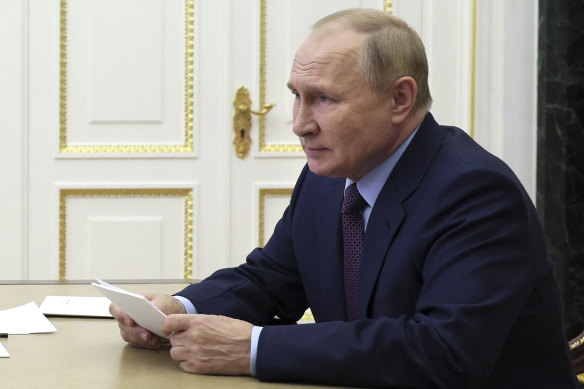 Since the beginning of what Russia calls its “special military operation”, belligerent guests on state television talk shows typically have tried to outdo each other in backing President Vladimir Putin and denouncing Ukraine and its allies.

But in the wake of Kyiv’s lightning counteroffensive, the mood was more subdued and the narrative turned to in the northeast.

The Rossiya-24 news channel on Monday interviewed Vitaly Ganchev, a Russian-appointed official in the Kharkiv region, who said that Russian troops in the province had been outnumbered “eight times over.” He also said, without providing evidence, that Ukrainian forces had been bolstered by “Western mercenaries”.

“A most difficult week on the front,” presenter Dmitry Kiselyov said at the opening of his prime time on Sunday night program.

In a rare show of dissent, Boris Nadezhdin, a former liberal politician and regular talk show guest said on the Gazprom-owned NTV channel, that Putin had been misled by advisers into thinking that Ukraine would quickly surrender, and urged immediate peace talks to end the conflict.

Other hosts went for a positive spin.

Ukraine’s advance against Russia.Credit:Nine/ Institute for the Study of War

Several guests also brought up Putin’s remarks from July that Russia “had not yet started anything in earnest”, saying Moscow would now intensify military action.

Newspaper coverage of the Russian withdrawal was framed by the defence ministry’s talk of a “tactical redeployment” of its troops, though some papers cited military experts suggesting that not everything had gone to plan.

The Izvestia paper, in its weekend roundup said Russia had killed 4000 Ukrainian soldiers and the military had “redeployed forces to focus on the Donbas”.

Nezavisimaya Gazeta was more critical, saying that Russia’s defence ministry did not comment on “extremely disturbing reports from Ukraine … for several days”.

The paper noted that as Ukrainian forces were advancing on Russia’s western border, Moscow’s military leadership was thousands of miles away in the far east of the country, for annual war game exercises that involved 50,000 troops.