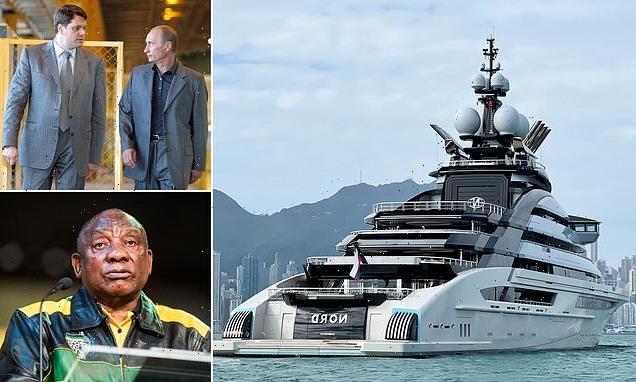 South Africa REFUSES to seize Putin ally’s superyacht, saying the country has ‘no reason’ to comply with Western sanctions

The South African government has refused to seize a superyacht belonging to a sanctioned Russian oligarch attempting to dock in Cape Town, with a government spokesperson adding the country has ‘no reason’ to comply with Western sanctions.

The $500million superyacht belongs to Alexey Mordashov, a 57-year-old billionaire named in the Pandora Papers, who owns the Russian mining companies Nordgold and Severstal.

With a net worth of $13.2billion, Forbes ranked Mordashov as the 51st richest person in the world last year, but Western sanctions have sent the oligarch sinking in world wealth rankings as of this year.

‘South Africa has no legal obligation to abide by sanctions imposed by the US and EU,’ said Vincent Magwenya, spokesman for South Africa’s president. ‘We have no reason to prevent their entry into South Africa.

‘South Africa’s obligations with respect to sanctions relate only to those that are specifically adopted by the United Nations. Currently, there are no UN-imposed sanctions on the particular individual.’

Members of the African National Congress party, which governs South Africa, were observers in sham referendums held in regions of Ukraine last month as a pretext for annexing occupied territory in the east of the country. 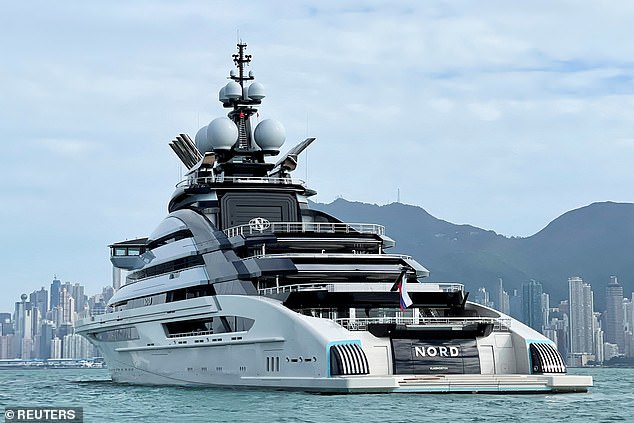 Superyacht Nord, which has two helipads, mini-submarines, 20 en suite staterooms, and costs £200,000 a day to run 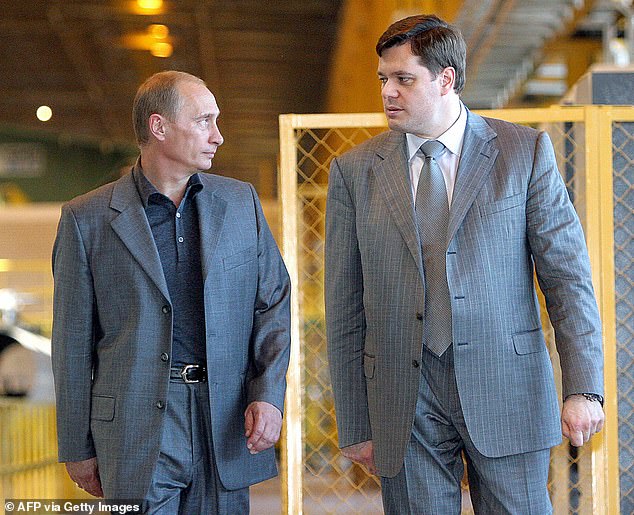 Alexei Mordashov, owned of the superyacht, is thought to be onboard, with his arrival drawing criticism from South Africa’s opposition party. Pictured: Vladimir Putin listens to Russian steelmaker Severstal Chairman Mordashov (right) as they attend the opening of a tube-rolling plant outside Saint Petersburg, 2006

The ANC has strong historical ties to the former Soviet Union, which trained and supported its forces during South Africa’s apartheid era.

But Geordin Hill-Lewis, the mayor of Cape Town, doesn’t want his city to become a safe harbour for Russians fleeing sanctions from the West.

He said South Africa has a ‘moral duty to protest unjust war,’ according to The Times.

Hill-Lewis, part of the opposition Democratic Alliance party, has urged the government to block the superyacht from docking, posting on Twitter that there should be ‘no place’ for ‘enablers of Putin’s war’.

Cyril Ramaphosa, the sitting president of South Africa, blamed Nato’s expansion as the reason for instability in Ukraine.

Ramaphosa was forced to deny allegations last month that he illegally held around £3.46million in cash at his game ranch.

The former head of South Africa’s national spy agency made a criminal complaint to police, accusing Ramaphosa of money laundering and other offenses.

His foreign minister, Naledi Pandor, complained of Western ‘bullying’ over the superyacht issue in August during a visit from US Secretary of State Antony Blinken.

Superyacht Nord, which has two helipads, mini-submarines, 20 en suite staterooms, and costs £200,000 a day to run, was seen leaving the Far East Russian port Vladivostok on October 6 after arriving there from the Seychelles.

It’s arriving in South Africa after taking a trip to Hong Kong following sanctions, after the oligarch appears to have spent some time in the picturesque Seychelles onboard his yacht.

Mordashov has lost around £10billion since the start of this year due to western sanctions against him and his business interests. 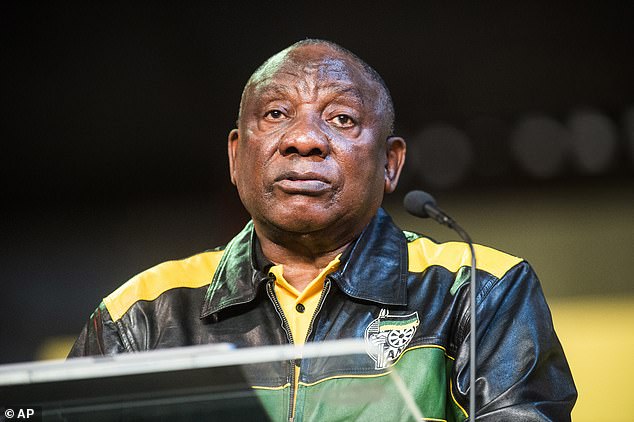 A spokesperson for South Africa’s president has said there is no reason for the country to comply with Western sanctions against Russia. Pictured: President of ruling African National Congress (ANC) and South Africa President Ramaphosa addresses the 6th National Policy Conference in Johannesburg

The Italian police seized one of his smaller vessels, the 215ft Lady M, in March.

Putin’s own £100million superyacht, recently renamed Killer Whale, was spotted earlier in the month off the coast of Estonia — it narrowly escaped seizure when the war broke out in February.

More than a dozen yachts owned by Russia’s wealthy elite, worth a combined £2billion, have been seized by Western authorities since Russia’s invasion of Ukraine.

Many yachts have fled to Turkey, which has not severed ties with Russia and continues to trade with Putin’s regime.

South Africa in 2009 refused entry to the Dalai Lama, where he was scheduled to attend the 14th world summit of Nobel peace laureates, in a move that was widely criticised at home.

It was the third time in five years the Dalai Lama was refused a South African visa.