A SPIDER bite victim was left “hours from death” after the wound on his leg developed “its own heartbeat”.

Christopher Tapp, from Tonbridge in Kent, was at work when he noticed a small bite mark on his right leg begin to swell. 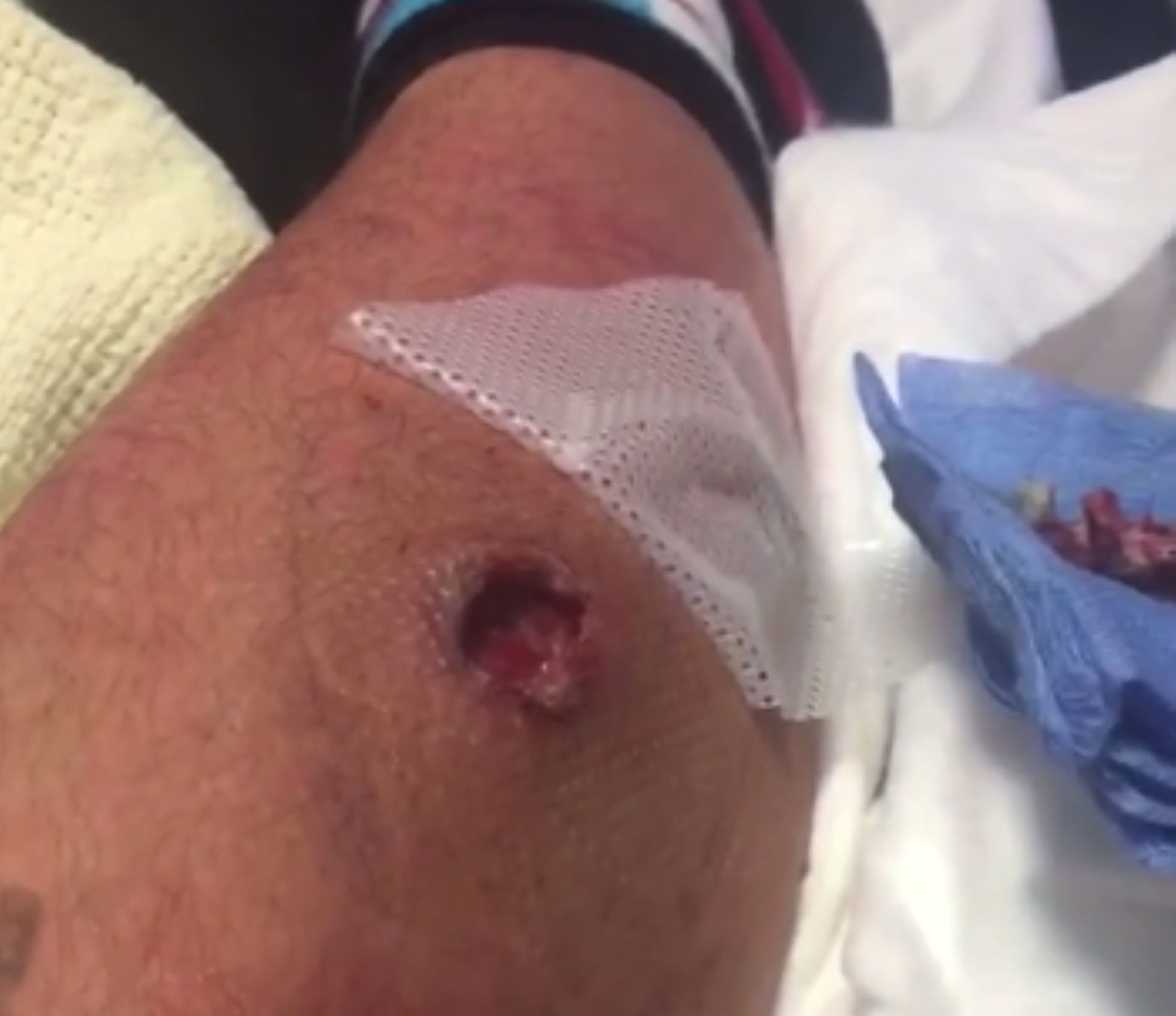 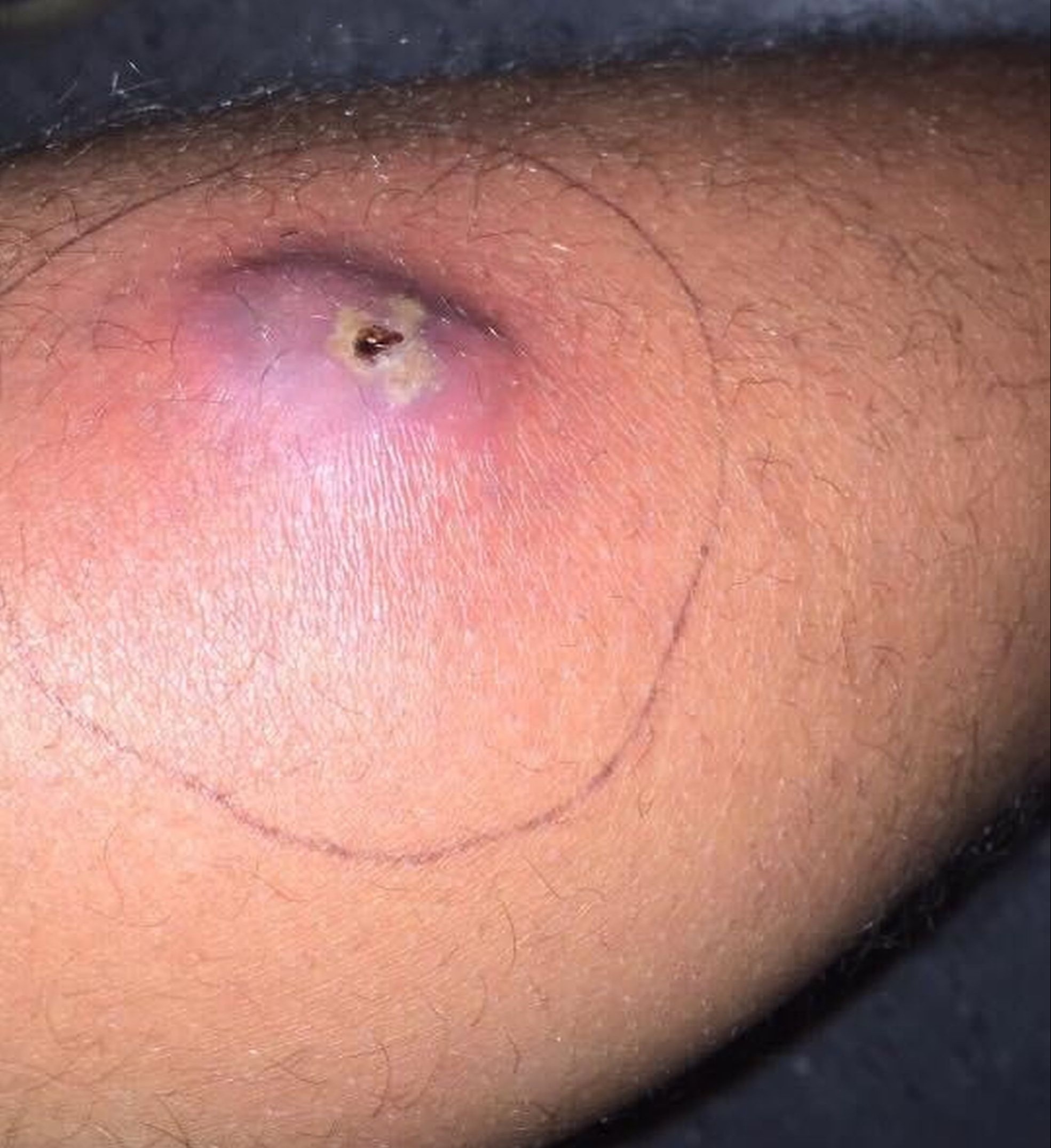 Within hours the bitten area developed an enormous lump that sent stabbing pains up Christopher's leg every time he walked.

When it began to develop “its own heartbeat” the 24-year-old visited his doctor who prescribed him antihistamines.

But on Christmas Day, a pal’s mum insisted on driving him to A&E after noticing how swollen his leg was.

Within two hours, the carpenter was in emergency surgery to remove the infected tissue from his legs leaving him with an inch-long scar.

Doctors tested the infected tissue and confirmed it was a spider bite, warning him that if he had come in just one day later he would have died from blood poisoning.

He said: "I walked in there and showed the nurse and she went and got a doctor. He was like, 'we need to get you into surgery now'.

"They took it all out basically. He said if I had come in on Boxing Day, I wouldn't have come in because I probably would have died of blood poisoning.

"It was scary because if I had left it for another day I probably wouldn't have been here. We tend to say, 'I'll be alright' but obviously not."

Although Christopher never spotted the insect that bit him, he claims doctors tested the tissue they removed from his body and confirmed it had been a spider bite. 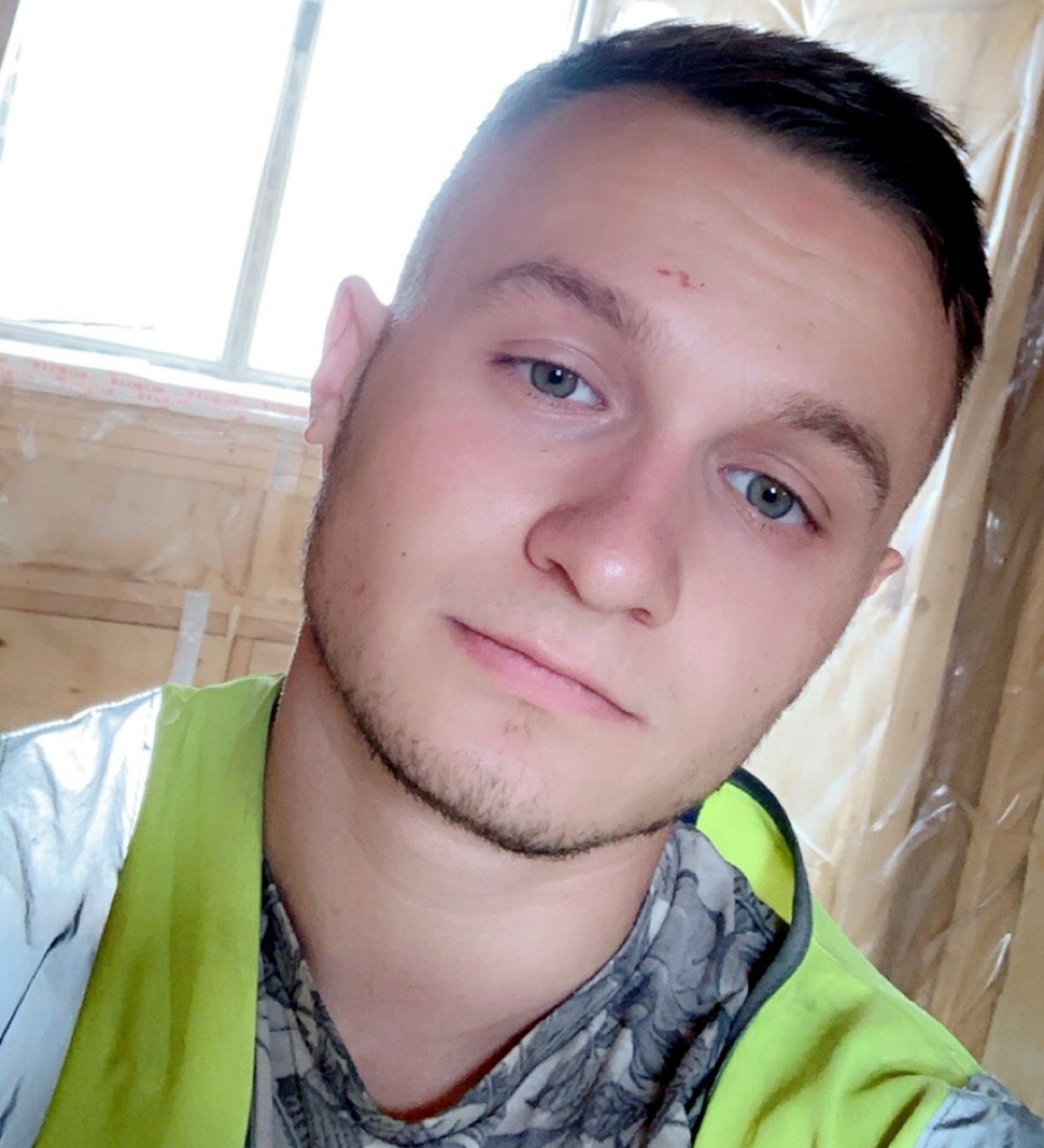 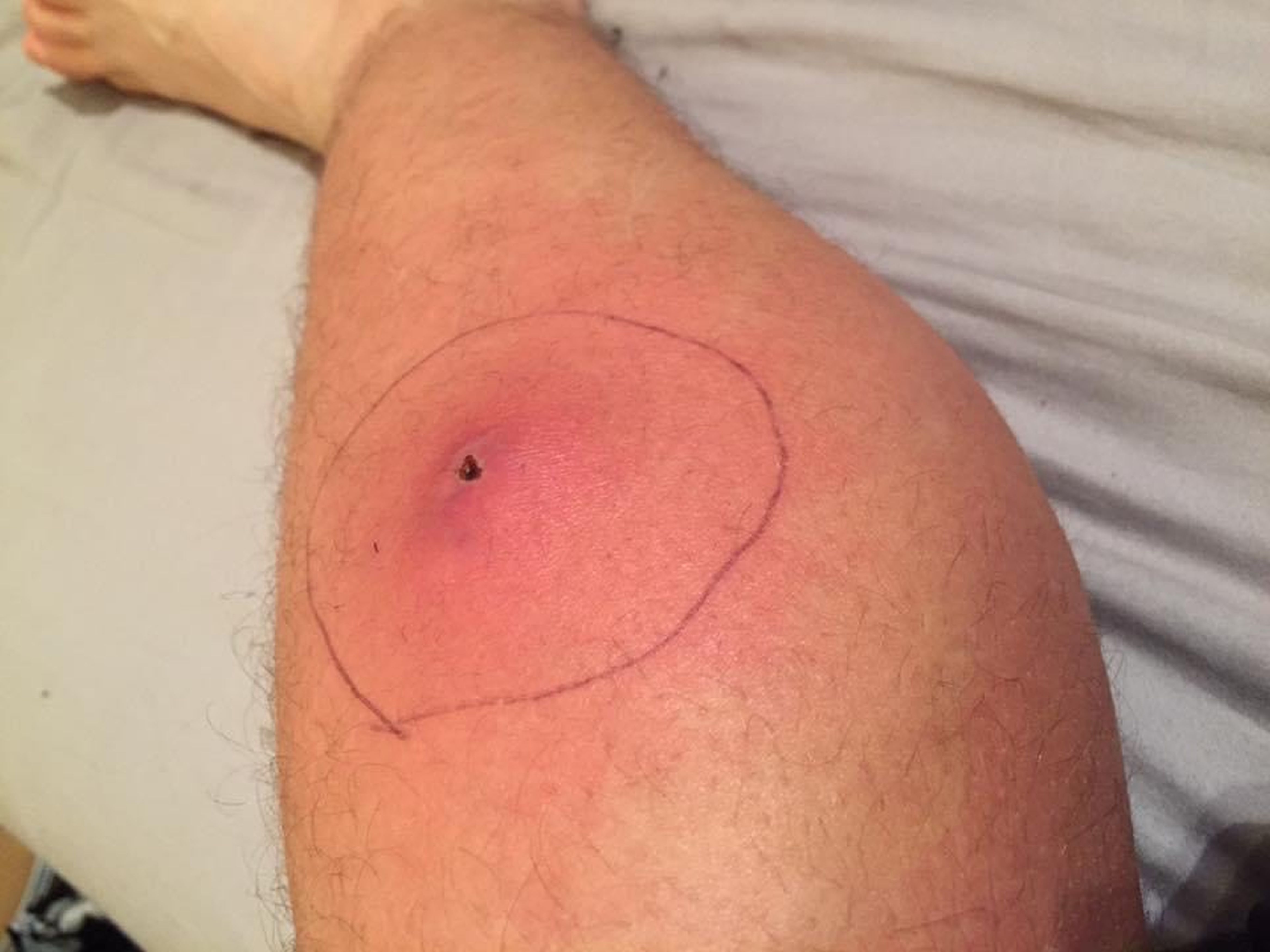 Coworkers have also spotted false black widow spiders in similar containers to the one Christopher had been clearing on-site – leading him to believe it was the same type of spider that bit him.

Four years on, the now-arachnophobe claims he still panics at any unknown tickling sensation on his body.

The 24-year-old claims the public need to be more aware of the risks of UK spiders and not to “chance it” if they are bitten – warning people not underestimate even the little ones.

Christopher said: "I would say don't judge a book by its cover, in a sense.

"It's mainly the little spiders who are the worst. They're the most dangerous.

"In Australia it's understandable to believe, but in the UK people are very tedious about it and don't want to believe it.

"It just takes that initial bite and that's it. It goes from there. You might have nothing happen, you might be like me. You can't chance it." 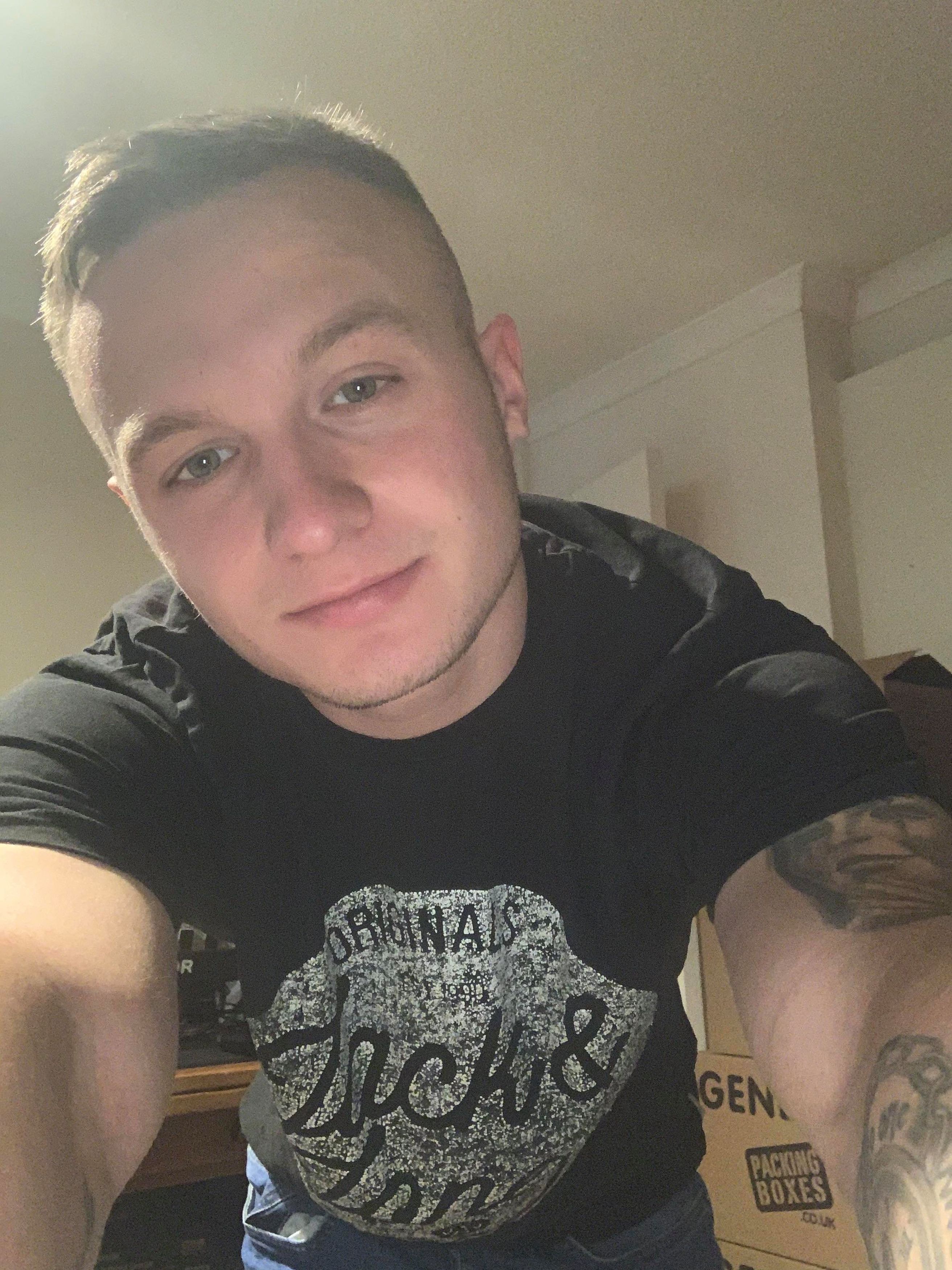 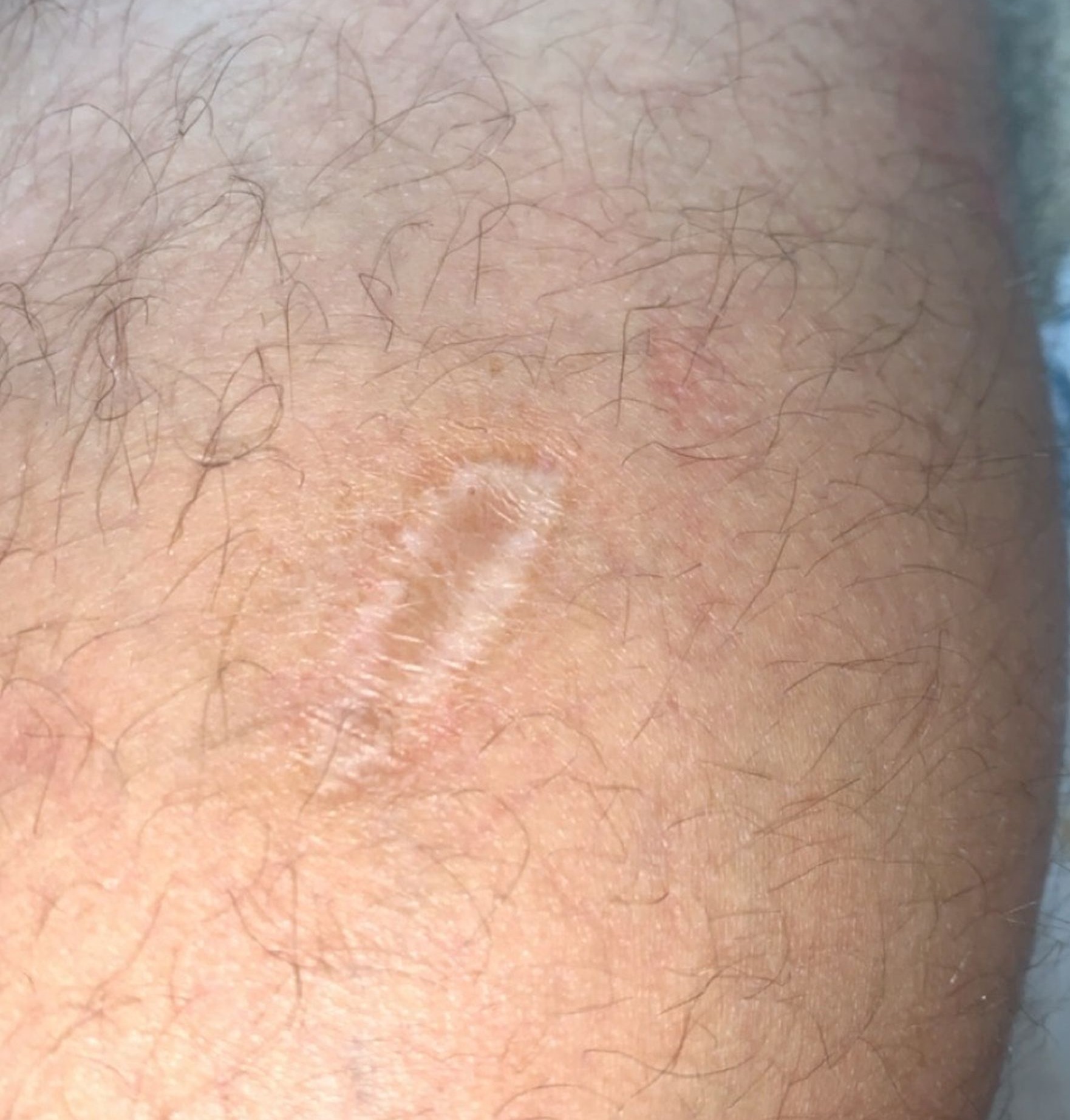