Wreckage of a Spitfire belonging to WWII hero pilot, 21, who vanished without a trace during bombing mission in 1944 is discovered washed up on Dutch beach

The wreckage of a Spitfire belonging to World War II hero pilot who vanished without trace during a bombing mission in 1944 has been discovered washed up on Dutch beach.

Sydney Hatfield Cheeseman, 21, from the Isle of Sheppey in Kent disappeared 20 miles off the Dutch coast while escorting US bombers to a Nazi air base.

His plane spun out of control and he vanished without a trace and was presumed dead.

Now after 76 years at sea, the remains of his Spitfire have been discovered washed up on a beach in the Dutch village of Vrouwenpolder. 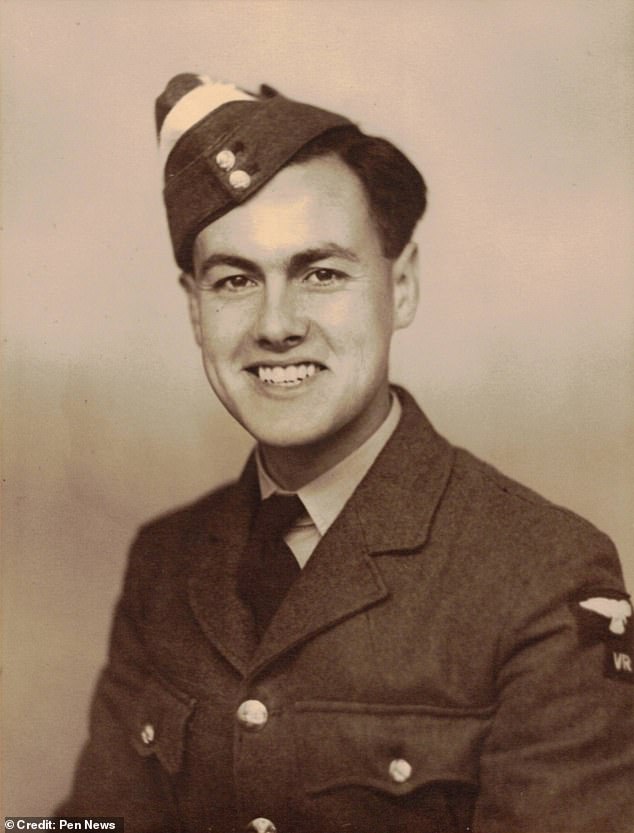 The wreck of a Spitfire belonging to World War II hero pilot Sydney Hatfield Cheeseman, 21, (pictured) has been found on a Dutch beach. He disappeared on a RAF bombing mission in 1944 while he was escorting US bombers to a Nazi air base

Sydney’s only surviving relative and younger brother, John Cheeseman, 88, who lives in a nursing home in Kent was relieved to get closure after so many years.

The brave RAF pilot vanished while he was escorting 72 US Marauder bombers to raid the Luftwaffe-occupied Gilze-Rijen Air Base in the Netherlands.

His plane spun out of control after he dropped his long-range fuel tanks 20 miles off the Dutch coast and Sydney bailed out, a fellow pilot said.

Yet neither Sydney nor his plane were ever seen again and he is presumed to have drowned in heavy seas, aged 21.

However, earlier this month the partial wreck of his Spitfire was found by a lifeguard patrolling the beach in the Dutch village of Vrouwenpolder.

Now Sydney’s younger brother, who was just eight or nine when his brother joined the air force, finally has some closure. 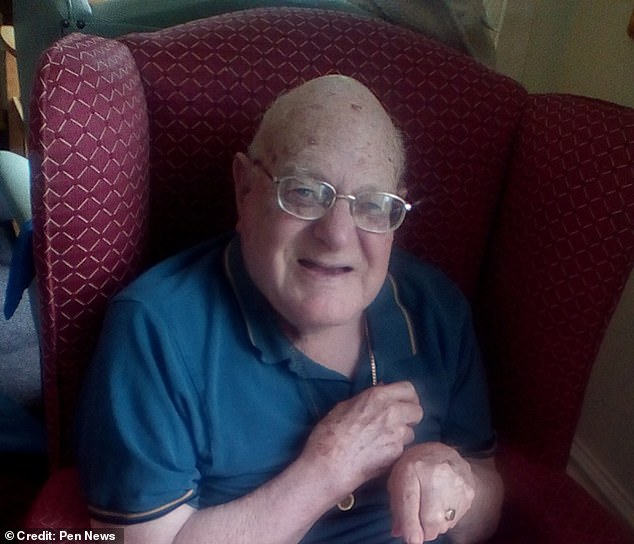 His only surviving relative and younger brother, John Cheeseman, 88, who lives in a nursing home in Kent was relieved to get closure after 76 years and still has cherished childhood memories of his brother

John Cheeseman, 88, who lives in Barham House Nursing Home, Kent, was relieved to hear the news.

‘I think it’s been a bit of closure for him because Sydney has been missing all this time and he hadn’t had any closure.’

‘I remember how he used to take me out on his bike,’ he said.

‘I was about eight or nine when he went. Mum didn’t want him to go in the air force.

‘We were told he’d gone missing not long after it happened.

‘We were all shocked. We were very sad to have lost him.’

The wreck was found by lifeguard Jasper Boeije, 25, from Middelburg, while he was out on patrol earlier this month.

He said: ‘I was working at the beach with my colleague and at first I thought I saw a seal, so I drove by, but it was something else.

‘It was made out of wood and it had the shape of a wing, it was rounded on the corners and had some particular holes in it. So I thought it must be a wing or a piece of a rudder. 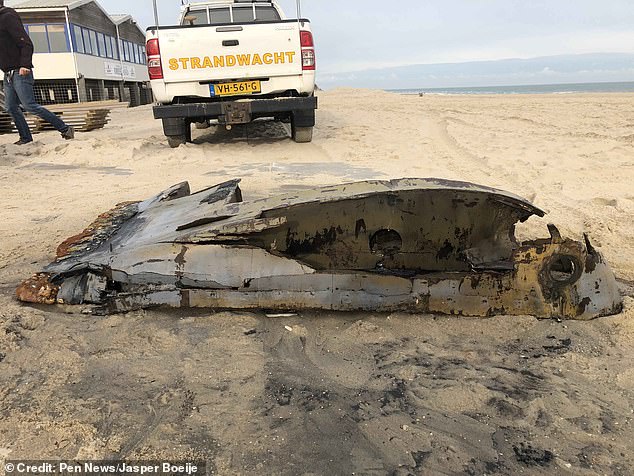 The remains of the Spitfire (pictured) were found washed up on a beach in the Dutch village of Vrouwenpolder by lifeguard Jasper Boeije, 25, while he was out on patrol earlier this month

‘When I looked further, I saw there were letters on it which said Spitfire, so that’s when I thought it has to be from a plane.

‘I was curious about what it was so I called a museum in the neighbourhood and asked if I could come by with this wreckage.’

He soon found himself at Wings to Victory, a Second World War museum focused on air operations over the Netherlands.

They confirmed that he’d found the detachable ‘slipper’ fuel tank dropped by Sydney 76 years ago.

‘We do have bombs from the war washing ashore but never a piece of an aeroplane like this. It’s quite rare,’ said Jasper.

‘It is very special that it surfaced after so many years,’ said museum chairman Martien van Dijk.

Since his body was never recovered, Sydney is remembered on Panel 205 of the Runnymede Memorial to the Missing in Surrey. 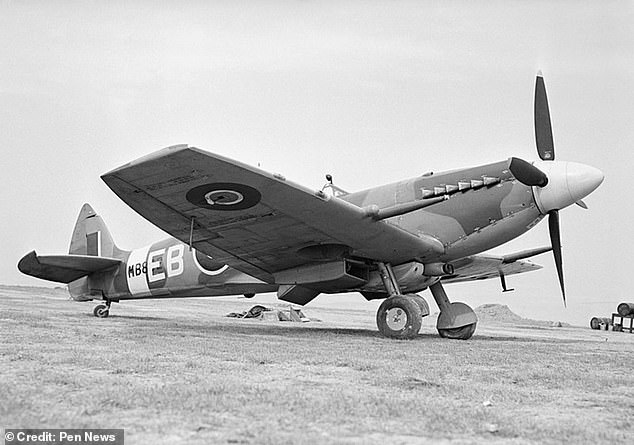 Records show the raid that Sydney was helping to carry out went on to be a success, with the occupied airfield pounded by 89 tons of high explosive, destroying an estimated 50,000 litres of fuel. Pictured: A Spitfire with the ‘slipper’ fuel tank underneath

Flying officer Cheeseman, son of Sydney George and Jessie May, was from Minster on Sea, on the Isle of Sheppey, Kent.

He flew with 501 Squadron, then based at RAF Hawkinge, Kent, and made his fateful final flight on February 22, 1944.

Museum records show that the raid went on to be a success, with the occupied airfield pounded by 89 tons of high explosive, destroying an estimated 50,000 litres of fuel.

A German bomber and a captured French aircraft were also destroyed, and damage was inflicted on buildings and other vehicles.

The remains of Sydney’s plane will now form part of the collection at the Wings to Victory museum.

During the Second World War, the RAF consisted of over one million men and women working for them – with 185,000 aircrew. About 70,000 RAF personnel were killed during the war.