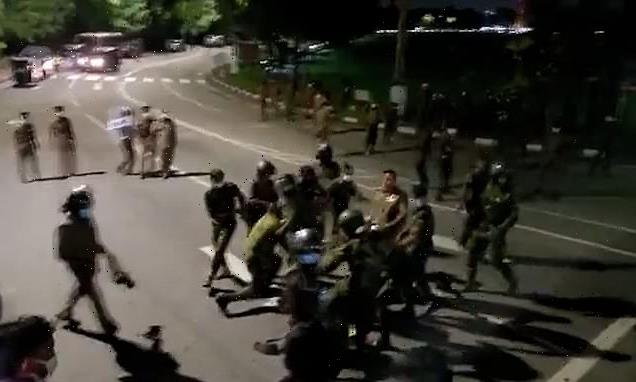 The president of Sri Lanka has declared a second state of emergency in five weeks as thousands of protesters demanded his resignation amid a fuel and food crisis.

Soldiers will now be able to arrest and detain suspects for lengthy periods without legal supervision under the order issued by Gotabaya Rajapaksa today.

‘The President used his executive powers to invoke emergency regulations to ensure the maintenance of essential services and public order,’ his spokesman said.

The laws will go into effect from midnight. 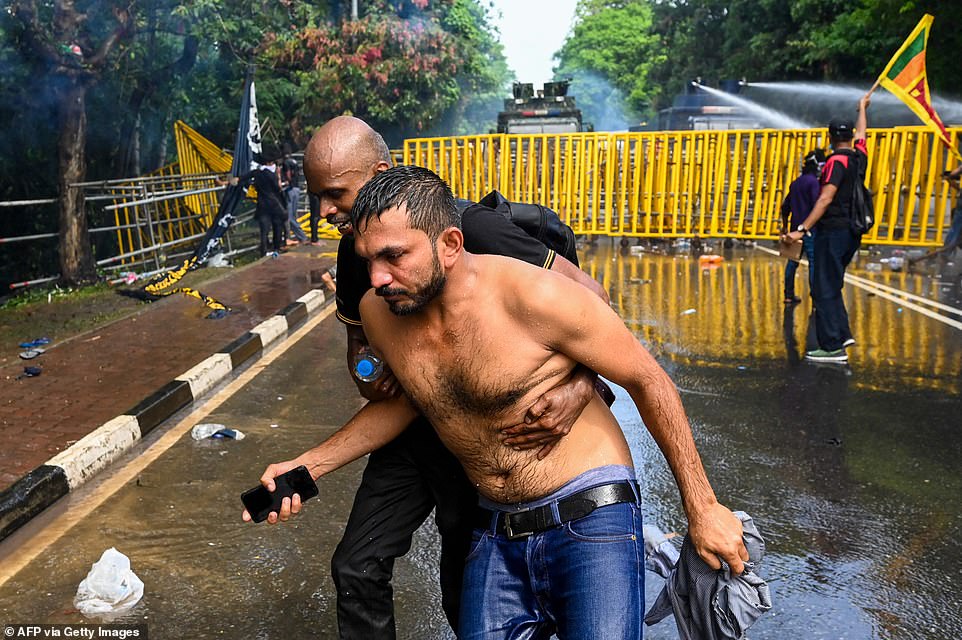 A protester is carried off by one of Sri Lanka’s 85,000 police officers during a street revolt earlier today in capital Colombo 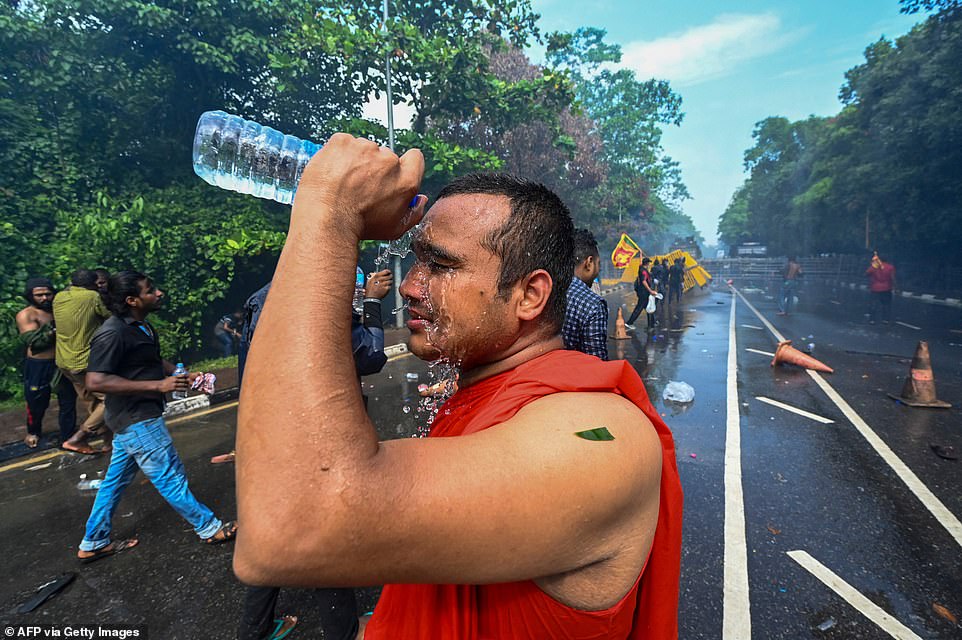 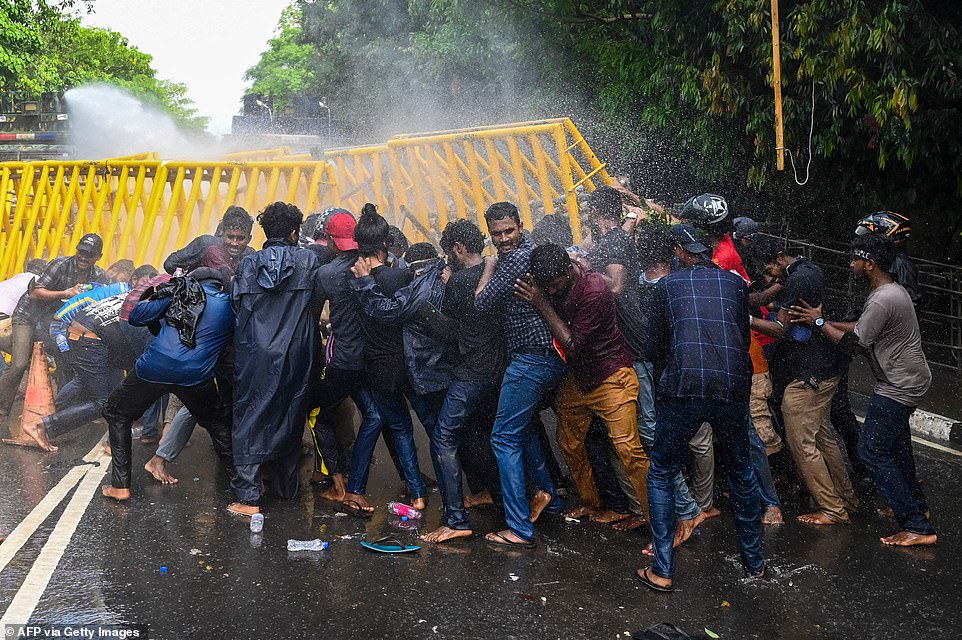 Rajapaksa previously declared an state of emergency on April 1 after thousands of protesters attempted to storm his home in capital Colombo.

That emergency lapsed on April 14.

But protests have since escalated.

The 85,000-strong police force had stepped up security for all ruling party legislators. 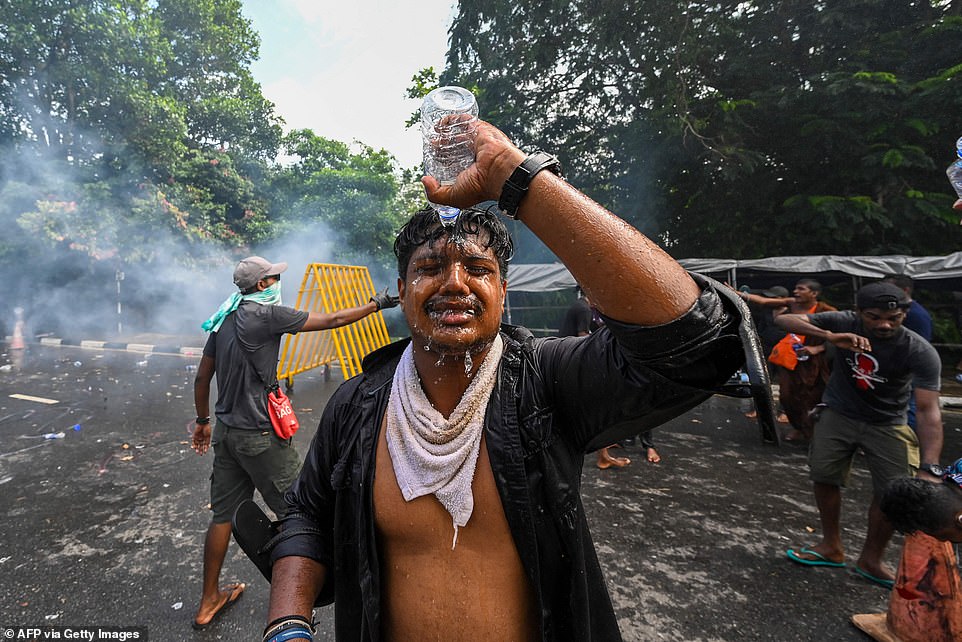 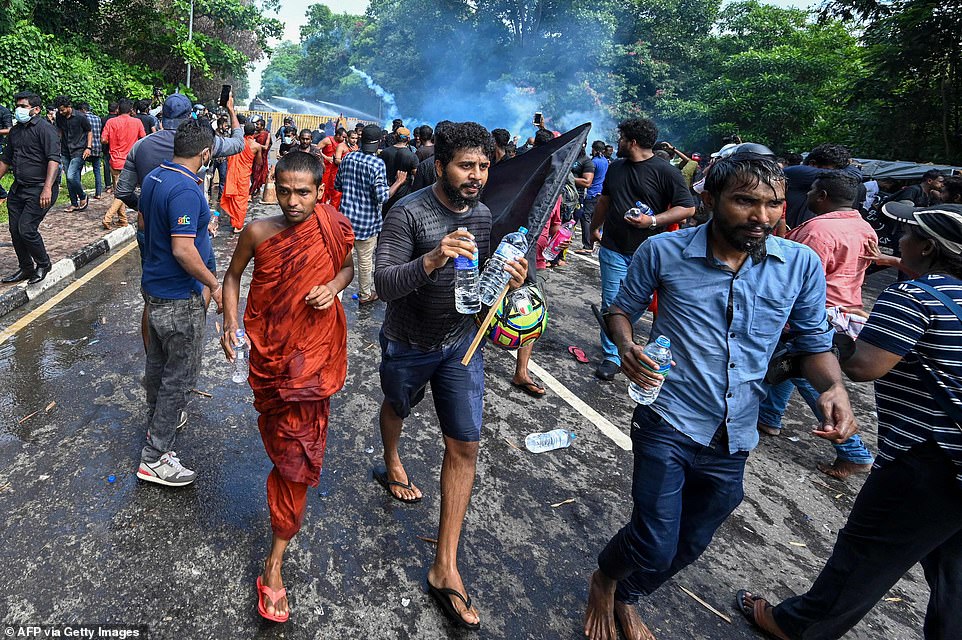 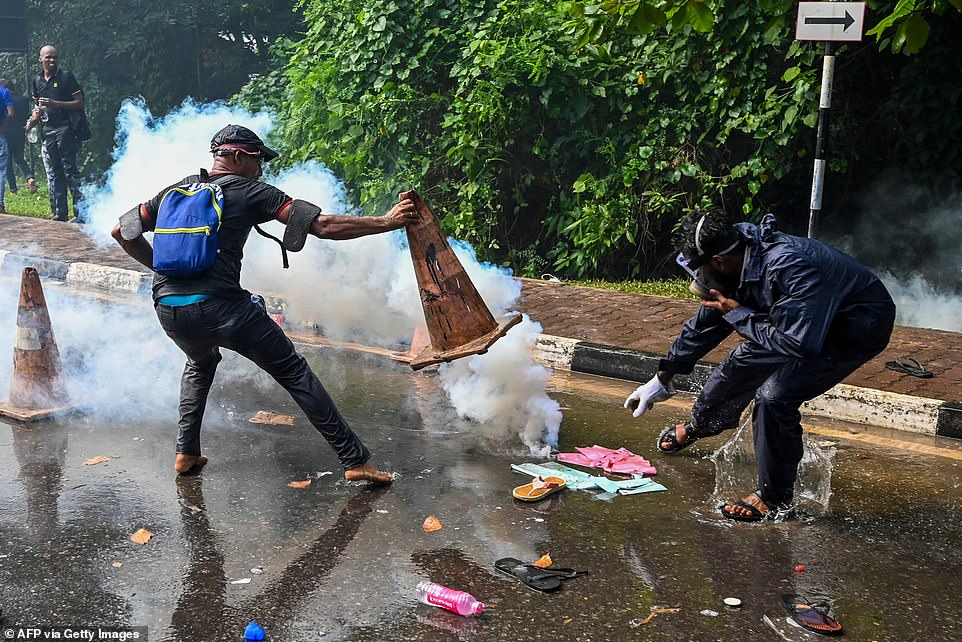 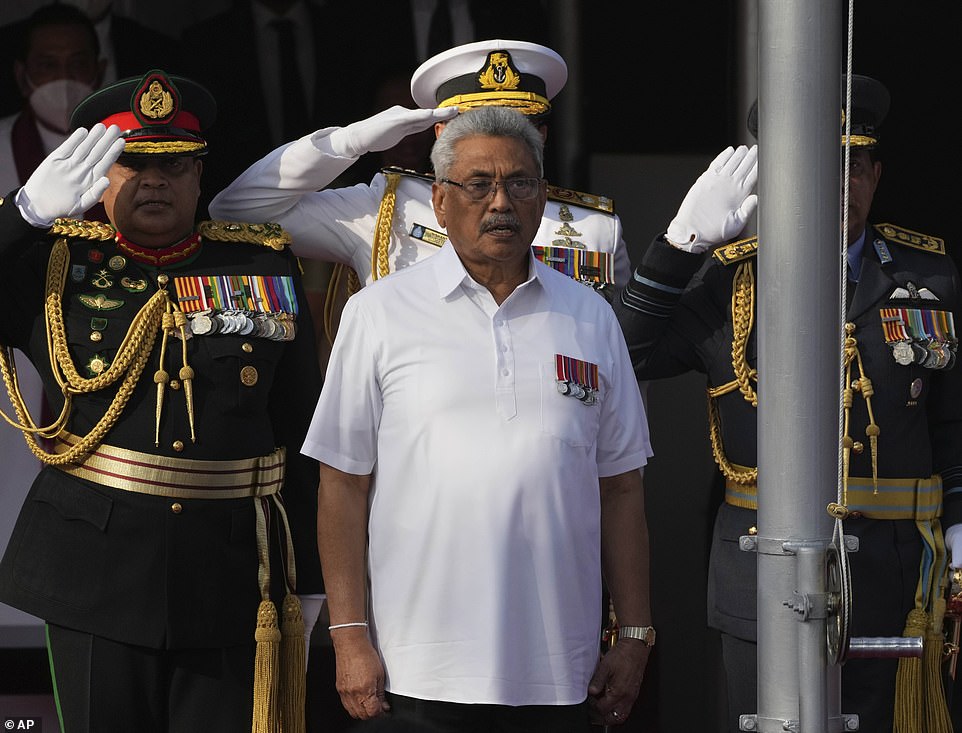 Protesters are demanding the resignation of President Rajapaksa (pictured in February)

But they were stretched to the limit and had asked the security forces to reinforce them.

Thousands of shops, schools and businesses closed today as public and private sector workers in Sri Lanka went on strike.

They are demanding the president and the government step down for their mishandling of the island’s worst financial crisis in decades.

Hit hard by the pandemic, rising oil prices and tax cuts by the government of President Rajapaksa, Sri Lanka has been left with as little as £40million in useable foreign reserves, the country’s finance minister said this week.

Shortages of imported food, fuel and medicines has led to more than a month of sporadically violent anti-government protests.

Shops were shuttered in major cities and commuters were left stranded as bus and train drivers joined the strike. 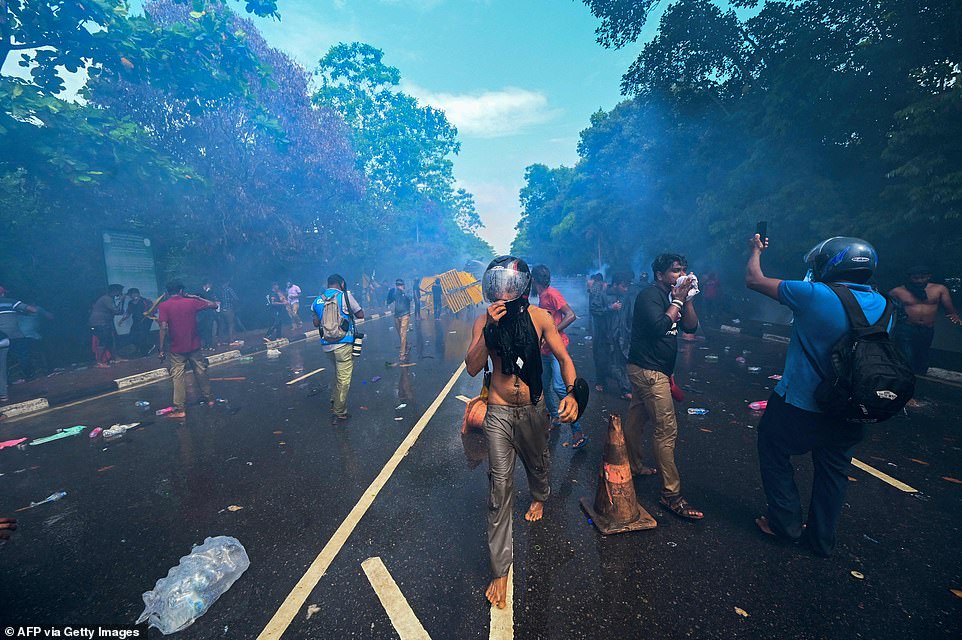 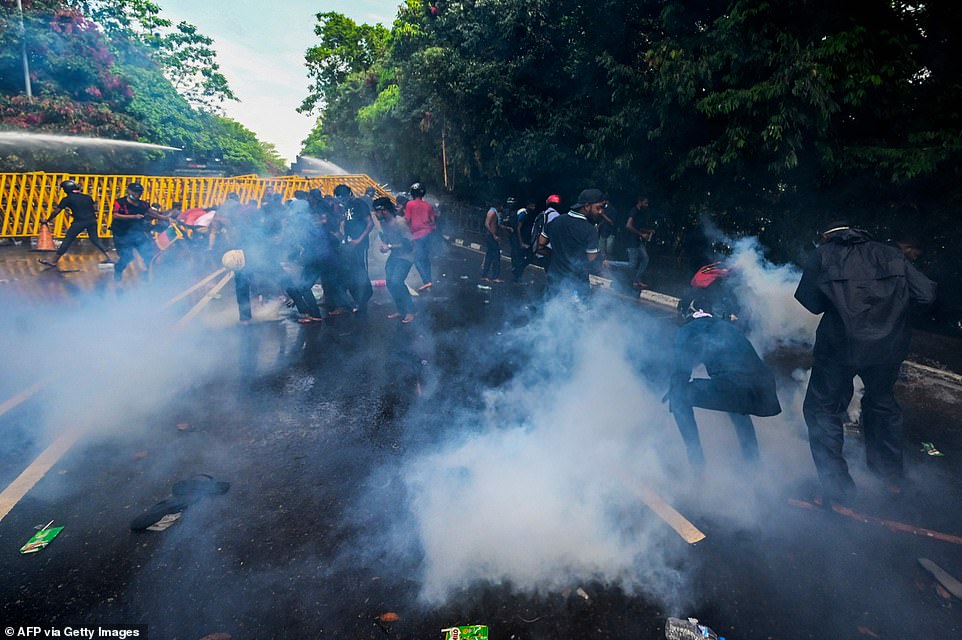 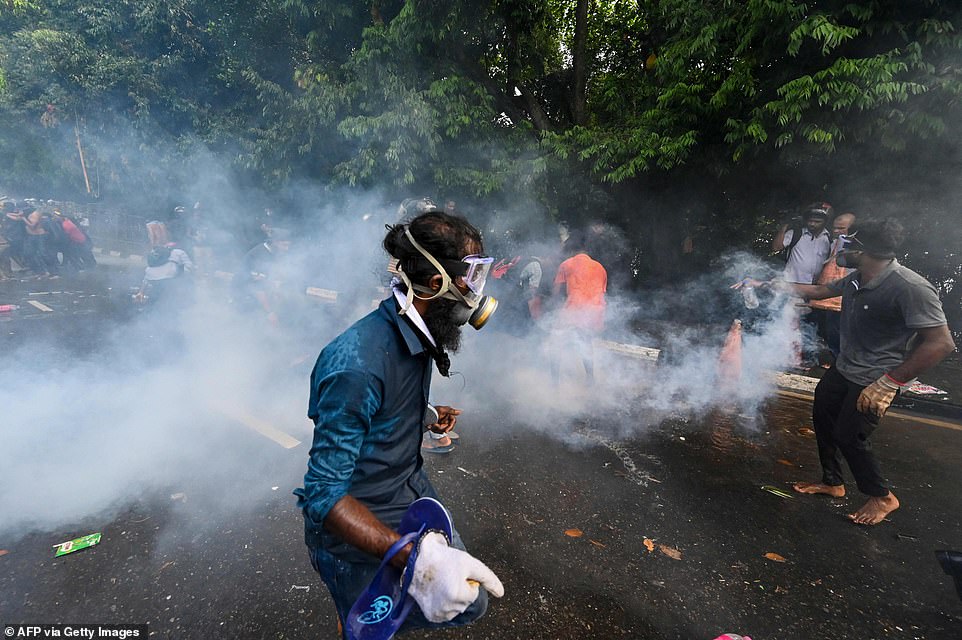 Nurses and doctors have also joined the strike, though emergency services still run.

Opposition leader Sajith Premadasa told parliament the opposition wants to move a no-confidence motion against the government next week.

President Rajapaksa has refused to step down, instead calling for a unity government led by him.

‘We have called multiple times for the formation of a unity government or an interim government but it is the opposition that has refused to extend support,’ chief government whip and public security minister Prasanna Ranatunge said today. 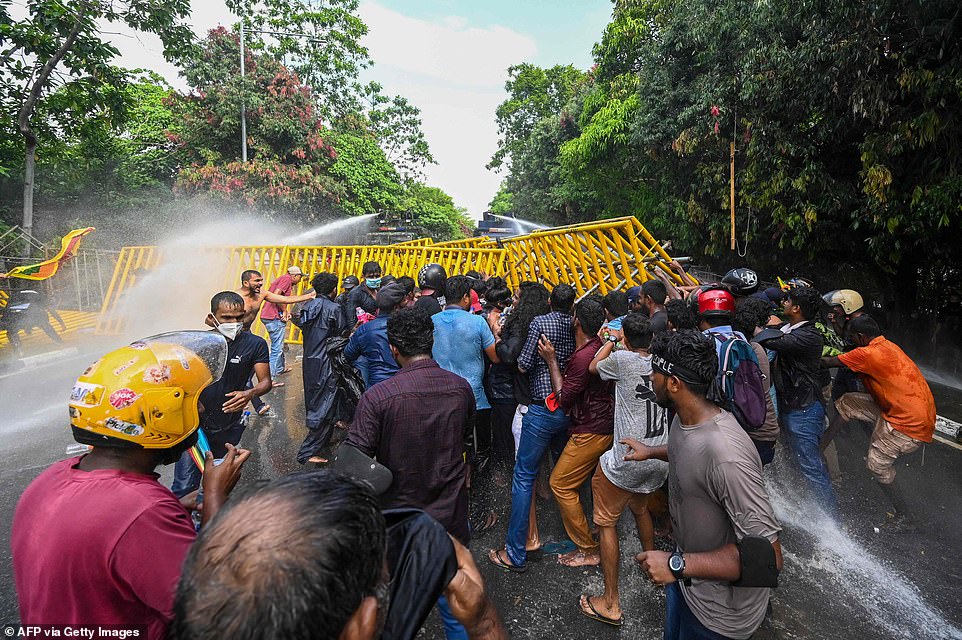 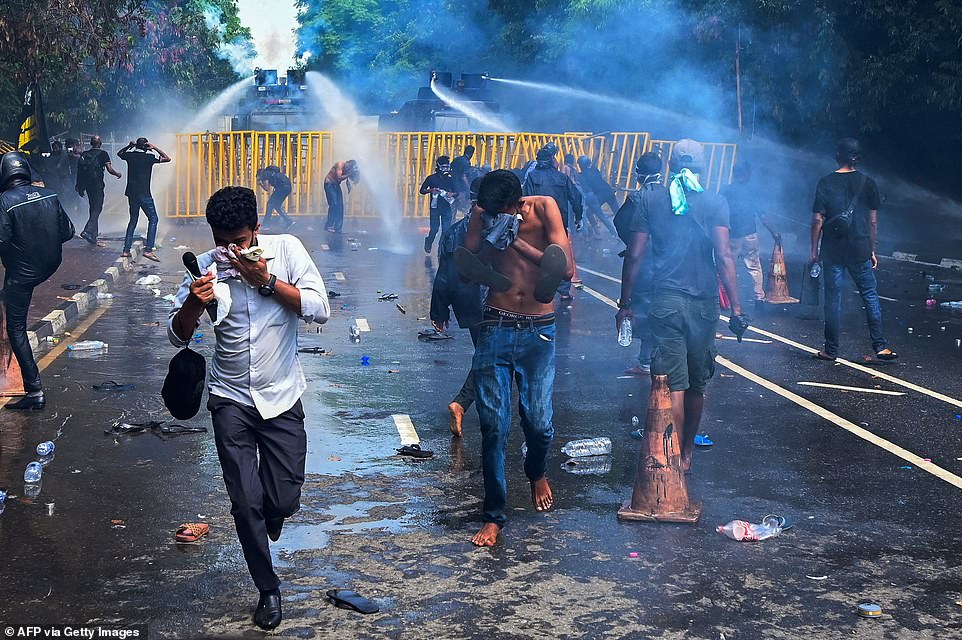 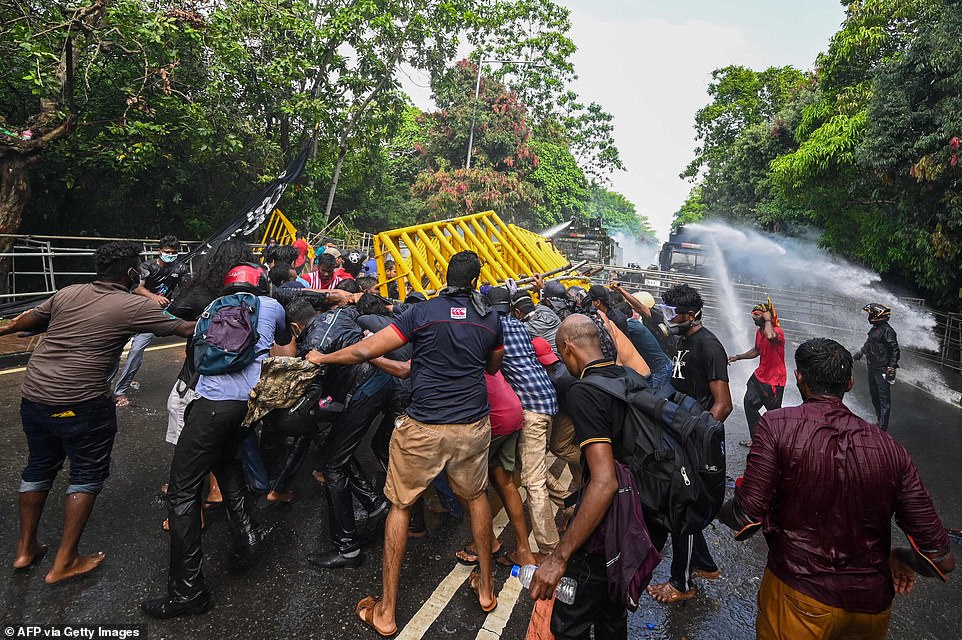 The Canadian High Commissioner for Sri Lanka and the Maldives tweeted his concern at the declaration.

David McKinnon wrote: ‘Over the past weeks, the demonstrations across Sri Lanka have overwhelmingly involved citizens enjoying their right to peaceful freedom of expression, and are a credit to the country’s democracy.

‘It’s hard to understand why it is necessary, then, to declare a state of emergency.’

A protestor was killed during demonstrations last month after police fired live ammunition at a crowd.

Fourteen others were injured in the violence on April 20.

Police insist they are using ‘minimum force’ to disperse protesters committed to taking down the president.

The incident was condemned by the UN representative to Sri Lanka as well as envoys from the US and EU.

Mr Rajapaksa admitted that he has made several ‘mistakes’ which have worsened the country’s economy.

But he appointed a new cabinet in mid-April in an effort to prolong his rule, angering Sri Lankans further. 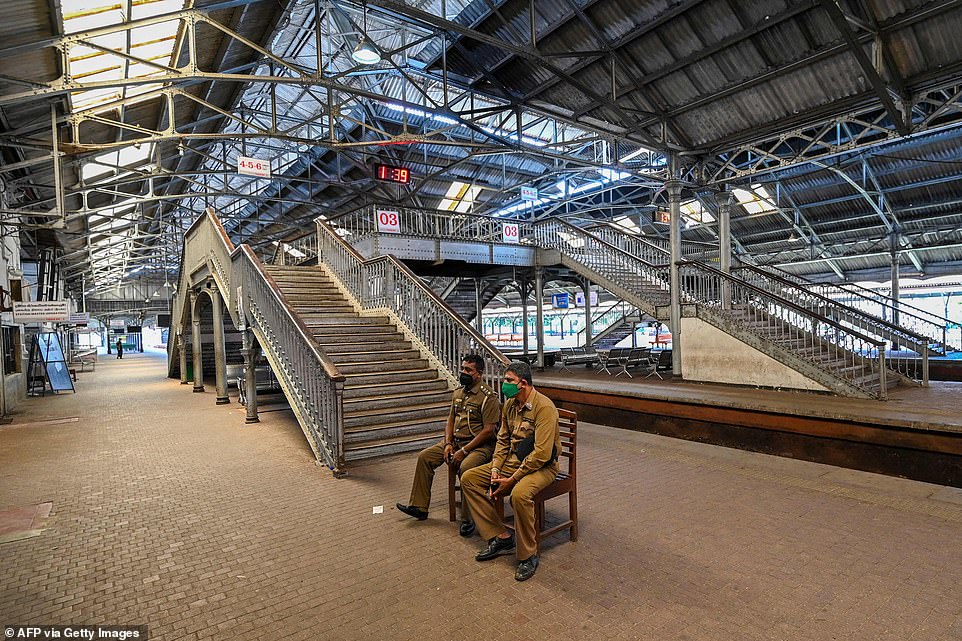 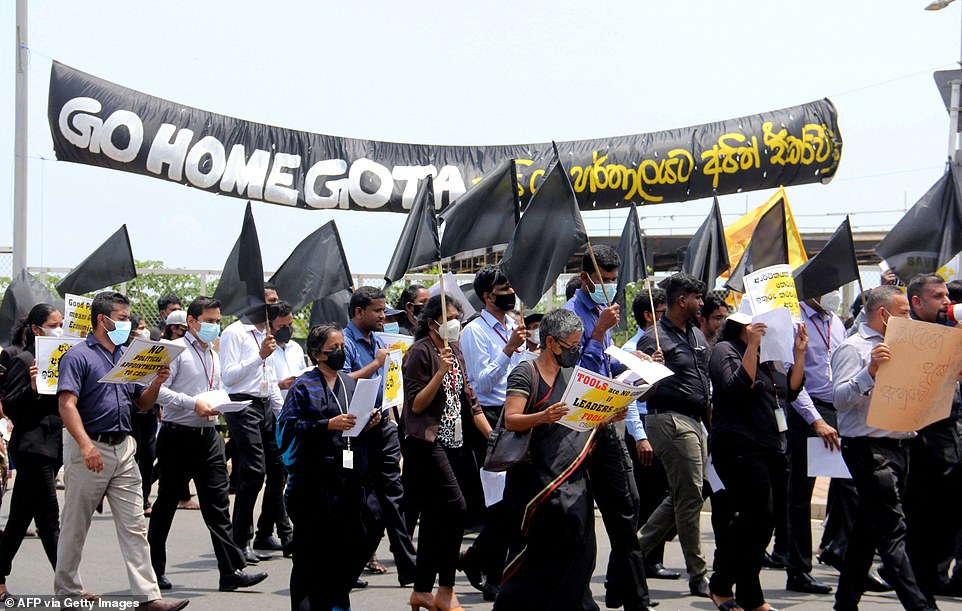 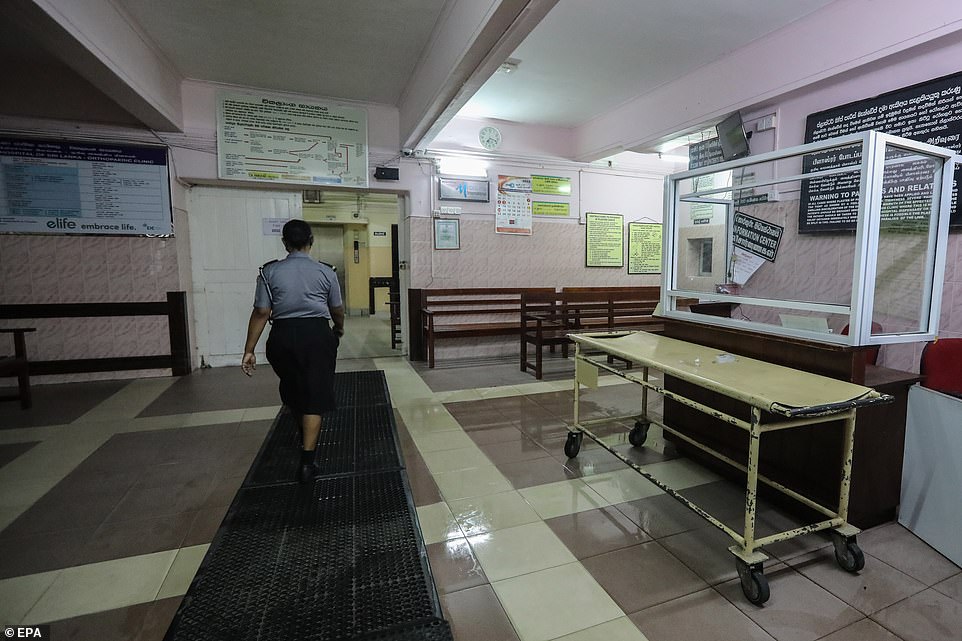 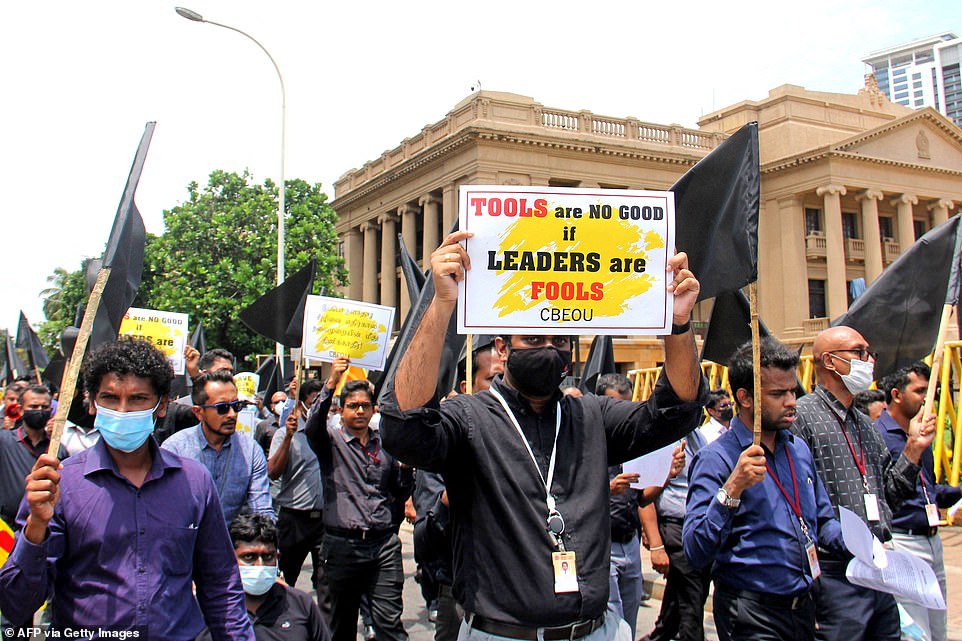 A protestor outside the President’s capital office building wields a sign which reads: ‘Tools are no good if leaders are fools’ 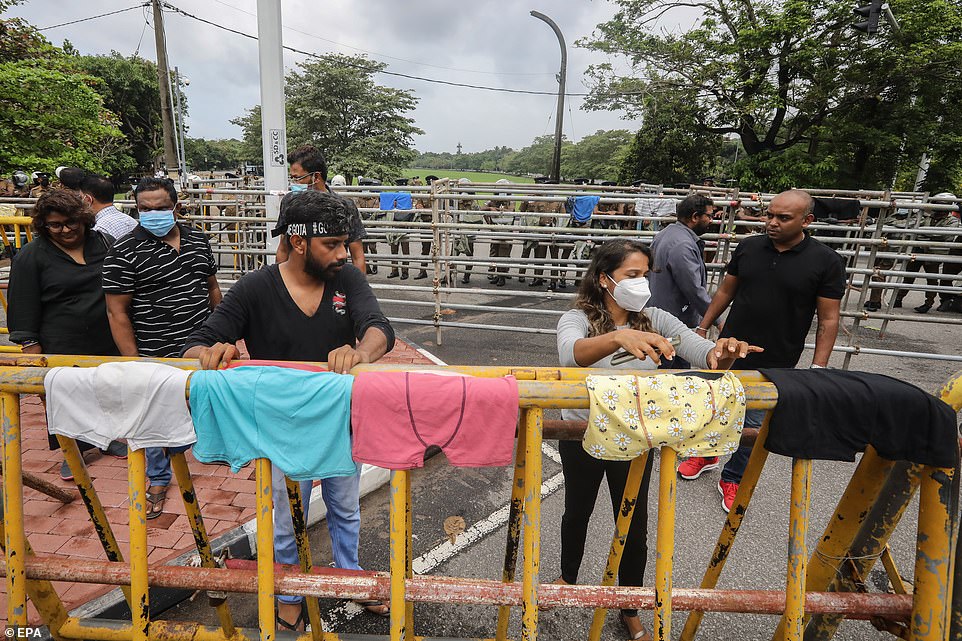