Wake up and smell the bacon! Staffordshire bull terrier Veda has a hilarious reaction when her owner places a rasher under the dozing dog’s nose

This is the comical moment an owner wakes his sleepy dog from her nap using a solitary piece of bacon.

The footage, captured by owner John Gordon Arquette III at his home in Phoenix, New York, shows the nine-year-old Staffordshire Terrier named Veda wake up when the delicious rasher is placed underneath her nose.

The canine lies motionless on her dog bed before the piece of meat causes her nose to twitch uncontrollably and she opens her eyes. 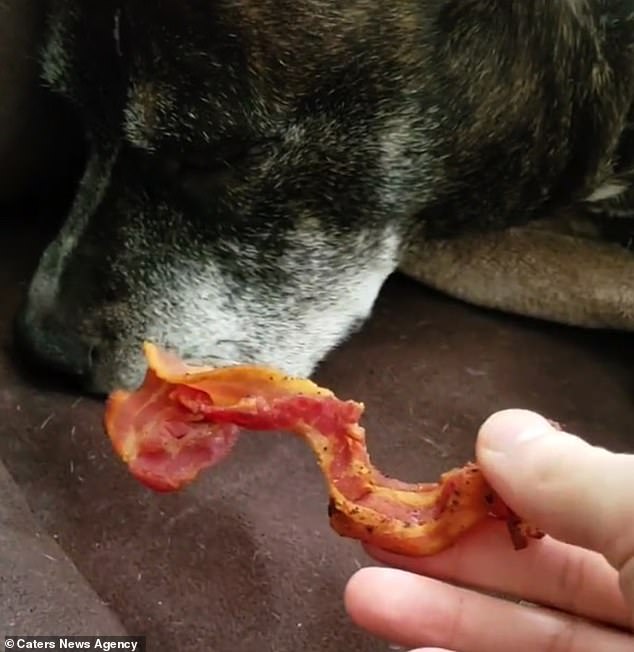 The nine-year-old Staffordshire Terrier named Veda lies on her bed in Phoenix, New York, before a piece on bacon is placed next to her 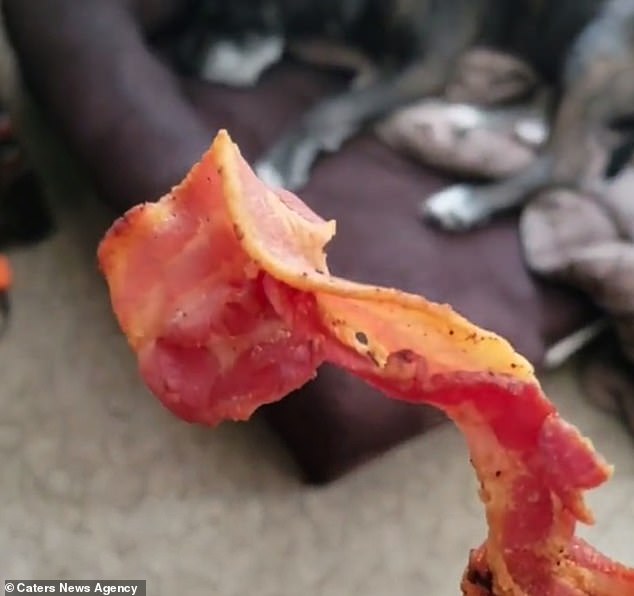 During the clip, which was filmed on December 22, 2019, Mr Arquette holds the bacon in his hands and walks towards his sleeping dog.

He lays the fried treat next to her nose and watches as her nose begins to twitch and her ears start flapping.

Veda slowly opens her eyes and locates the piece of bacon before consuming the salty treat.

Following the comical incident Mr Arquette said: ‘My parents made breakfast that morning, and they left behind one piece of bacon. 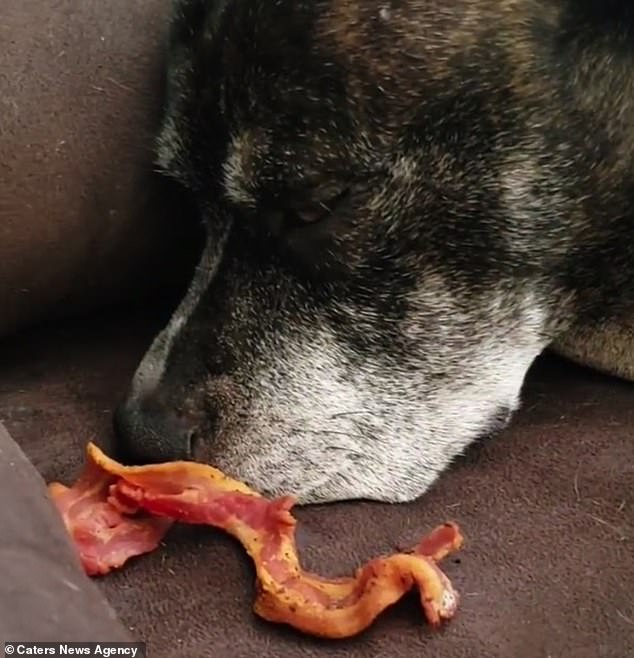 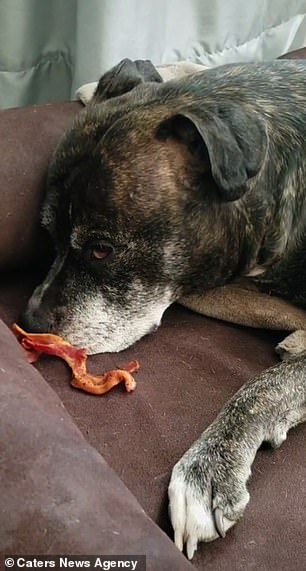 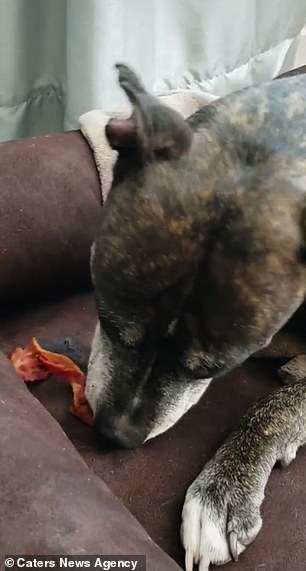 ‘I noticed Veda was sound asleep and decided to see how long it would take her to wake up if I placed bacon in front of her nose.

‘Almost instantly her nose began twitching. Shortly after I placed the bacon in front of her nose she slowly woke up, looked around a bit, almost confused, until she finally realised there was bacon in front her.

‘I thought her reaction was absolutely hilarious, and she never usually twitches like that in her sleep.

‘It was fun to watch her slowly wake up and realise her dreams had come true.’ 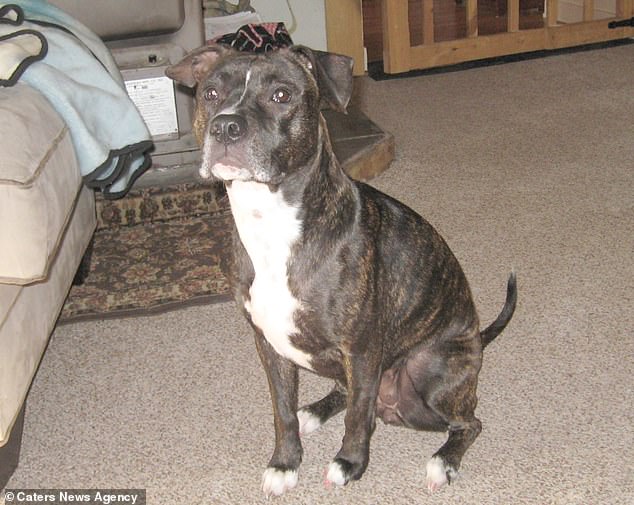 According to her owner, the family dog never usually twitches in the way that she did when the bacon was placed next to her