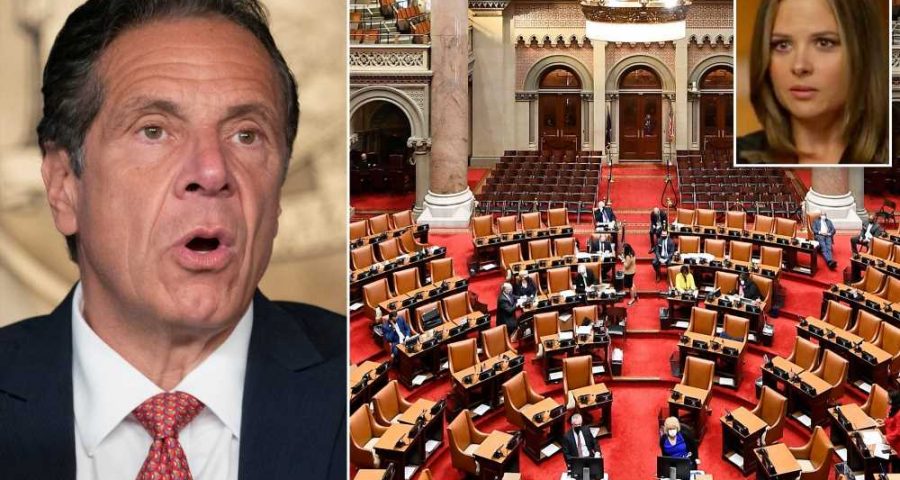 Cuomo has always been corrupt and other commentary

The state Assembly committee expected to move to impeach Gov. Andrew Cuomo will meet Monday morning — on the heels of his former aide going public with her groping accusations on national TV.

The legislators will meet in Albany at 9:30 a.m. for updates on its far-reaching investigation of the accused creep, who was given until Friday to submit any information he wanted it to consider in its findings.

The committee had told him that it was “nearing completion” of the probe and would “consider potential articles of impeachment.”

About two-thirds of state Assembly members have already said they favor an impeachment trial if Cuomo continues to refuse to resign despite the blistering report accusing him of sexually harassing 11 women.

Only a simple majority vote is needed to begin an impeachment trial.

Assembly Speaker Carl Heastie has already said that it’s “abundantly clear” that Cuomo needs to leave office after he “lost the confidence of the Assembly Democratic majority.”

While the audio of the committee meeting will be broadcast live on the web, Cuomo was also hit with a damning TV interview Monday.

“CBS This Morning” aired in full the first TV interview with Brittany Commisso, an executive assistant who accused Cuomo of groping her breast and behind and kissing her on the lips.

“The governor needs to be held accountable,” Commisso — identified only as “Executive Assistant #1” in Attorney General Letitia James’ report — told the network.

“What he did to me was a crime. He broke the law.”

Cuomo has repeatedly denied all the women’s claims, insisting he is just a touchy-feely, loving leader who is misunderstood. His lawyers have also insisted that the governor was “ambushed” by James’ investigation, saying it was rigged against him.

Leaders including President Biden have called on Cuomo to resign.

Meanwhile, the governor’s leading — and most ferocious — top aide, Melissa DeRosa, resigned late Sunday after what she called an “emotionally and mentally trying” two years.