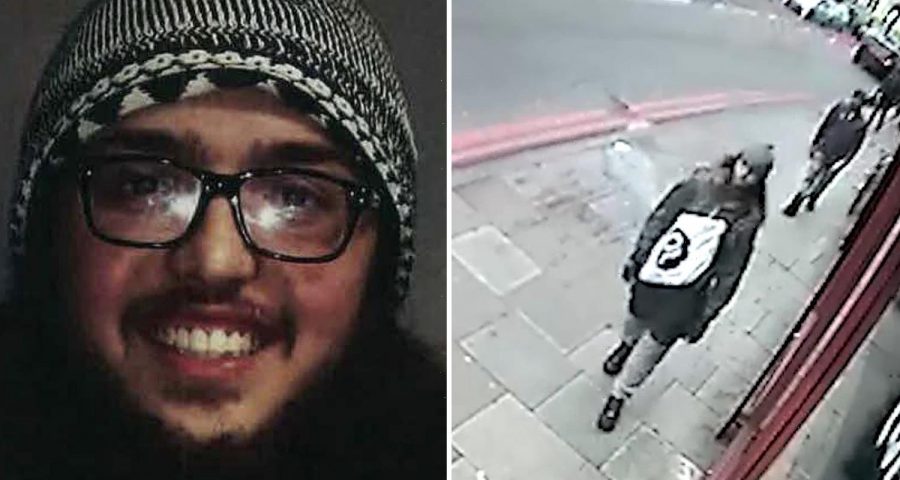 A VICTIM of the Streatham terror attack has recalled the moment he “couldn’t breathe” after being knifed by a convicted terrorist.

The man, who has not been identified, told an inquest into the terrorist’s death how he overheard someone in the ambulance say “he’s not going to make it”. 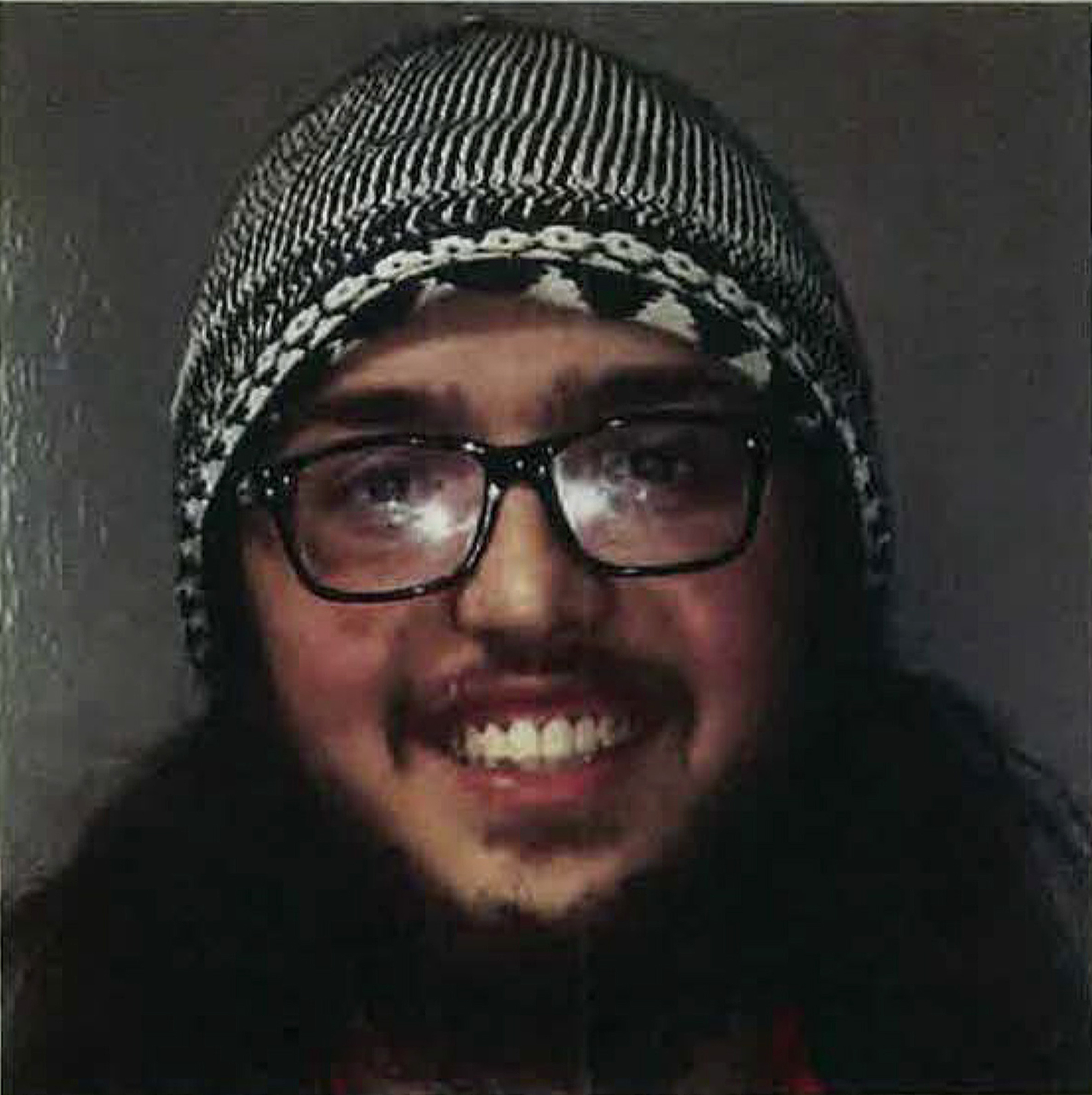 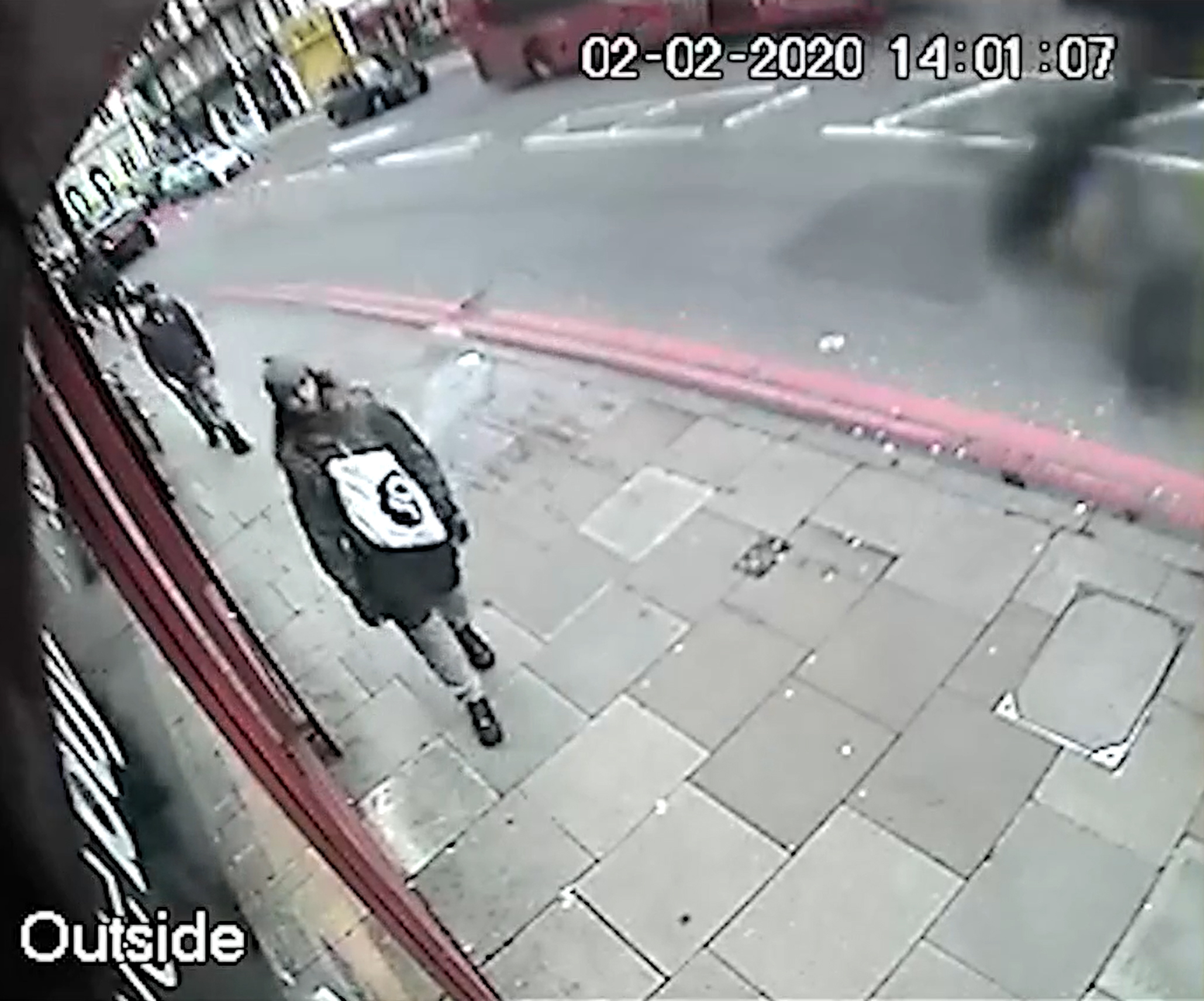 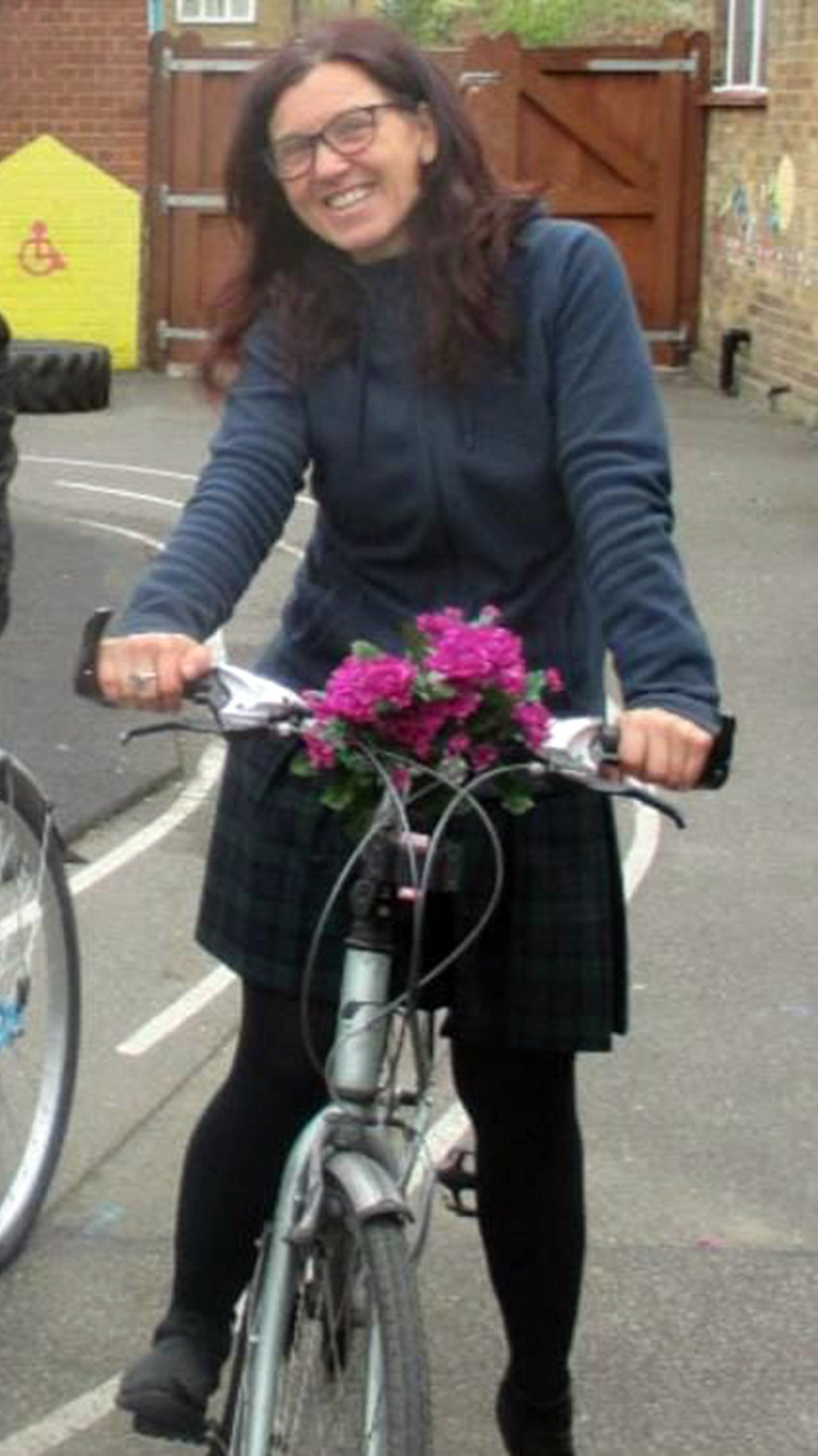 Sudesh Amman, 20, had raced up the busy street in South London, lunging at people seemingly indiscriminately with a large kitchen knife.

He was shot dead by armed undercover police 62 seconds after he stole the knife from a shop and began his atrocity, shortly before 2pm on February 2, 2020.

Both his victims – the man, and a woman pushing a bicycle – survived.

Sections of their police statements were read to inquest jurors at the Royal Courts of Justice today, although, in a highly unusual move, their names were not mentioned during the hearing.

The man told cops: "I didn't realise I had been stabbed until I saw the blood.

"I felt something on my right-hand side, blood was spurting out and hitting my hand.

"I couldn't breathe when the knife went in.

"I looked but couldn't believe it until I saw the blood hitting my hand and realised it was me."

The man said he walked three or four metres before falling over, at which point he was tended to by two passers-by, Katherine Day and Thomas Baldwin, who began performing first aid.

'I WILL NEVER FORGET'

He said: "They cut off my clothes, they saved my life. I will never forget.

"It really hurt when they put me on the ambulance bed. I heard someone say: 'We can't drive, he's not going to make it.'

"Then I don't remember anything until the hospital. I was awake until they put the mask on me.

"I didn't see the person who did this because they came from behind. I would have no idea why someone would do this to me."

He added: "Thank God for the doctors, or I would be dead."

The man said he suffered five wounds including those from surgery, and could not lift things or turn his head properly following the stabbing.

The female victim, who was named as Monika Luftner at the time of the attack, was walking north just ahead of Amman when he ran out of the shop with the knife.

She told police: "All of a sudden I felt someone push me with their body on my shoulder, it was like someone pushing through a crowd.

"I looked towards my left shoulder, I remember seeing an Asian man's face.

"I suddenly felt pain in my right shoulder towards my upper back.

"I took about four steps forward when I heard people shout: 'She's been stabbed.'

"I thought if I had been stabbed, why were people walking past me? I doubted myself.

"Due to the pain I dropped my bike onto the floor.

"As I went into the kneeling position on the pavement I heard shots. I was scared because I thought they would shoot us, so I hid behind my bike."

Ms Luftner, suffered a 2cm (1in) wound to her back and was sent home from hospital later that day.

Amman had only been released from Belmarsh prison 10 days earlier after serving part of a 40-month sentence for terror offences, despite pleas from police and MI5 to detain him for longer amid concerns that he remained a danger to the public.

Amman, who was of Sri Lankan descent and was raised in Coventry and Birmingham before moving to Harrow in North West London, was seen buying four small bottles of Irn Bru, some parcel tape and kitchen foil from a nearby Poundland on January 31.

It prompted police to call an emergency meeting at which it was decided to ramp up security rather than arrest him amid fears that he might use the materials to fashion a suicide belt.

Amman struck two days later and was found to be wearing a "crude" explosive device replica, made out of the items he bought at Poundland.

The inquest was adjourned until Friday. 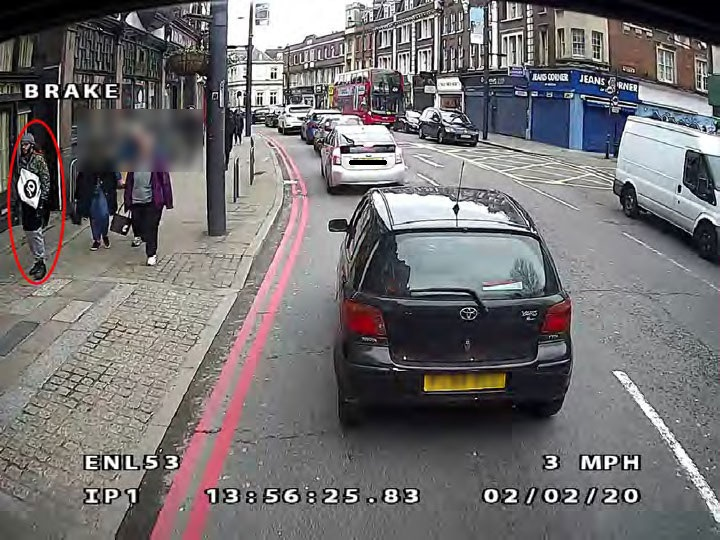 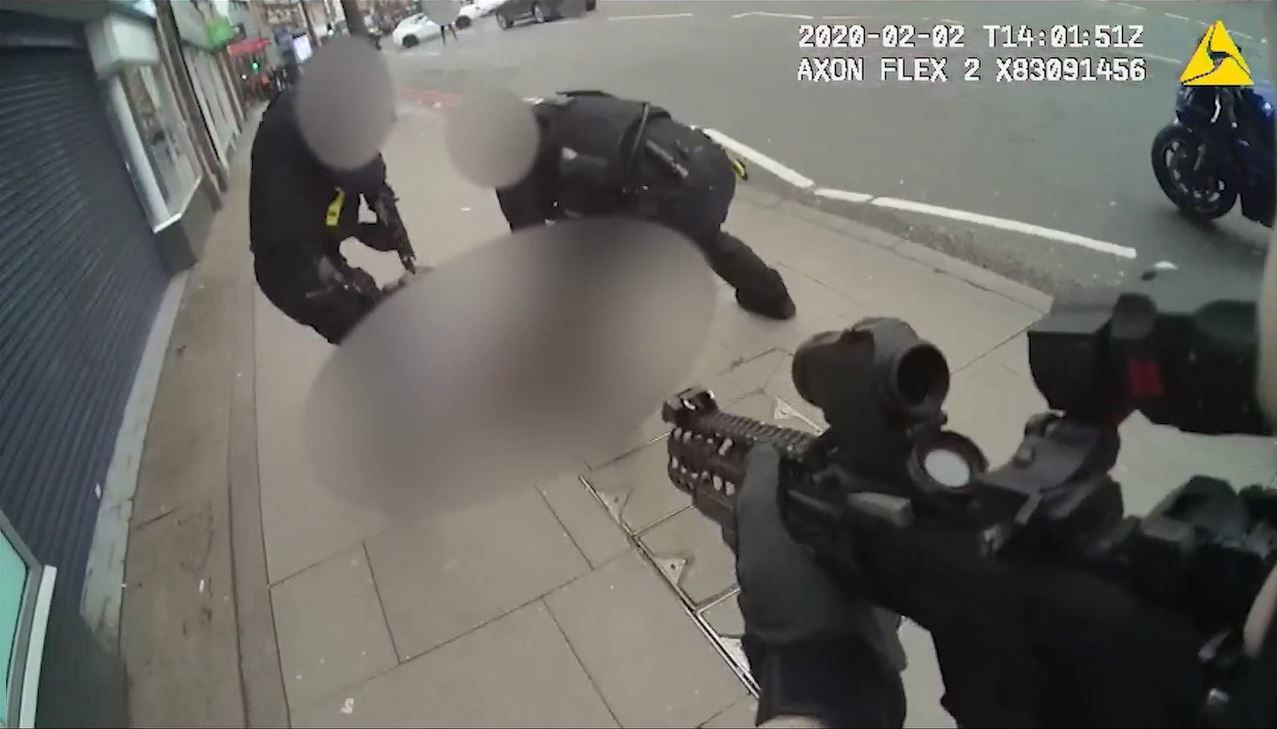