Beijing: US lawmakers are to debate a bill banning the use of the word "president" to refer to Xi Jinping, the Chinese leader, a move designed to highlight the fact he is not democratically elected.

Xi is head of state, or literally "state chairman" in Chinese. He is also general secretary of the Communist Party and chairman of the central military commission. 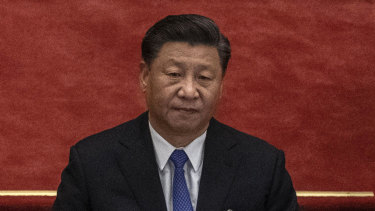 The bill would block the use of federal funds for government documents or communications that refer to Xi as "president".

The bill was introduced by Scott Perry, a Republican congressman who has brought forward a spate of bills directed at China.

The US Treasury and Commerce departments have sanctioned Chinese officials responsible for human rights violations against Muslim minorities and eroding freedoms in Hong Kong.