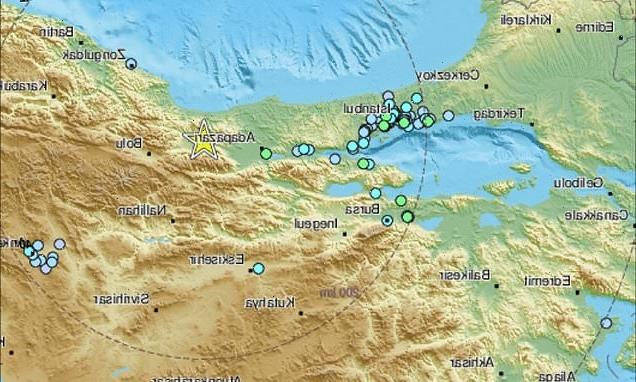 Strong 6.1-magnitude quake rattles northern Turkey and is felt as far away as Istanbul and Ankara – sparking fears of damage

A 6.1-magnitude earthquake hit western Turkey in the early hours of Wednesday, according to the US Geological Survey.

The quake was at a depth of 1.24 miles. The European-Mediterranean Seismological Centre said residents felt the earthquake at 4:08am local time.

It was centered approximately 9 miles northwest of Düzce, around 32 miles northeast of Adapazan in the west of the country.

Turkish residents felt the earthquake as far away as Istanbul, Ankara, Bolu, Gölcük and Gebze.

Omair Anas, in Ankara, said: ‘Woke up at 4:3am amid massively shaking building and bookshelves as if they would fall.

‘Never felt such a massive quake in my life in Ankara. Just last week the municipality had conducted a big drill for earthquake [safety]. Wish everyone in Turkey safety!’ 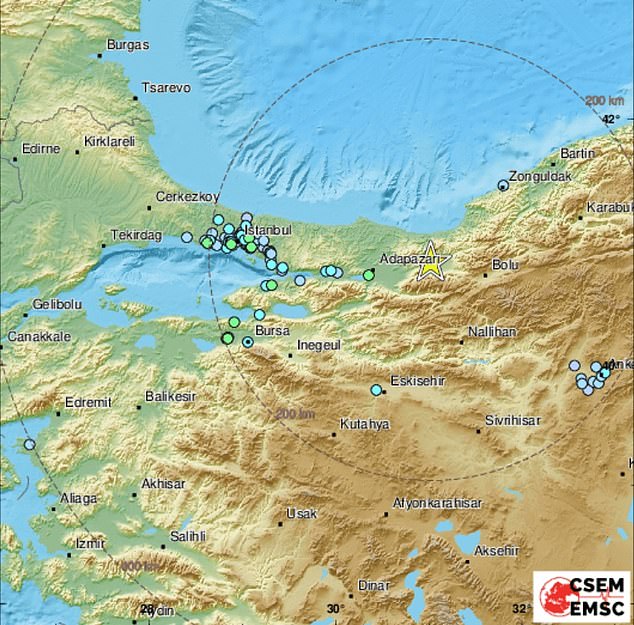 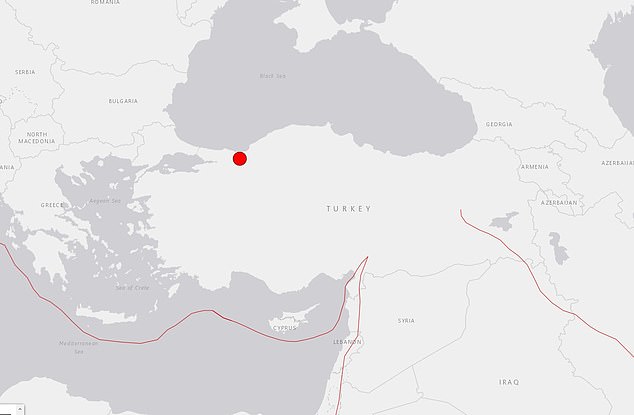 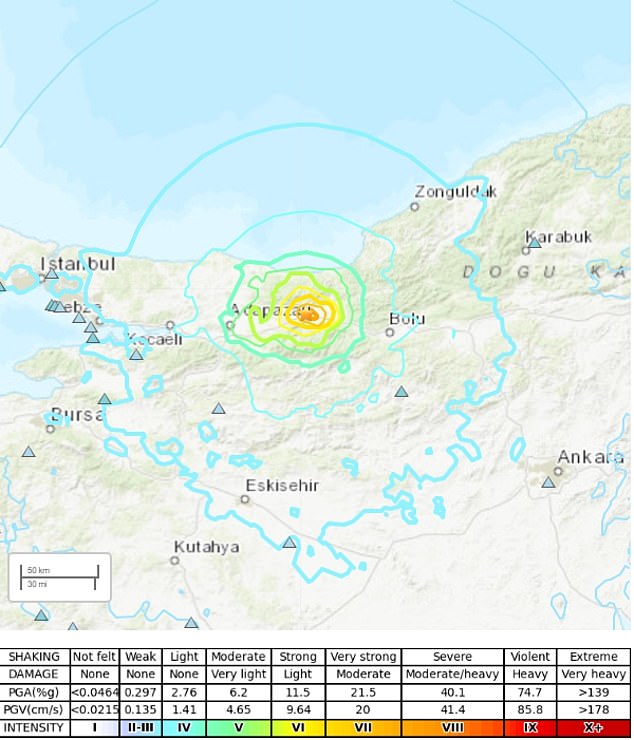 One TV studio began shaking as it was being broadcast live to Turkish viewers, while other residents uploaded security camera footage of their cars and gates rattling as a result of the quake.

Abdifatah Aden added: ‘Just felt an earthquake tonight here in Istanbul, Turkey. My apartment started rambling as if its about to collapse.’

Another resident said it was the ‘strongest earthquake’ they ever experienced in Turkey.

Real-time network data showed a significant disruption to internet connectivity in Düzce following the earthquake, according to NetBlocks.

‘In Düzce, the epicenter of the earthquake, there is a serious interruption in the internet,’ said Ersin Çahmutoğlu on Twitter.

‘In Sakarya, we are also having problems with mobile internet connection. Power cuts continue in many places in Düzce and Sakarya.’

The Turkish Interior Minister said there have been no reports of casualties as of the time of writing, according to Middle East Eye.

Details as to the extent of the damage were not immediately known.