The Press Association claimed a ‘post-sale integration document’, which outlines the benefits of the two companies joining forces, is already in circulation and the firms are exploring the detail of cost savings after a tie-up. 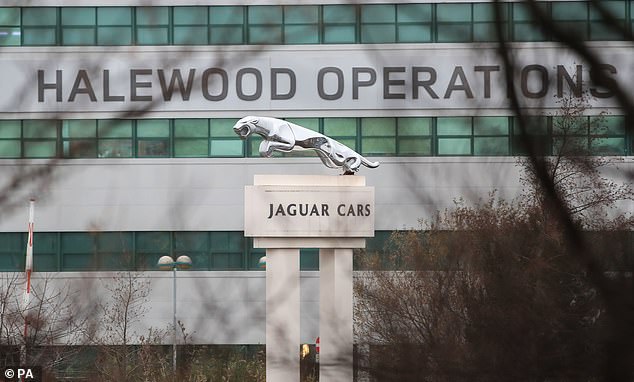 ‘As a matter of policy, we do not comment on media speculation, but we can confirm there is no truth to these rumours,’ said a spokesperson for the Indian carmaker, which owns 100 percent of JLR.

PSA shares jumped after publication of the PA report, before falling back after Tata released its statement, and were down 2.85 percent as of 1431 GMT.

‘On principle we are open to opportunities that could create long-term value for PSA Group and its shareholders,’ said Alain Le Gouguec, a spokesman for the Paris-based manufacturer.

PSA is setting new profitability records even as it continues to integrate Opel/Vauxhall, acquired from General Motors in 2017, and has previously signalled openness to further acquisitions.

The relative fuel-efficiency of its vehicle technologies is a valuable asset as carmakers battle to meet tougher European emissions targets and avoid huge fines.

JLR, by contrast, faces one of the toughest challenges to comply with looming carbon dioxide goals – compounded by the uncertainty and disruption of Britain’s protracted departure from the European Union.

Tata posted a record $4 billion loss for its fiscal third quarter ended Dec. 31, and warned that JLR would swing to an operating loss in the full year to March.

A spokesman for PSA – owner of Peugeot, Citroen and Vauxhall – told the Press Association that the firm was in ‘no hurry’ to make acquisitions and could ‘stand alone’.

However Pierre-Olivier Salmon added: ‘If an opportunity comes, like Opel (Vauxhall), we will consider it.’

Jaguar Land Rover has been struggling in recent months, making redundancies across its business and cutting back production at its plants.

In January it announced it was to make 4,500 job cuts, mainly in the UK, following 1500 job losses last year.

Jaguar Land Rover became the UK’s largest car manufacturer in 2016 but sales have declined precipitously in china in the last year.

Sale in China dropped 44 per cent between July and September last year – turning China from its biggest sales market to its smallest.

The company pointed to a downturn in China as a reason for the job losses and lower demand for the diesels which make up most of its products.

In the UK, ‘continuing uncertainty related to Brexit’ was blamed.

PSA, meanwhile, has been flourishing since it bought Vauxhall-Opel in 2017.

It has returned the struggling brand to profit in less than two years and is cash-rich with revenue up 18.9 per cent in 2018 to £63.7m.

PSA chairman Carlos Tavares has made no secret of his desire to acquire the UK-based luxury car manufacturer.

During an interview with Autocar India in April, he said he believed it would be good for PSA to have a luxury brand and that the company was ‘considering all opportunities’. 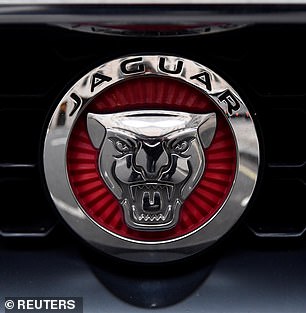 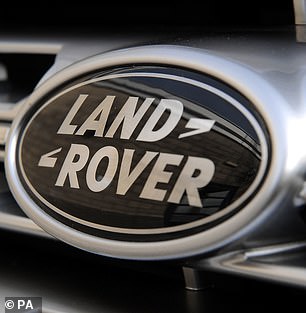 Jaguar Land Rover became the UK’s largest car manufacturer in 2016 but sales have declined precipitously in china in the last year, previously the firm’s biggest market

Sources inside JLR have told the Press Association that despite public statements downplaying the prospects of a tie-up, ‘things are moving quickly behind closed doors’.

One insider, who has seen the integration paperwork, said: ‘To have a document like this in circulation at the two firms points to the fact things are very far down the line with either a sale or acquisition.

‘Just look at how close the two firms are in the UK – the two head offices in Coventry and Gaydon are just 25 miles apart and both firms make cars in the UK.

‘There are plenty of ways the two companies could save money by working together.’

Automotive industry expert Professor David Bailey of the Birmingham Business School believes the tie-up could be a good fit for both brands.

He said: ‘PSA said last month it was interested in acquiring JLR but [its owner] Tata publicly ruled out a sale.

‘Tata shareholders’ patience may be wearing thin, though, given recent JLR losses. A partial sale may be an option.

‘I’m sceptical about JLR being able to go it alone bearing in mind the need for very high research and development spend on new technology given that the auto industry will transform itself in the coming years towards connected, autonomous electric cars.

‘At some point JLR may have to collaborate with another auto firm. A partial PSA stake might open that up.’

Tata Motors – 100 per cent owner of JLR – said ‘there was no truth to rumours that Tata Motors is looking to divest its stake in JLR’.