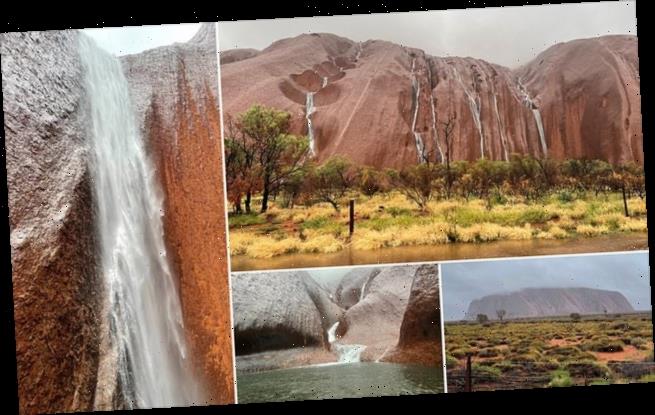 Water is cascading down the side of Uluru after torrential rain, creating stunning waterfalls against the world-famous rock and changing the colour of its red face.

The incredibly rare event was caused by almost 50mm of rain falling on the desert area in Northern Territory’s Uluru-Kata Tjuta National Park over the weekend.

Hundreds of tourists flocked to the iconic tourist attraction in recent days and shared stunning footage and photos of the rare scene to social media. 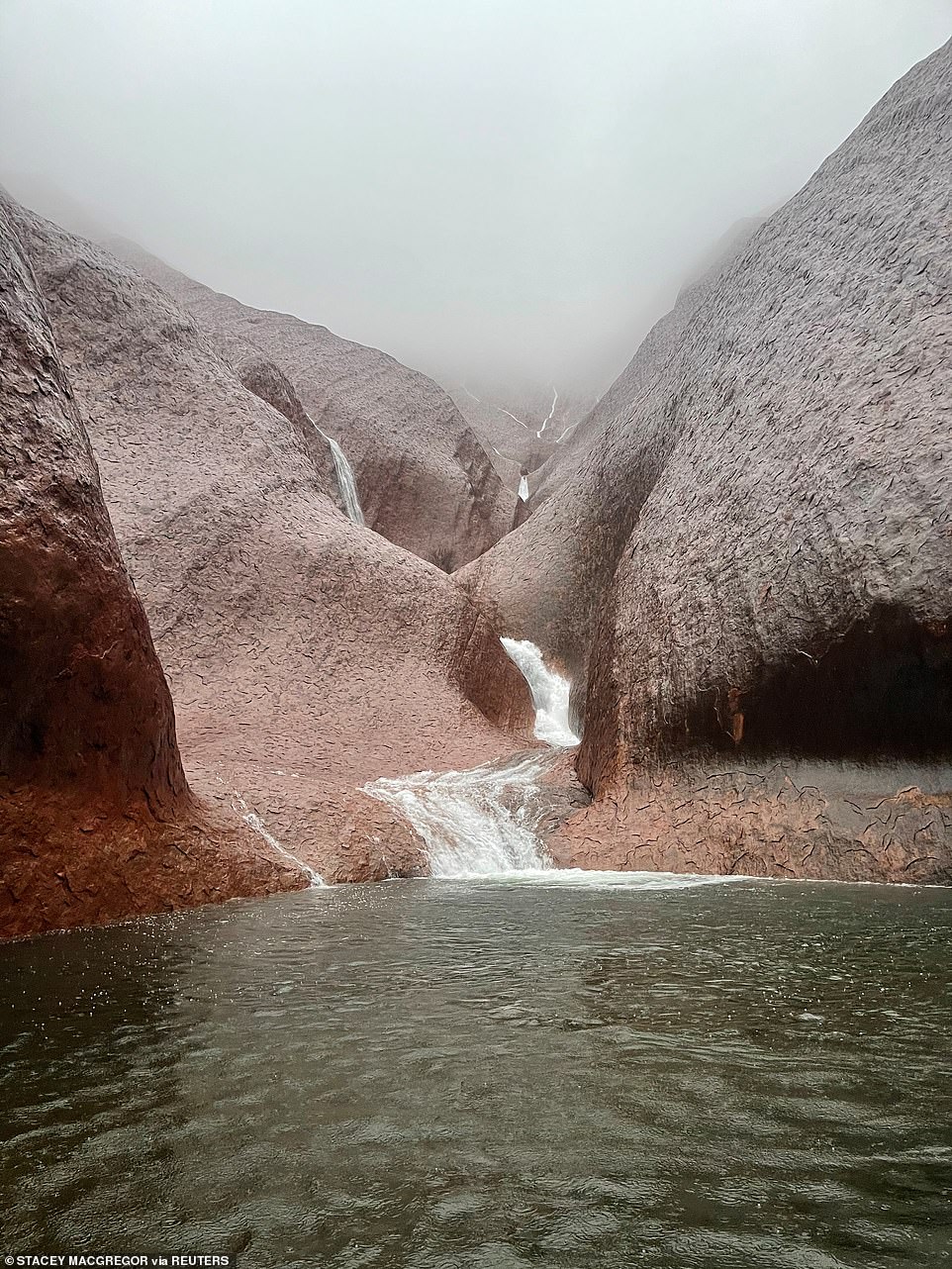 ‘The unique and extraordinary weather event saw tourists and locals alike flocking to the National Park to get a glimpse of the full flowing waterfalls,’ Uluru-Kata Tjuta National Park posted on its Facebook page.

‘Rainwater on the rock’s surface causes it to change colour. From dark burgundy to shining silver and even black, every side of Uluru takes a different shade, making this spectacle a photographer’s delight.

‘Following the rain, desert plants bloom and many animals emerge to mate and feed.’

Mutitjulu waterhole at Uluru turned into a picturesque waterfall on Sunday while tourists filmed water cascading through it as unseasonal torrential rain hit the Top End.

‘Dream come true at Uluru. For years I’ve longed to see it Raining on the Rock. Today it happened,’ one woman wrote alongside a photo of Uluru. 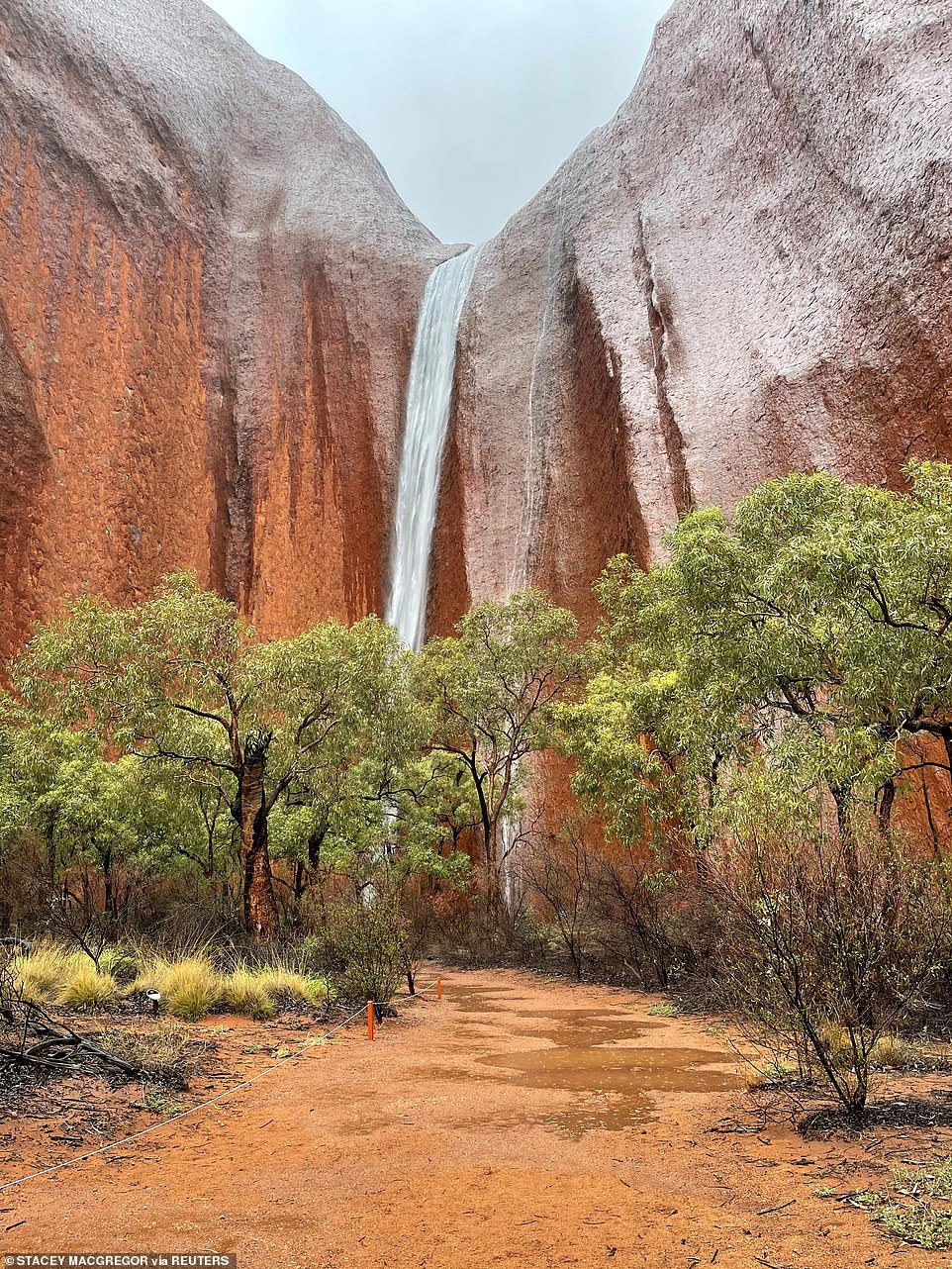 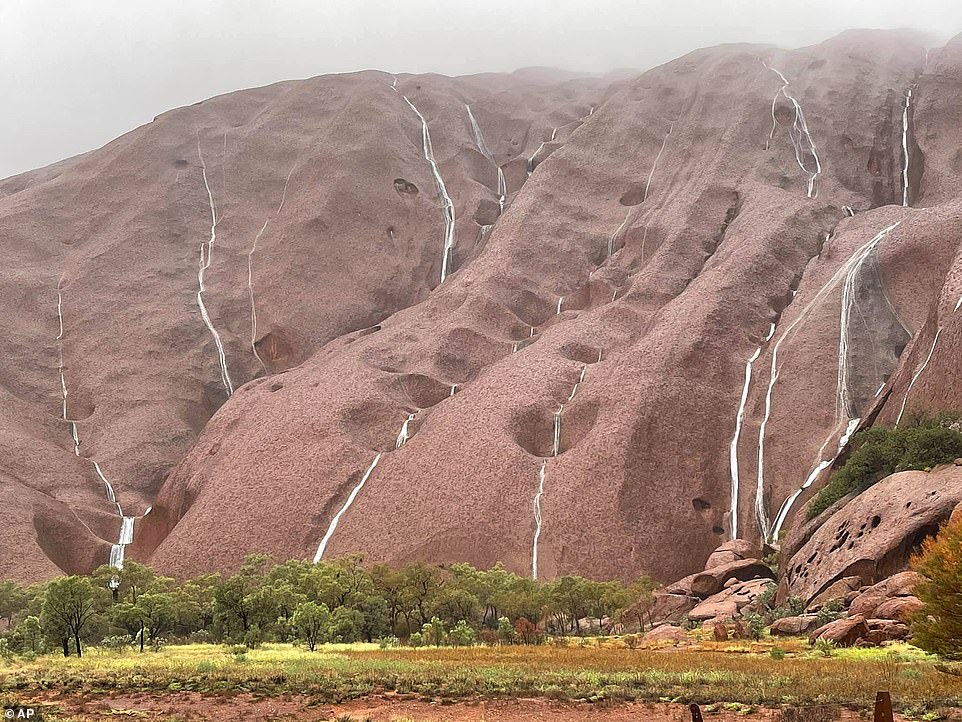 Once covered with tourists climbing the rock, Uluru has turned into cascading waterfalls after almost 50mm of rain on the weekend

Another woman commented: ‘Beautiful, on my one and only visit to Uluru, I was lucky enough to encounter a rain storm and see it’s full beauty. Incredible to see how the colours changed by the hour!’

Formerly known as Ayres Rock, thousands of tourists flocked to the Northern Territory to climb Uluru before it was banned in October 2019.

Thousands still visit Uluru, which is regarded sacred by the local Anangu people.

With more heavy rain forecast for the Northern Territory in the coming days, the park reminded tourists to check weather conditions before visitors and to not drive through flooded roads.

WHY DID ABORIGINAL ELDERS ASK FOR A BAN ON CLIMBING ULURU?

It was announced in November 2017 that climbing Uluru, considered a sacred site by the local Anangu people, would be banned from October 26, 2019.

Uluru-Kata Tjuta National Park’s board of management, made up of a majority of Aboriginal traditional owners, unanimously decided to close the climb.

Traditional owner and board chairman Sammy Wilson said on behalf of the Anangu people it was time to do so.

‘We’ve talked about it for so long and now we’re able to close the climb,’ Mr Wilson said. ‘It’s about protection through combining two systems, the government and Anangu. 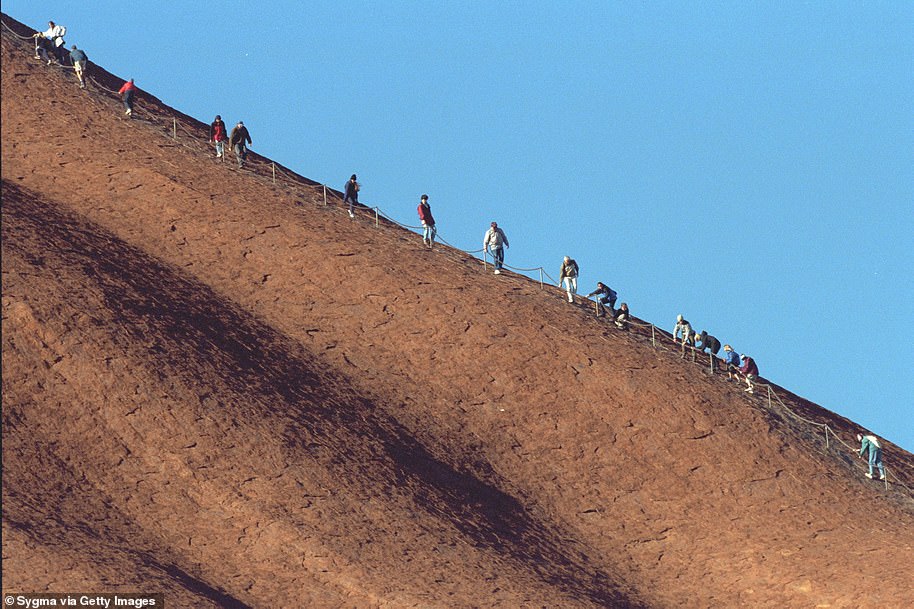 ‘This decision is for both Anangu and non-Anangu together to feel proud about; to realise, of course it’s the right thing to close it.

‘The land has law and culture. We welcome tourists here. Closing the climb is not something to feel upset about but a cause for celebration. Let’s come together, let’s close it together.

‘If I travel to another country and there is a sacred site, an area of restricted access, I don’t enter or climb it, I respect it. It is the same here for Anangu. We welcome tourists here. We are not stopping tourism, just this activity.’

On 26 October 1985 Uluru and Kata Tjuta – formerly known as the Olgas – were handed back to the Anangu people.

More than 60mm of rain fell across the Lasseter and southern Simpson districts on Sunday as a cloud band strengthened over central Australia.

Over the course of three days, 68mm fell at Walungurru, 65mm at Finke River, 53mm at Colyer Creek and 50mm at Alice Springs Airport.

Alice Springs is having its wettest wet season in a decade with 276.6mm rain recorded so far with another one-half

More heavy rain is on the way for the Top End after last weekend’s downpour.

A trough is moving up from Tennant Creek which will create increased shower and thunderstorm activity from Thursday.

Heavy falls from the trough are possible before it reaches Darwin on Friday. 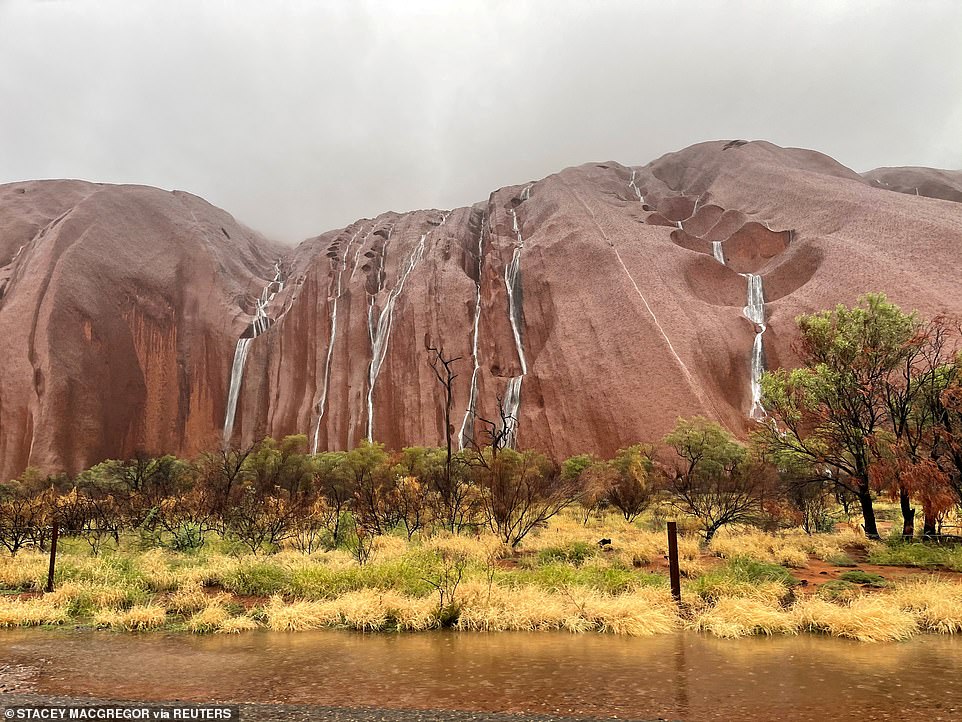 WEATHER FORECAST IN YOUR CITY