The ten million people who live in the English countryside are served by grossly inadequate healthcare, they say. And with GP practices, community hospitals and nursing homes closing, things are getting worse.

While other parts of the NHS are turning to revolutionary online systems and app-based healthcare, patchy mobile service and substandard broadband means this is a pipedream in many rural areas. 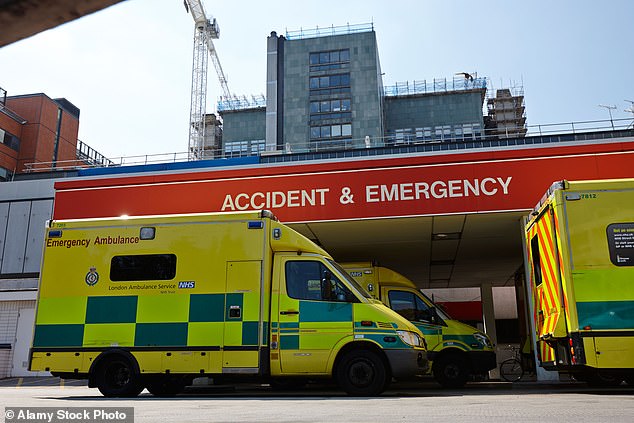 The Royal College of Nursing’s annual congress in Liverpool heard yesterday that ambulances can take nearly an hour to reach patients with life-threatening conditions.

Elderly patients are being stranded in their homes unable to get to appointments because of poor public transport, while others face a £100 taxi fare and a 60-mile round trip to attend routine hospital appointments.

And Health Secretary Matt Hancock’s vision for the NHS to become a digital health service will fail as many parts of the countryside cannot get even basic 3G mobile phone coverage, nurses said.

Gwen Vardigans, from North Yorkshire, said: ‘Most city dwellers have a romantic view of country living. The reality for rural residents is very different if you require healthcare.’

Speaking ahead of a debate on the issue yesterday, nurses revealed their experiences of the struggling healthcare system. One told how a sepsis patient in North Devon had to wait 55 minutes for an ambulance. Another said she had waited with a patient having a heart attack at a GP surgery in Dorset for 45 minutes before an ambulance arrived.

Community nurse Ali Purkiss, from Devon, said: ‘It does make you think, you possibly wouldn’t survive.’ She said cuts to hospital transport and poor public transport meant patients in North Devon faced a £100 round-trip taxi fare to hospital 25 miles away for routine appointments.

Dawne Garrett, a community matron, said poor phone and broadband connections meant she could not access vital blood results on a home visit. ‘The broadband is too weak. I can’t download anything,’ she said.