The federal government says repatriated Australian family members of Islamic State fighters will be resettled wherever they came from, reassuring mayors who voiced concerns they would all be moved to Sydney’s west.

Home Affairs Minister Clare O’Neil visited south-west Sydney on Friday to meet with the mayors of Fairfield, Liverpool and Campbelltown, who feared their suburbs would be used as a “dumping ground” for the relatives. 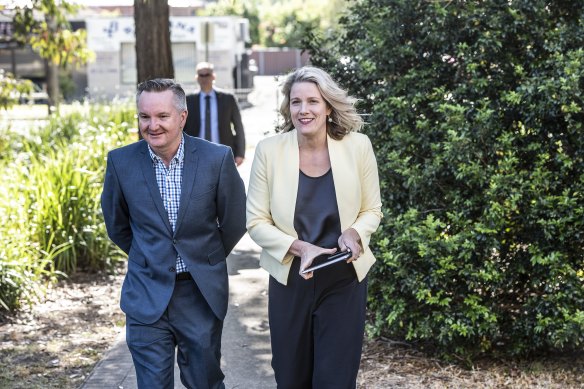 The government’s decision to repatriate so-called “IS brides” triggered criticism from the mayors, who argue the move poses security risks and will re-traumatise refugees who have fled Islamic State violence in Iraq and Syria.

O’Neil would not say where the first family members — four Australian wives and their 13 children — who arrived in Sydney from Syria in October would be resettled, but said they were “returning to where they came from”.

She said the meeting, which was attended by Labor MP Chris Bowen and senior officials from ASIO and the Australian Federal Police, underlined the complexities the government faced in repatriating the relatives. Bowen’s federal electorate of McMahon covers parts of Fairfield, Penrith, Blacktown and Holroyd.

Fairfield mayor Frank Carbone said the mayors had been told during the “robust” discussion that the repatriated relatives would be resettled with their families, and not necessarily all in Sydney’s west.

“It’s really clear to me that after this discussion that western Sydney will not be used as a dumping ground, which is great news for our community.

Carbone said the minister “took on board … the real victims are the refugees, those people who actually fled ISIS.”

Bowen said the meeting had cleared up some “misunderstandings” in the community about the operation. 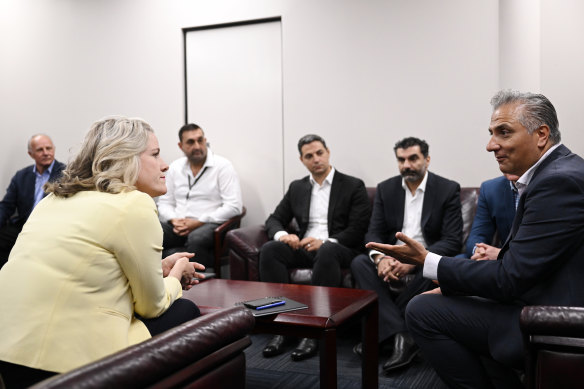 “The assumption that people are being settled in a particular place, like Fairfield, is not correct.”

The mayors believed at least one of the repatriated women had been resettled in one of their council areas.

O’Neil said she had not met with the mayors to discuss the operation earlier because the government had “made a decision on national security grounds” and it was not appropriate.

She said the government had worked through the operation carefully and during “a number of months”.

O’Neil said no decisions had been made on repatriating any more citizens than had already been returned.

“The Australian government has a choice. We can bring these people back to Australia in a managed way where we can make sure that the community is kept safe.

“Or we can see these people return after a bunch of Australian children have grown up in a camp where they are subjected every day to radical ideologies.”

Carbone said he’d been assured the operation was low-risk, but he didn’t necessarily feel it was safe.

“At the very least I feel we’ve been consulted,” he said. “I think the government does need to listen to communities a bit more.”

The four women and 13 children arrived in Sydney from the Roj refugee camp in northern Syria on October 29.

They were the first group of Australians to be rescued from Syria since the collapse of the Islamic State fundamentalist terror group in 2019.

The federal government recently overturned a Coalition decision that refused repatriation to the families.